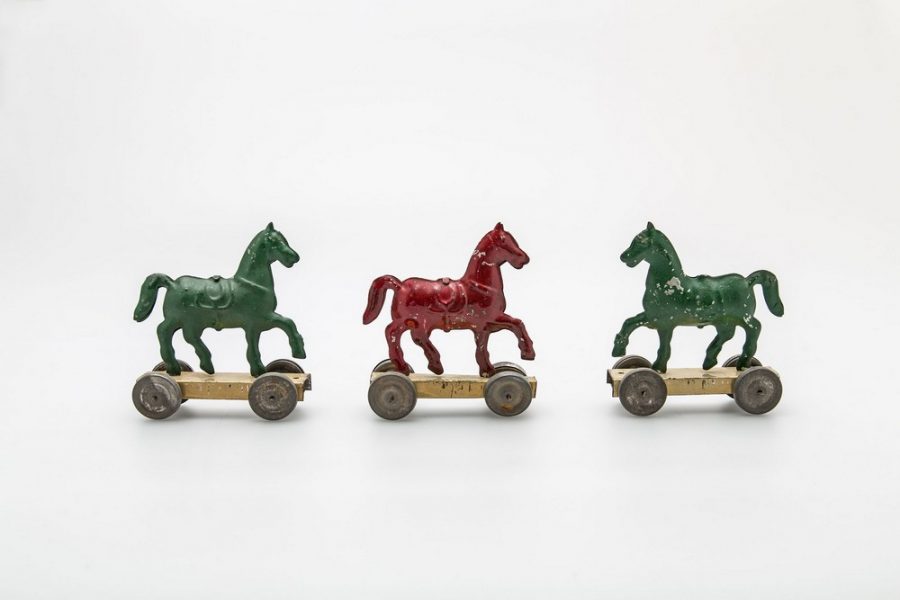 A trip to the museum just became a much easier sell for families with young children in Athens. The Benaki has opened an exciting new public exhibit “Childhood, Toys, and Games”, housed in an impressive neo-Gothic tower in seaside Faliro.

Today’s gadget-obsessed children will receive an illuminating glimpse into a lost world of more innocent playtime pursuits at the Benaki’s new toy museum, recently opened to the public at Kouloura Mansion, a stately stone dwelling bequeathed to the Benaki by Vera Kouloura.

The building is now home to the extensive collection of historic toys and games that was donated by Maria Argyriadi in 1992 and which tallies almost 20,000 items from all over the world, including Greece and Europe, Japan and China, and spanning from antiquity and Byzantine periods to the 17–20th centuries.

Among the fascinating collection is the little horse that great statesman Eleftherios Venizelos donated to his grandson Lefterakis for his birthday in 1927. Other curiosities include early mechanised carousels; “modern” theatrical dolls; vintage costumes of stage designer Dionysis Fotopoulos; children’s literature; sporting amusements; and popular boys and girls games throughout the ages – all of which aims to provide a marvellous insight into the daily lives of children from eras past.

A specialist library open to all interested parties includes 3000 books and studies relating to children and toys, archival sources, photographs, information about Greek manufacturers, and works on children’s literature and education, as well as general reference works.

In collaboration with the Benaki Museum Educational Programs Department, programs for kindergarten and elementary school pupils have been prepared. From Monday, schools can call for bookings for the whole year.

18 Sure Signs You’ve Become a Local