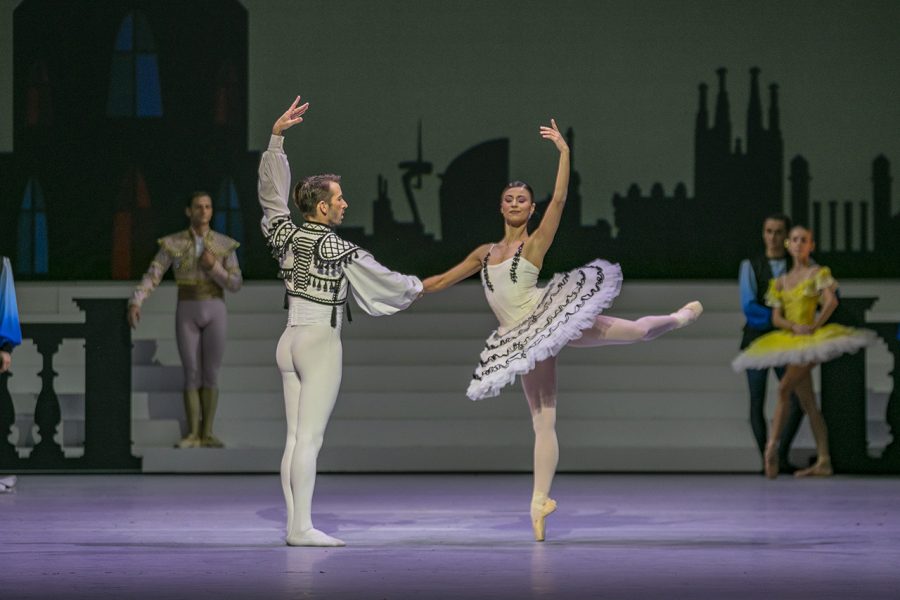 The Greek National Opera ballet presents an ambitious new production of Ludwig Minkus’ Don Quixote, one of the most celebrated ballets ever created. The choreography by Thiago Bordin is based on the classic original choreography by Marius Petipa, first presented in 1869 at the Bolshoi. On for seven performances –between 26 November and 31 December 2022– inside the Greek National Opera’s Stavros Niarchos Hall at the Stavros Niarchos Foundation Cultural Center (SNFCC), the work is conducted by Stathis Soulis, and has sets by George Souglides and costumes by Mary Katrantzou.

Don Quixote is one of the most important and popular works in the classical ballet repertoire. Guided by the singular music of Minkus, the choreography tells a story imbued with the lofty ideals of knighthood and chivalry, and never fails to touch audiences thanks to its skillful mix of comedy and romance. Don Quixote is based on episodes drawn from the renowned novel of the same title written by Miguel de Cervantes (1547-1616) and published across two tomes, in 1605 and 1615 respectively. The ballet’s plot, which mainly draws from the latter tome, focuses on the tempestuous love affair between Kiteria –Kitri in the ballet– and Basilio. The adventures of Don Quixote and his squire Sancho Panza, meanwhile, are treated here as secondary to the action.”

Drink till you’re Clumsy at The Clumsies Legendary Bar Show