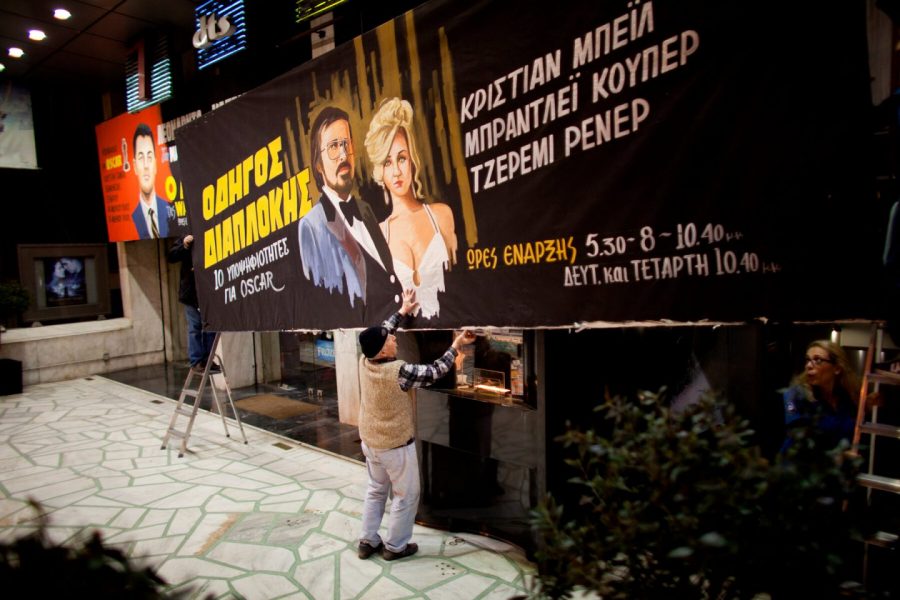 A trade-off to sneak in free movie nights ended up being an iconoclastic career choice for the late Dimitris Vassiliou, the last of a dying breed of film poster artists in Europe. Vassiliou’s posters at Athens’ emblematic Cine Athinaion at the intersection of Mesogeion, Alexandras and Kifissias avenues, had a bit of a cult status, with elements of 1940’s noir, comic-book fantasy and celluloid romanticism. 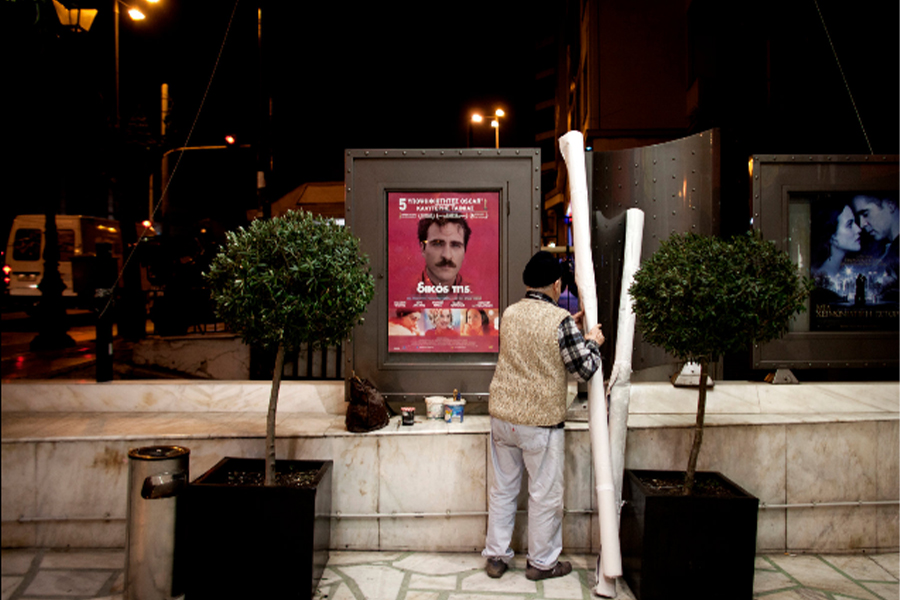 “When I stop breathing is when I’ll stop painting”, Vasilis Dimitriou, who immortalized Hollywood screen legends, used to say. And he did so diligiently, week after week, with a career spanning 70 years. He started off as a 15-year old teen just after WWII, until his passing on September 7 at the age of 85.  As the last living movie billboard painter in Greece, and one of only a handful in Europe, his craft is now on the verge of extinction. A photo essay of some of his iconic posters. 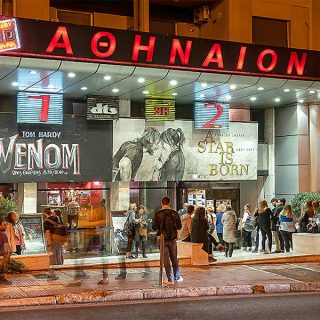 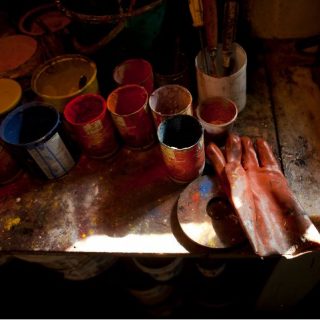 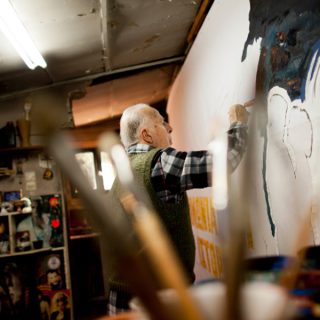