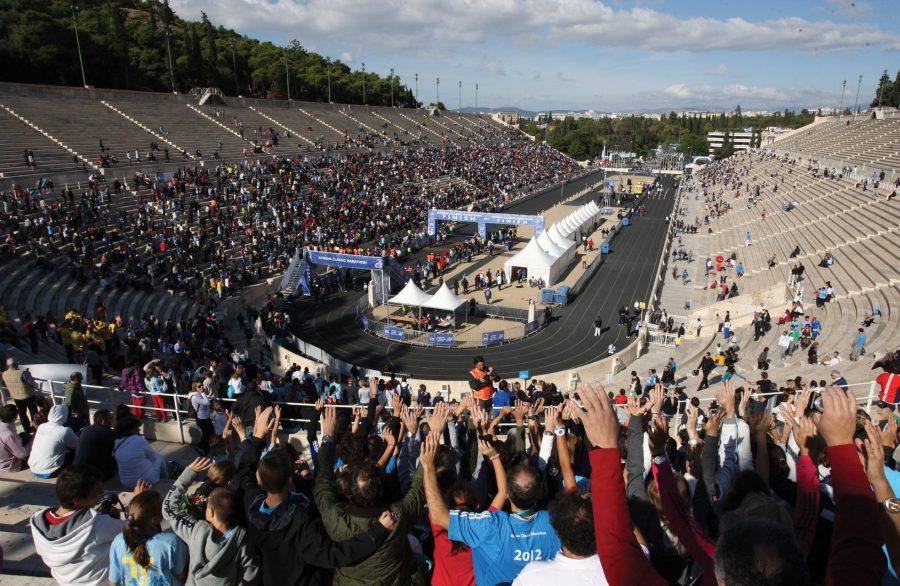 The mother of all marathons, the Athens Marathon, still packs all the passion and drama that Pheidippides must have felt running from Marathon to Athens to announce the victory over the Persians in 490 BC. If you haven’t ticked it off your bucket list yet, we suggest you do. If not, line the streets to cheer on intrepid participants!

Nowhere does the marathon take such historic proportions as it does in Athens. Pheidippides, the central figure in the story that inspired this modern sporting event, the marathon, is said to have run the 42.195 kms from Marathon to Athens to announce the victory over the Persians, only to collapse and die after mouthing the words Nikomen or victory. The race terminates at the majestic Panathenaic stadium, where the first Modern Olympics were held in 1896. if that isn’t enough motivation, aim for the smaller races the day before the 5 k and the 10 k and support a cause dear to your heart.

Virtual Art makes its way to the National Gardens