Menu
Home | City Life | Cooking In and Dining Out: A Hungry Englishman in Athens

Cooking In and Dining Out: A Hungry Englishman in Athens 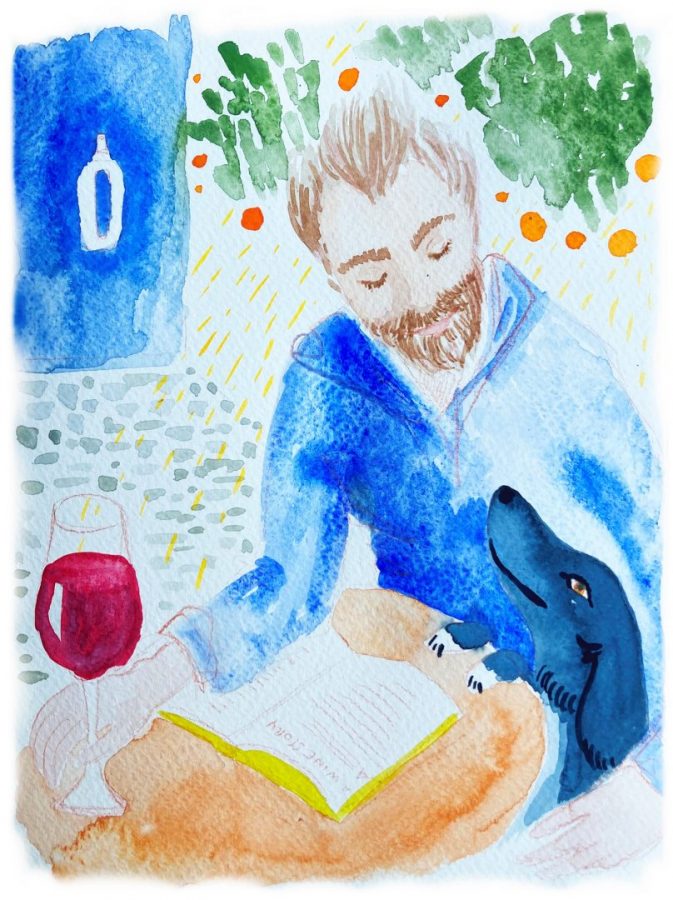 Raised on the knee of an adventurous cook in rural Devon, Tom Hall developed a taste for the finer things in life. Cursed with a sultan’s palate and a student’s wallet he began studying historic gastronomy before realising that if he wanted to eat well, he’d have to make it himself. Various cooking, eating and drinking engagements later, he moved to Athens to get serious about his epicureanism. In his weekly column for Athens Insider, he charts the history of his personal development in the kitchen, and of dining and drinking options in  his newly adopted city.

As a recovering Englishman I have a complicated relationship with a pun. (And before anyone thanks me for sharing, I’m recovering from Brexit Britain rather than the more traditional poisons, as will become apparent). We are taught from the cradle that puns are the lowest form of wit but that sentiment has always had the ring of the schoolyard infatuation for me; we love them really but just feel weird about it. However when it comes to puns and shops, things get awkward quickly, as demonstrated by a genre of UK hairdresser. (I’m looking at you, Barber Streisand.) So it was with a cocked ear that I first heard about Oinoscent in Syntagma Plaka. 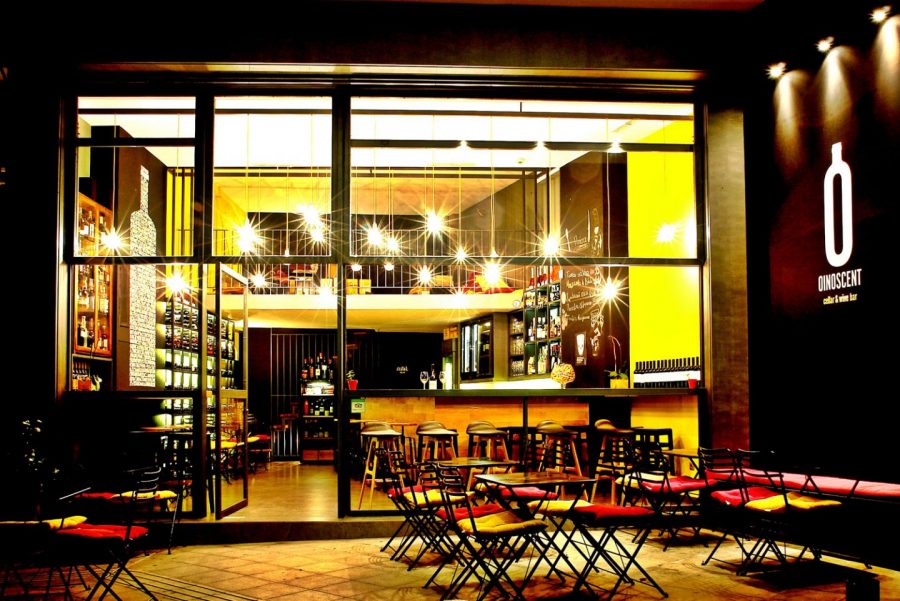 Thankfully, like the bar and its produce, this is sensitive, thoughtful and purposeful punning. It is the anti-Brexit of punning, uniting Greek, “oinos” meaning wine and English “scent” meaning smell or odour in a harmonious and playful whole “innocent”, the meaning of which is sadly lost to history. The name brings a smile to your face before you’ve been in. Even the clever logo plays along, finding as it does the “i” in the “o” and the two making a wine bottle. On my last trip there my artistic companion, who has high standards in these matters, simply said, “it is well done.” Which is a good thing to say about everything apart from a steak. 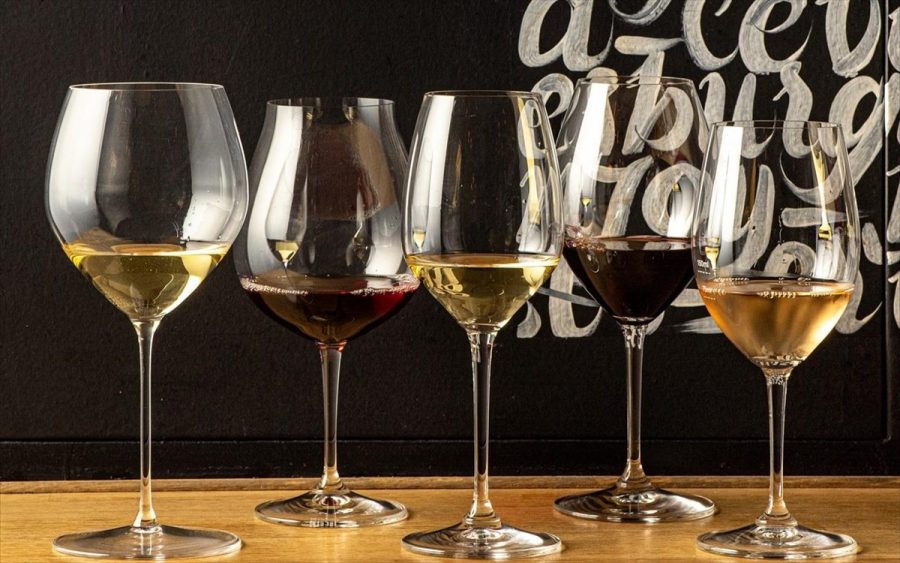 Everyone who works there is knowledgeable and passionate about wine although I’ve had the luck to interact most often with the wonderful George. On my first visit he endeared himself to me by saying he wasn’t a fan of the first wine I had picked up and openly disliked the second. I’m a sucker for this sort of reverse recommendation at the best of times. I thought I should press though. “Didn’t you pick them?”, I asked. He shrugged and said “Eeegh” which I still can’t render phonetically but which I’m sure would have spoken volumes to someone better versed in Greek non-verbal communication than me. I’m guessing it’s something like “what sort of idiot wants to be happy all the time…” We settled on something we both liked, and it was all the sweeter for having been fought for. The list, such as it is, is very much the tip of the iceberg and a better way to engage with the place is to stroll the walls and cave downstairs talking to George. There is, quite rightly, a focus on Greek wine although there is a grudging acknowledgement by George and the other buyers that some other countries may have dabbled in winemaking and maybe not completely messed it up. “Eeeefth…” 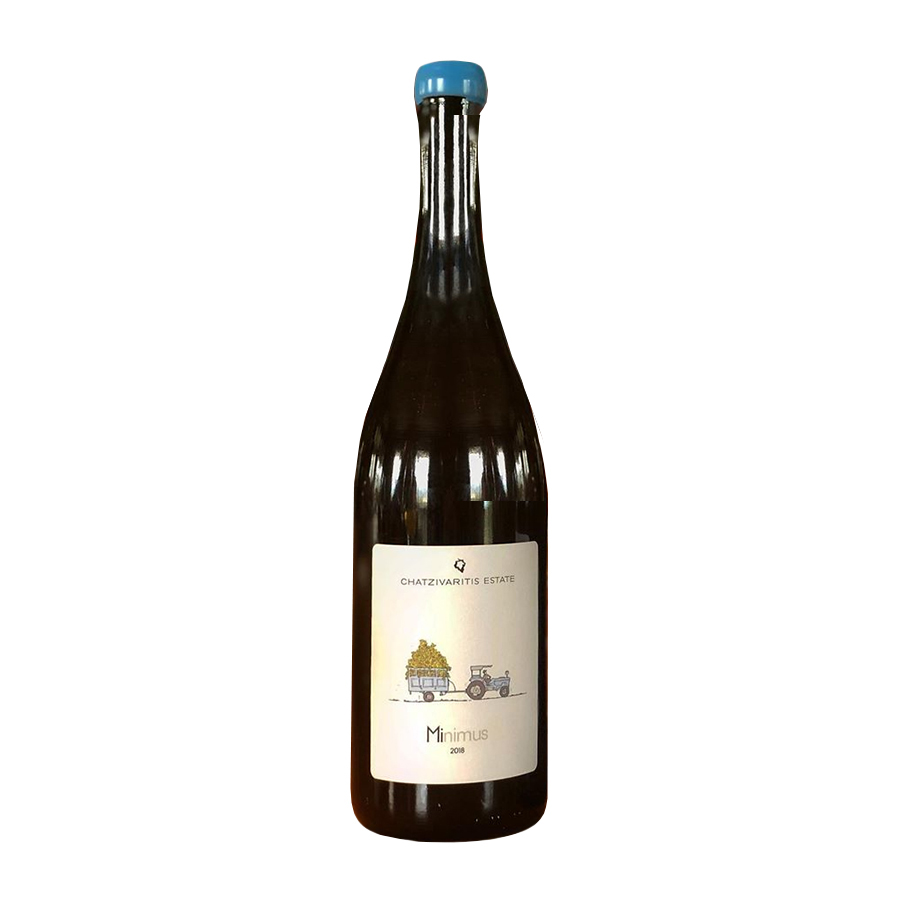 Of the former, a stand-out white I had recently was the Mi from the MiNiMus series of wines by Chloe Chatzivariti, who I’m reliably told by George is a doyenne of the Greek wine making scene (although i’m sure he would have also argued that Greek had a perfectly good word for “doyenne” and why did I need to use a French term anyway.) A natural interpretation of assyrtiko, the wine is complex and balanced, like someone brought a walnut to a peach fight and everyone called it a draw. Its deliciousness is inversely proportional to the marvelously overwrought naming convention for the series. Each wine is called MiNiMus with one syllable emphasised with the design per bottle. I LOVE bottles with labels that look like they were conceived under the influence of the contents. I’m yet to try Ni and Mus but I already look forward to ordering them and perhaps having a Monty Python themed evening while drinking the middle in the series. 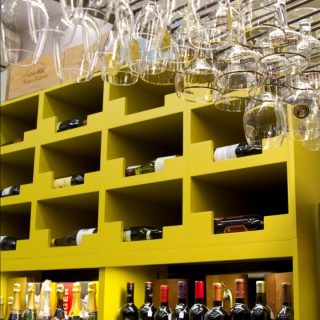 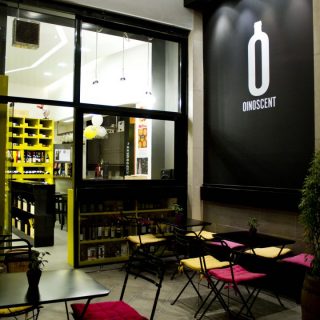 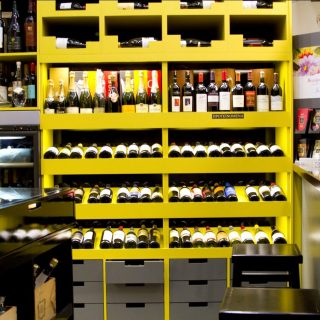 That I’m reaching the food at such a late stage is testament to the wine not in any way a comment on the quality because the short menu is wonderful from top to bottom. They have a short but powerful range of cheeses and charcuterie and the slow cooked baby goat on fava puree is one of the most delicious things I’ve eaten recently. And given that I’m writing in 2021 “recently” could mean anything from two weeks to eighteen months. I’ve no idea. “Eeeeh…”

58 new works at the Goulandris museum