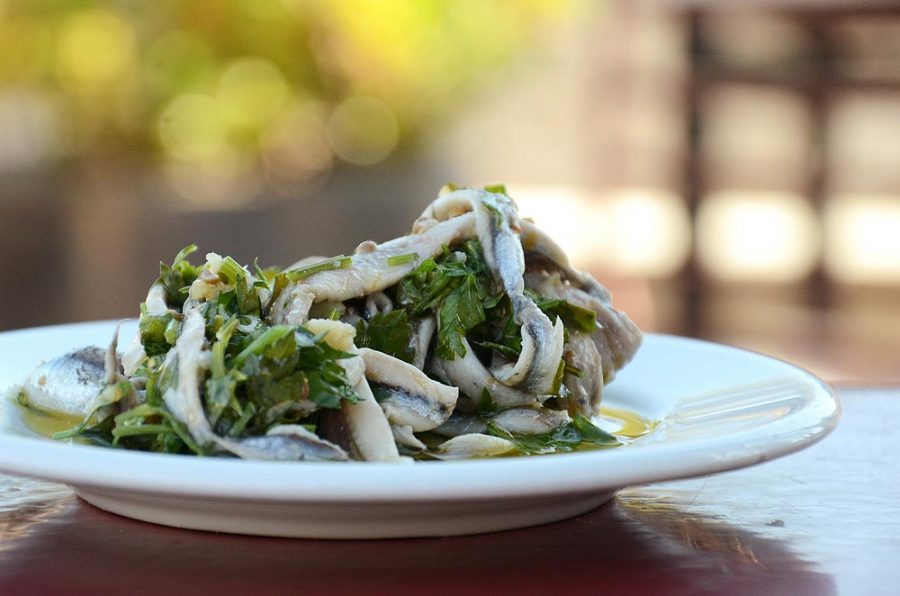 Master story teller George Pittas has travelled all across Greece and culled Hellenic culinary traditions from every corner to present his comprehensive Greek Gastronomy Guide. Here, he pays homage to one of Insider’s favourite urban eateries, Café Avissinia, and its humble origins as a tea room in the heart of the flea market.

Ever since I finished my studies in Paris and returned back home in 1980, Avissinias Square has been my favorite place for a Sunday walk in Athens. However, there was no place there to grab a bite or have a proper lunch. Thus, heading to Plaka or Thission was the only solution to satisfy one’s appetite.

In November 1986, I believe, after one of my Sunday morning walks, I suddenly saw something I haven’t seen before. Lo and behold, right across the junk shop of Athanassopoulos, two tables and a few chairs arranged near a narrow elegant window with curtain tiers for keeping prying eyes away! I had to pinch myself as I quickly rushed into without a second thought. Café Avissinia, a narrow bright place, filled with paintings, decorated just like the French bistros in Porte de Clignancourt.

Spic-and-span, this place was tastefully decorated to the smallest detail. I instantly introduced myself to Ketty, a bourgeois, native of Thessaloniki with a sonorous, imperious voice and an aristocratic imposing figure. I couldn’t wait to tell her how excited I was about the opening of this place and wish her prosperity.

Ever since, I kept on visiting Avissinias Square again and again. I really enjoyed drinking my ouzo in the afternoon while watching all those craftsmen weaving baskets, assembling furniture items, applying shellac paint right in the middle of the Square, teasing and cracking jokes on each other.

Ketty, a first-class cook and an unceasingly active woman, started serving ouzo, wine and exquisite mezedes (pl. for meze, Greek appetizers) in addition to tea. One day, Vanias with his accordion came along. This thin tall guy, a traveling musician from Caucasus, used to mesmerize everyone by his gaze and songs. His posture resembled that of Yiannis Papaioannou, the legendary rebetiko musician.

Café Avissinia had become an institution in the party scene of Athens. It was official. On Sundays, reveling groups of friends would come here in their hordes to party, belly dance and dance zeibekiko. I believe I should remind our young readers that in the end of the 80s, there was no other place in the entire area of Monastiraki to party. Back then, Psyrri was nothing but a neighborhood with artisan and commercial shops.

As years went by, Vanias, stricken with the so-called “cursed” disease, left us for good. Ketty, who had to move on, relied on other musicians, who have successfully managed to continue the merry-making tradition in Café Avissinia since then.

Currently, thirty years later, Ketty has handed over the reins to her son Nikolas, who expanded this venue to the place next door. The café soon took over the floor upstairs finally climbing to the terrace where Acropolis looks close enough to touch.

Café Avissinia has been turned into a restaurant that serves savory exquisite dishes coming mostly from Macedonia.

Ketty’s dishes are definitively the star of the show; pork with leeks and prunes, Avissinia-style cheese, eggplants prepared the rembetis’s way, cabbage leaves stuffed with rice, pork and veal minced meat and served with a velvety egg-lemon sauce, a dish prepared according to a famous recipe from Kozani, a region in the north of Greece, Thessaloniki style burger with Florina peppers sauce, smoked sardines on grape leaves, lamp with bulgur. On weekends, Manos plays his accordion and Pavlina sings with her heavenly voice without microphone and sound system; this rollicking atmosphere has nothing to envy from the old days.

From Grape to Glass