Anna Charaktinou’s Inside Out Art at the Blender Gallery 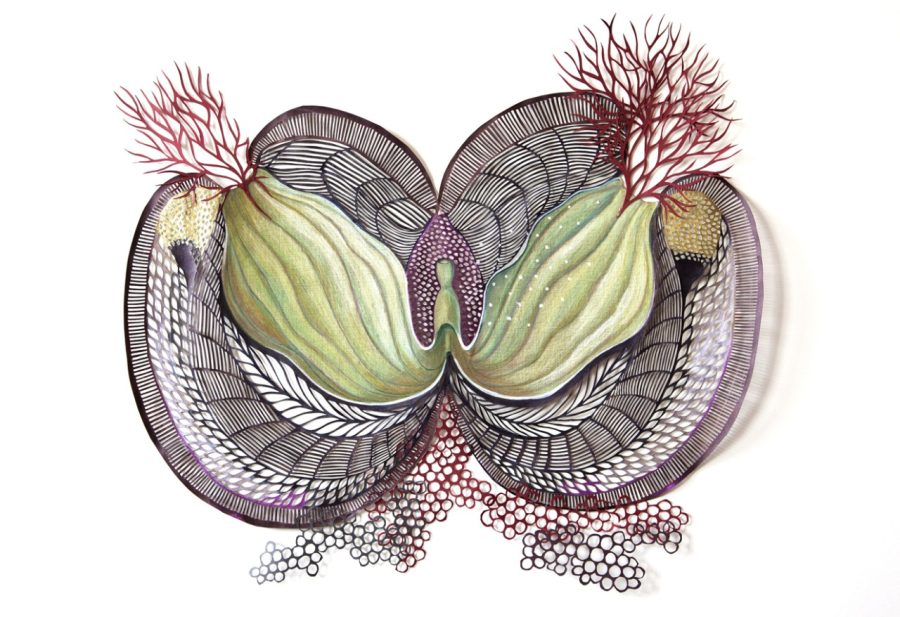 Τhe Blender Gallery presents The Inside Out Ceremony, a solo exhibition of self-portraits, wall sculptures, installations and artworks by painter and engraver Anna Charaktinou. Her preferred medium is paper – which she turns into a labyrinthine journey, full of personal discoveries.

What: Charaktinou draws inspiration from the tales of the Grimm Brothers, Hans Christian Andersen, German cinematic expressionism, the books of Gabriel García Márquez, Boris Vian, Jean Baudrillard, the poems of Joyce Mansour and other surrealists, theories of quantum physics and sacred geometry. The material that she admires and prevails in her artworks is paper.

Obsessed with the delicacy and lightness of the material and its ability to transform into different shapes and forms, she creates surreal, dreamy worlds with symbolic representations in space. Mystical female figures, hybrids of human-animals, are merged with the personal experiences of the artist, who narrates stories about separations and unions, about death, life, love and birth. Each paper thus turns into a labyrinthine journey, full of personal discoveries.
Her work focuses on the use of mixed media on paper (water colour pencils, ink, pastels) as well as an almost meditative process of cutting it. These fragile dioramas are born as tangible pieces of her imagination and make their presence in our natural world as simple constructions and permeable spaces. It is an artistic practice that can be described as a structured chaos that balances among the geometry of matter and a spontaneous, emotional narration.
A world of dynamic silence that presents the birth of another secret reality, beyond the visible. The structure of her work contains the essence of a dream that happens below the rational surface. It is the uploading of an image, of what cannot be seen with the eyes of logic. 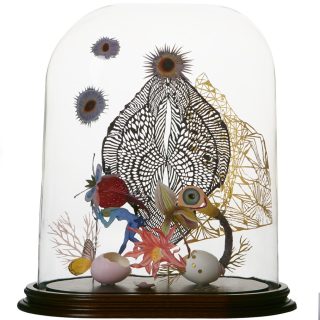 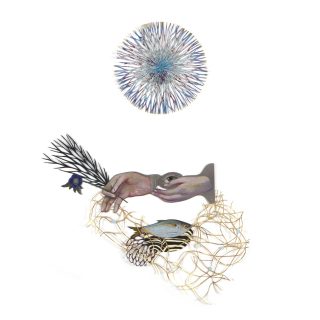 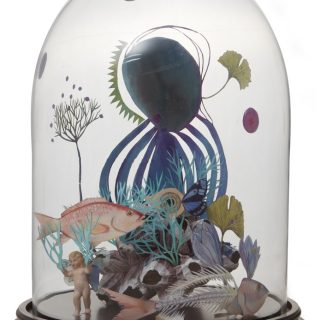 The role of paper functions semantically in her art as it comes from the trees that for Charaktinou perceives as sacred, symbolic beings, since they unite the inside with the outside, the sky with the earth. The relationship of the inner and the outer world in analyzed in the series “The Inside Out Ceremony”, how everything we experience internally interacts and is reflected upon what we experience in our external reality. The creation of those artworks is inextricably linked to the concepts of symbolic Metamorphosis, union, Renaissance and Love. The initial stimuli was her interest in the motif of grid which symbolizes this notion of union and diffusion of ideas. Hence these aerial structures were created, which articulate an almost intangible architectural entity within the space and explore the idea that all living creatures are interconnected and that every element in the inner and outer world comes from the same source.

Specifically, the artist has mentioned that “When something is born right here, the grid vibrates mentally so the idea and the knowledge is transferred everywhere. In a certain way, nature contains a part of us and we contain a part of nature. There is an invisible and inseparable connection between all of us” . 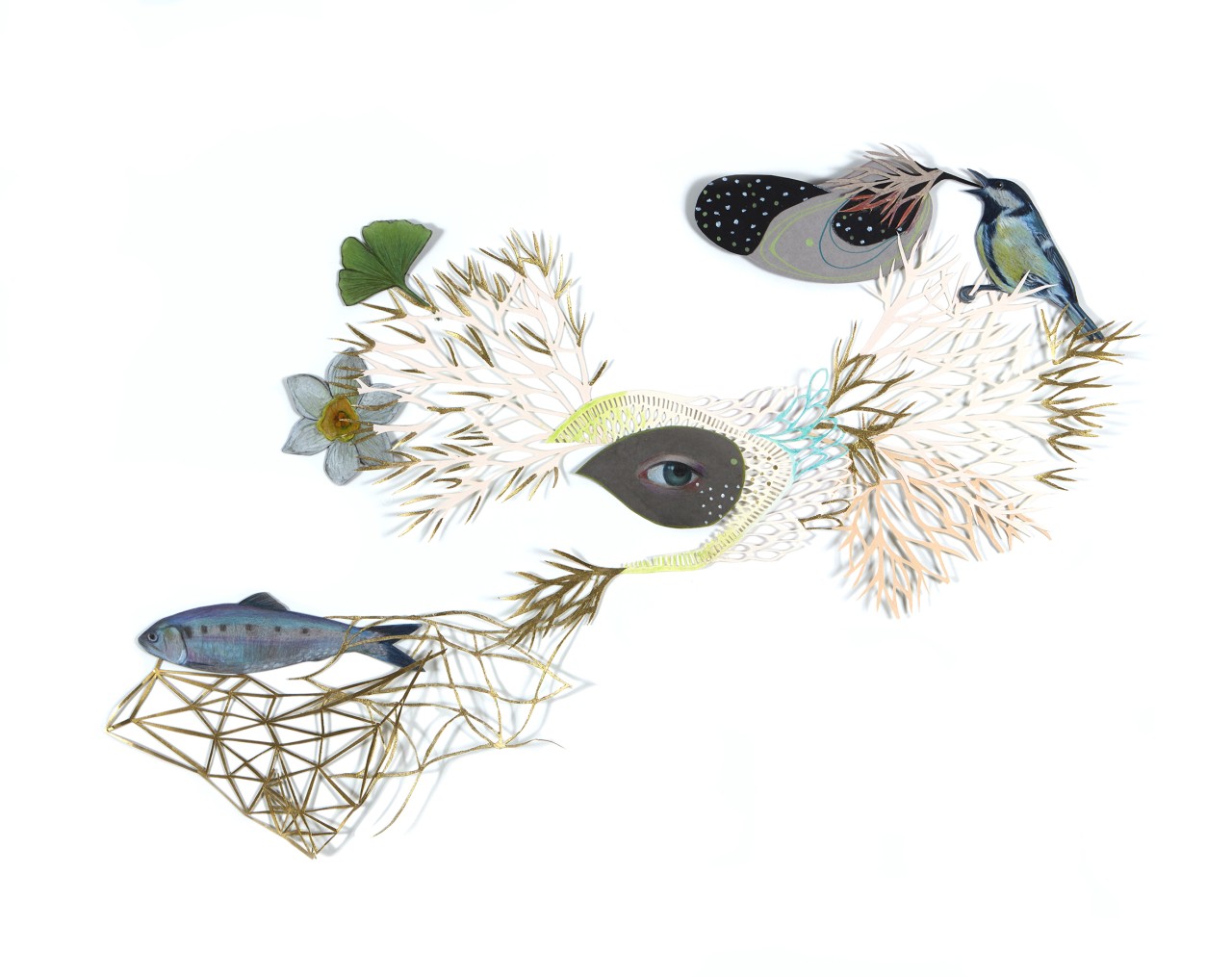 Except from the engravings, that originated from her love for the Medieval Art period and having lived in a small medieval village in Germany, where through the experimentation with media and techniques, she incorporates them in her drawings, the series also includes works that are presented in glass. This form of presentation was born out of the need to create three dimensional microcosms, to freeze the moment of dreaming, to capture the fragile paper constructions and their symbolic stories for eternity.

Τhe process ends when I know that everything I wanted to narrate has been said and nothing else fits in my artwork, not even a single paper or a line. From then onwards, the artworks begins its own life, it has been born, it has been completed and I deliver it to the world.  Living now a new life outside of mine, it doesn’t belong to me anymore and for me this is the end. The end of our relationship but also the beginning of its own life.