A Night at Nikkei 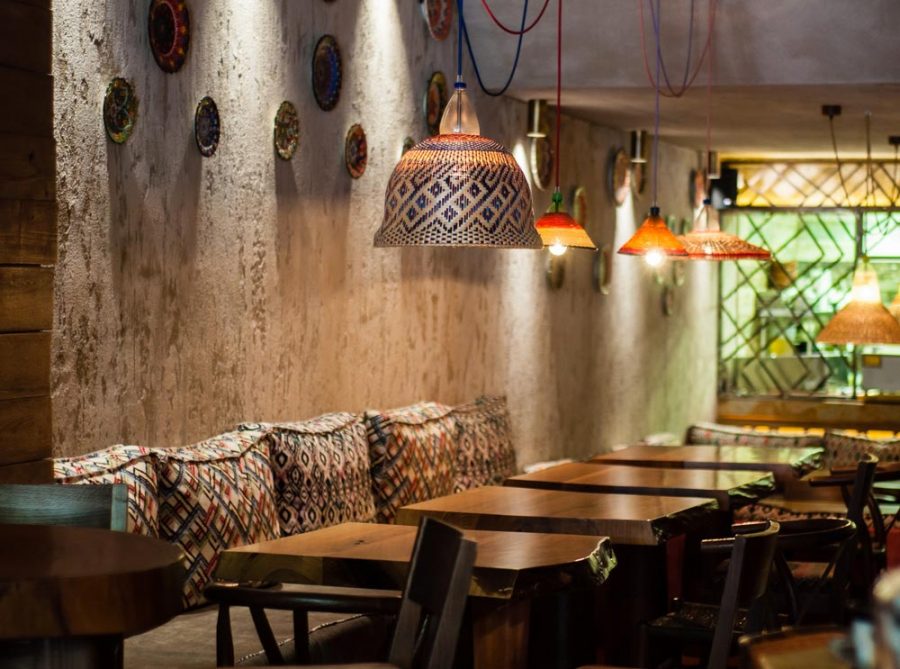 Amanda Dardanis spends a flavoursome evening at Nikkei – the city’s most talked-about ambassador of the Japanese-Peruvian food trend.

The problem with “It” restaurants – those hot new places suddenly on everyone’s radar that you generally have to book weeks in advance  – is that they so often don’t live up to their hype. Maybe you catch them on a bad night; maybe the staff made you feel like they were doing you a huge favour by waiting on you; or maybe your meal was tainted by a constant cloud of cigarette smoke from the next table.

Happily, the much-feted Nikkei Peruvian Resto Bar in Kolonaki has the hype without the hubris.

Japanese-Peruvian fare has become the latest gastronomic trend to bewitch Europe’s culinary capitals – and Athens is no exception. Nikkei – which actually means the marriage of Peruvian and Japanese flavours – has steadily become the city’s most talked-about purveyor of this exotic gourmet trend since opening last year.

On the recommendation of several friends, we went to celebrate our wedding anniversary at Nikkei on a recent Saturday night, and clocked up one of the most enjoyable dining experiences we’ve had all year.

The food was just stunning. Wonderful and innovative flavour alliances that were perfectly executed (and very prettily displayed). You’ll want to take photos of everything before you tuck in! We forwent the mains in favour of selecting about 5 or 6 small plates from among the starters – in the spirit of prolonging the fun of our tasting journey, and more importantly, to be enjoyed à deux. Of these, the most memorable were: seared scallops with mashed avocado and wasabi; shrimp ceviche; tuna tartare; beef and oyster gyoza dumplings; and fluffy steamed buns filled with pancetta and pickled cucumber, pan-fried just enough to make them slightly crunchy. The Pouilly fume we chose from the small but well curated list of local and European wines (on the recommendation of our very entertaining sommelier) was crisp enough and light enough to elevate everything from the denser, meatier flavours of the tuna to the citrusy tang of the shrimp marinade.

But above all, the service at Nikkei was outstanding, with responsive and unpretentious staff who appeared genuinely passionate about what they were plating – and who never had to be asked twice for anything, even when the restaurant was at full capacity.

The atmosphere is fun and relaxed,and lingering with one of their incredible cocktails (try the Negroni!) until the early hours seems like the most natural thing to do.  Nikkei is one cool kid that certainly deserves its success. Bookings are essential – especially on the weekend. Expect to pay about €40 per person.

From Grape to Glass