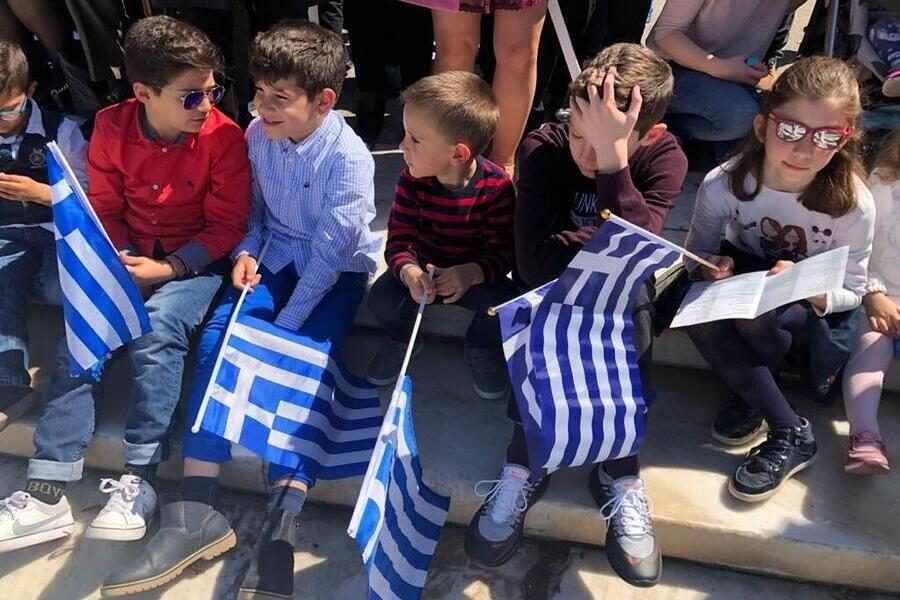 This Independence Day offers a rare opportunity to reflect on the ideals our forefathers strove for. The freedoms we take for granted, the fundamental values and the tenets of our society.

‘Among all peoples, the Greeks have dreamt life’s dream most beautifully.’ – Wolfgang Goethe, 1749-1832

It is those beautifully impassioned dreams of independence from the Ottoman Empire that the Greeks waged a war for between 1821-1829, successfully securing their freedom in 1832. It is undeniably strange that this year, the anniversary of Greek Independence Day, on March 25th, will be ‘celebrated’ very differently – at home. The isolation that the global COVID-19 pandemic has imposed on us all, leaves us with no space whatsoever for the traditional festive parades of schoolchildren and soldiers.

199 years following the Greek revolutionaries battles to throw off the yoke of almost four centuries of Ottoman rule and oppression, here we are in Greece, imagining the days when we can return to acts as mundane as meeting up with friends for a coffee, connecting beyond our computer screens. As desperate and difficult as these times are and will undeniably be for all, that vein of Greek romanticism and inspiration, that moved so many visionaries to join the Greek struggle for freedom, should never abandon us, especially not now.

One of the most renowned philhellenes, the British Romantic poet Percy B. Shelley, famously declared, in his fervent support for the Greek Independence struggle that, ‘every circumstance seems to combine to promise success to an enterprise, in which every enlightened mind must sympathise, not less from the hopes than the memories with which it is connected.’ It is with these hard-won ideals that we can approach this global crisis. Our collective attitude and communal behaviour in these times of social distancing will rid us of this deadly scourge. Our empathetic minds have to consider that now even the smallest of acts, leaving our home, can have a terrifying chain effect of infection transmittal, to those it will harm far more than ourselves.

This will indeed be an Independence Day anniversary like no other in recent history, it will be marked with our memories of joyful celebrations past and our hopes and desires for victory in this modern form of warfare, where the enemy is invisible. We are the heirs to the admirable Hellenic legacy of democracy, freedom and battles hard-won. It is now that we are challenged in so many unforeseen ways, that we need to protect and propel these ideals, as we are being asked collectively, as a global community, to stand tall and in our homes for now.

Can you sew masks? Or would like to support people who do?

The E-Tiquette to hosting Virtual Soirees