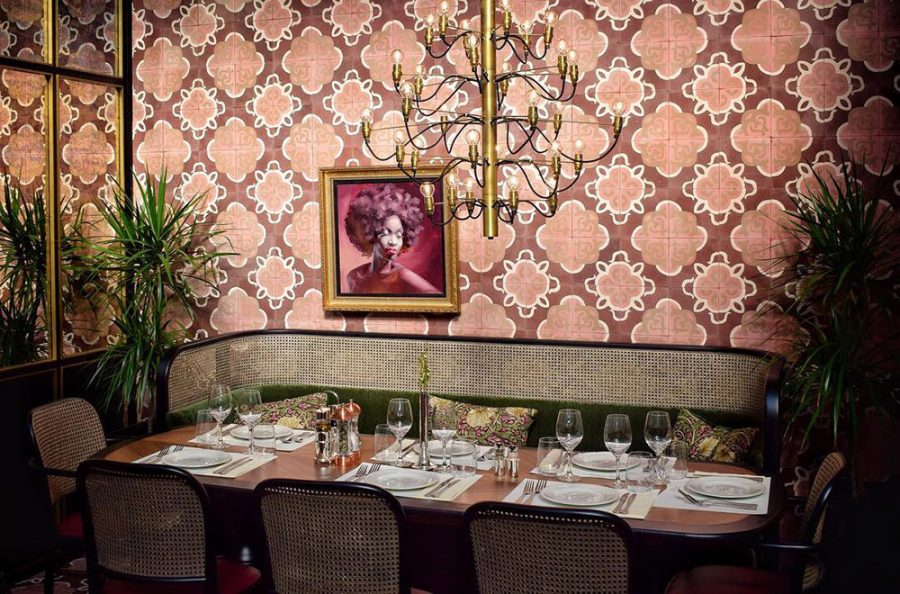 Are you a last-minute Romeo still searching for some romantic inspiration for Valentine’s Day this year? Athens Insider comes up with eight fool-proof Date Nights in the Capital guaranteed to earn you extra credits in the Game of Love this week.

1. Indulge in the Food of Love at Papillon 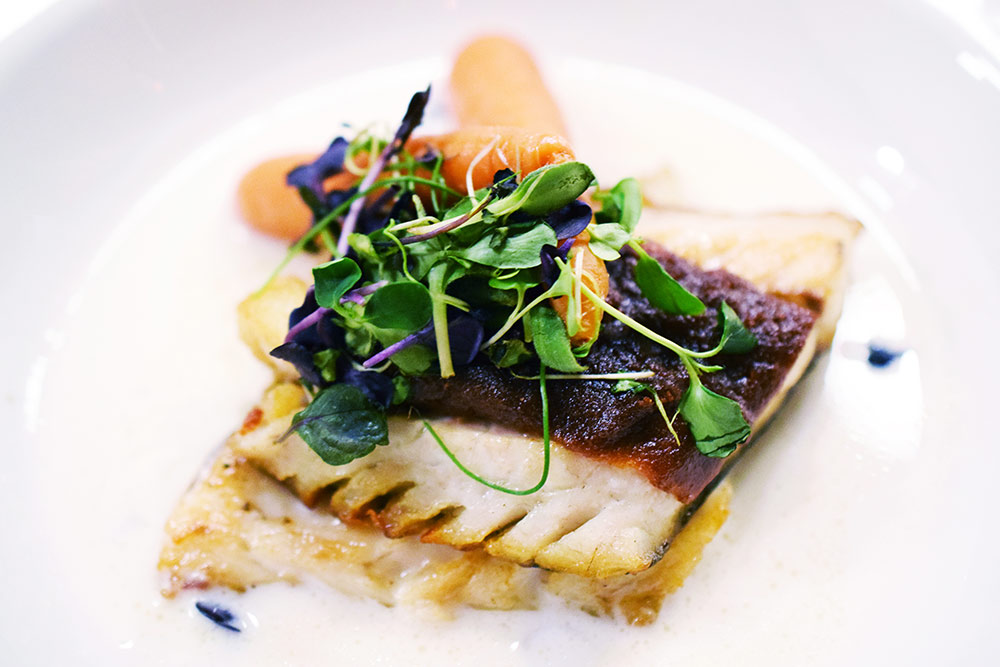 Aphrodisiacal food? Check. Ultra-seductive ambiance? Check. Papillon, a new all-day bar & restaurant in the northern suburb of Neo Psychiko, magnificently channels the heady bistro culture of Paris and New York from yesteryear. Created by Minas Kosmidis Architecture in Concept, who made a retrospective study of European and American bistros from the Belle Epoque to Jazz Age, Papillion is the perfect stage for long lingering looks and decadent unrushed meals. Choose from an eclectic and satisfying menu that’s ideal for sharing a deux (from the rich steak tartare and the duck papardelle with shaved parmesan to the potato gnocchi with grilled mushrooms and sweet gorgonzola). The service and attention to aesthetic period detail are impeccable too. You’ll want to leave room for that lighter than air Gateau a la Nougatine! 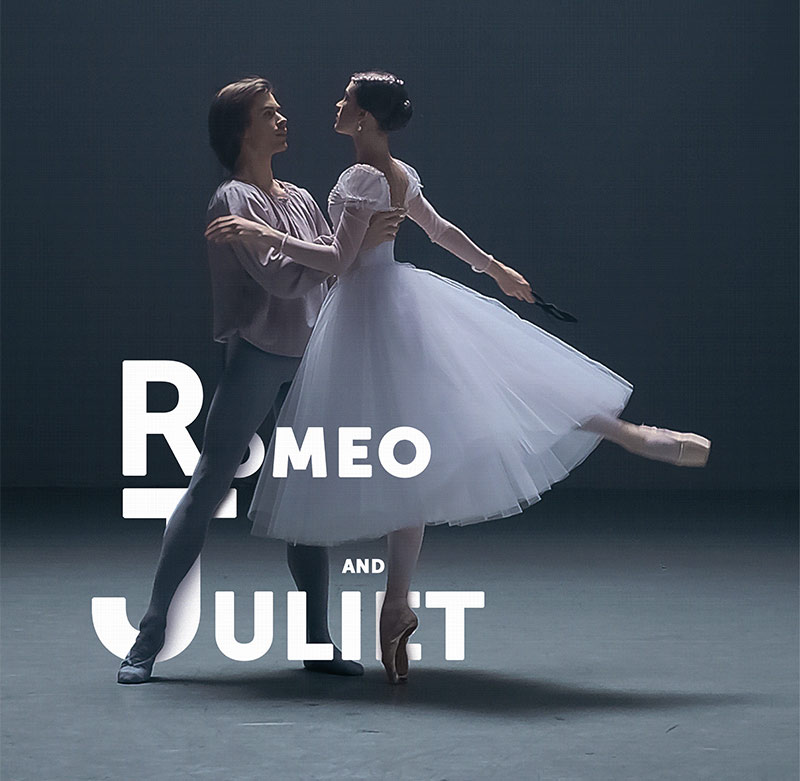 Romeo and Juliet. Image courtesy of the Megaron

Want to send a clear message to your beloved? Bring in the full artillery with this triple dose of classic romance: Shakespeare’s heart-wrenching tale of doomed love in Verona, set to Sergei Prokofiev’s stirring and cinematic score and performed by the world-famous Bolshoi Ballet.

Screened live from Moscow, Alexei Ratmansky, former artistic director of the Bolshoi Ballet, stages the company’s premiere of his production with dramatic urgency and a fresh re-telling of Shakespeare’s beloved masterpiece. His brilliant and detailed adaptation reignites the story of literature’s most celebrated star-crossed lovers like no other classical ballet choreographer today.

Does the candlelit dinner and flowers scene leave you cold? Invite your partner to a steamy rendezvous with the dance of passion as you both surrender to the romance of the tango at a special Valentine’s Day-themed Social Ballroom party at the Stavros Niarchos Foundation Cultural Centre. After all,  it takes two to tango! Perfect for anyone who wants to master the basic steps of this sensual dance style. The event starts with an open class (taken by teachers of the Tango Factory, and music by DJ Sabrina Tonelli) at 8.30pm and followed by an open milonga (dancing for all), accompanied by live music at 9.30pm.

Free entrance, places will be available on a first-come first-served basis.

Can’t put into words how you feel? Then use someone else’s.  Bonnie Tyler, the Bangles, Robert Smith… Rock out with your other half and dust off your best big love ballad at Athens’ most popular and long-running karaoke night at the Athens Sports Bar, about two-minutes walk from the Acropolis metro, in Koukaki. Hosted by the fabulous Fisher Brothers, every Thursday from 8pm, the evening is much loved by both locals and overseas visitors for its infectious party vibe and friendly, non-judgey atmosphere. A great place to make new friends.

5. Star gazing at the Athens Observatory

It worked for Sebastian and Mia (in La La Land). Give your love an interstellar boost with a dazzling observation of the night sky at the National Observatory of Athens using the mighty Doridis telescope. Housed in a building made of marble from the island of Aegina, the Doridis telescope is a refractor with a lens of 40cm in diameter and has a length of 5m. Its recent renovation in 2014 made it fully functional for observations of the Athens night sky by the general public. 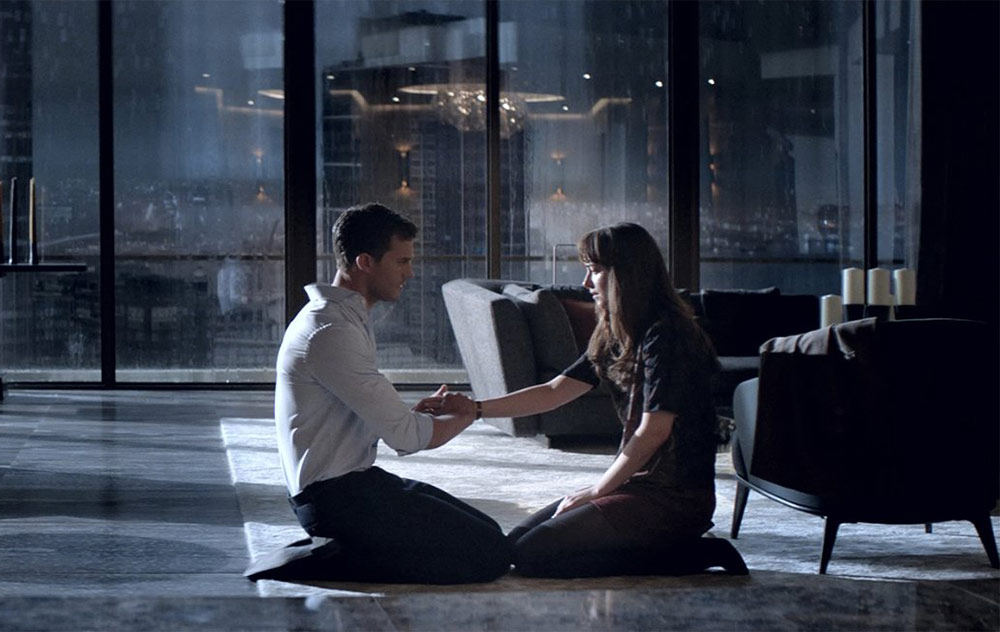 Feeling frisky? Treat your other half to a Gold Class cinema date to see the steamy new Fifty Shades sequel and you’ll both feel like Hollywood royalty on the red carpet for the night! Order a bottle of wine and some movie treats to share during the screening. They’ll be delivered by a waiter as you recline on your ridiculously comfy, super-sized La-z-Boys. Once you’ve gone Gold Class, you’ll never look back. It’s a bit like turning left instead of right as you enter the aeroplane. And at just €20 a ticket, well worth the ride. 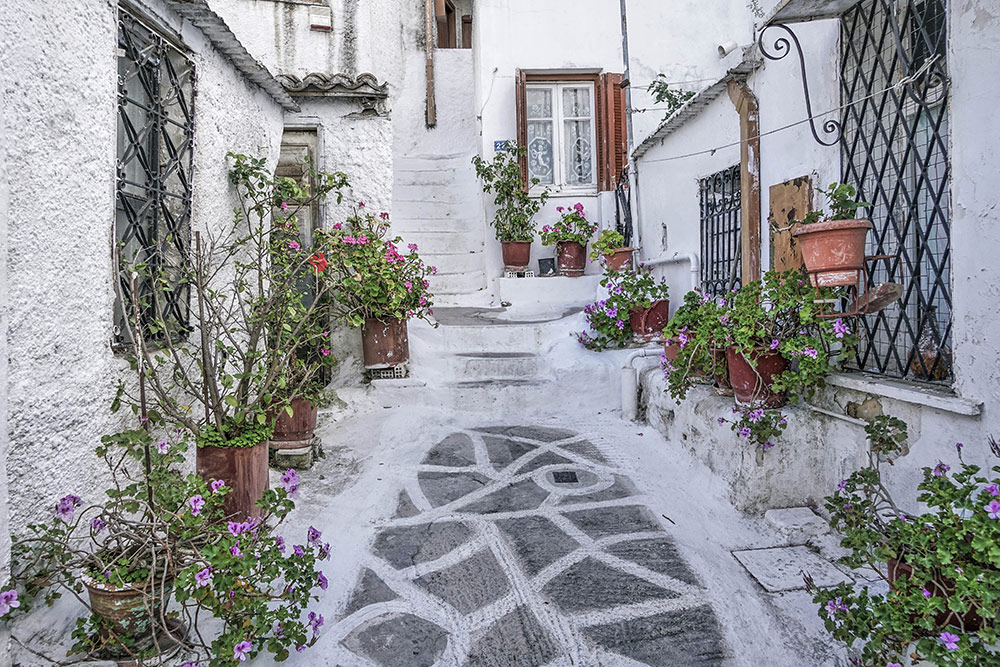 It’s a true Greek tragedy that so many visitors somehow manage to miss out on this gorgeous and tranquil oasis, nestled coyly between the steep walls of the Acropolis and the hustle-bustle of Plaka below. There are no tavernas or souvenir shops in Anafiotika. Just an enchanting labyrinth of twisty cobbled lanes so narrow in places, that you’ll have no choice but to cosy up just to get through! Anafiotika (which means “little Anafi”) is dotted with the kinds of ramshackle white-washed cottages you’ll see on many Cycladic islands, complete with the obligatory instagram touches: bougainvillea, turquoise doors, bright potted plants and cats slumbering on window sills. Built in the mid 19th century by carpenters and masons summoned by King Otto I from the Cycladic island of Anafi, Anafiotika is a real slice of island village life amid the concrete contours of the capital. Get deliberately lost while you listen to the lively sounds of the city below. You’ll find Anafiotika by following the signs up the hillside from Dionyssiou Aregopagitou Street, next to the Theatre of Dionysos.

8. The Best Things In Life Are Free! 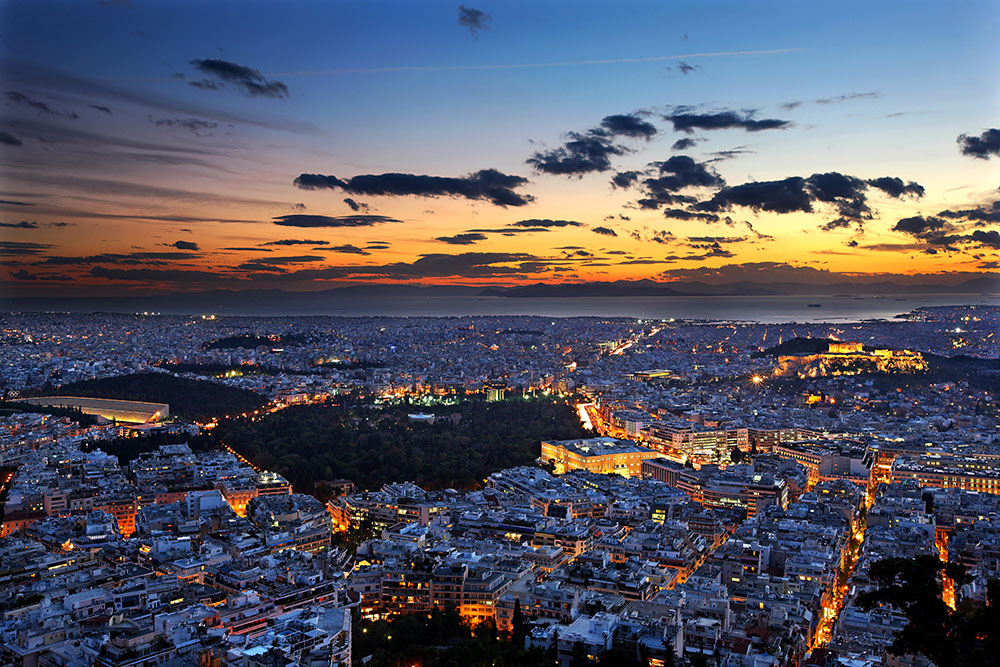 Greek sunsets are the stuff of pure poetry. Happiest of all, they don’t cost a penny. Whether you’re “Town” or “Country”, Athens delivers enough Hollywood-worthy sunsets to cast a rosy glow over any Date Night, so grab a bottle of bubbly and let the sun go down on you.

Climb the city’s tallest hill, Lycabettus, where you’ll both be rewarded with a spectacular view reaching down to the sea. You might even catch sight of some “Mamma Mia-style” nuptials at the bijou 19th century Saint George chapel, perched on the summit – a popular wedding spot. Meanwhile, on Greek national holidays, on the south-facing slope, two cannons fire 21 times at sunrise and sunset. (But you could always pretend you’d organized them all by yourself!).

Cape Sounion, 70km from Athens, offers the most rousing seascape imaginable. Perched upon the Attiki headland, nearly 60m above sea level, rest the ruins of the Temple of Poseidon, erected in the Golden Age of Pericles, around 440BC. Discover the nightly symphony of nature that made English poet Lord Byron swoon (his graffiti can still be read among the ancient Doric pillars).

Sonke comes to the Southside