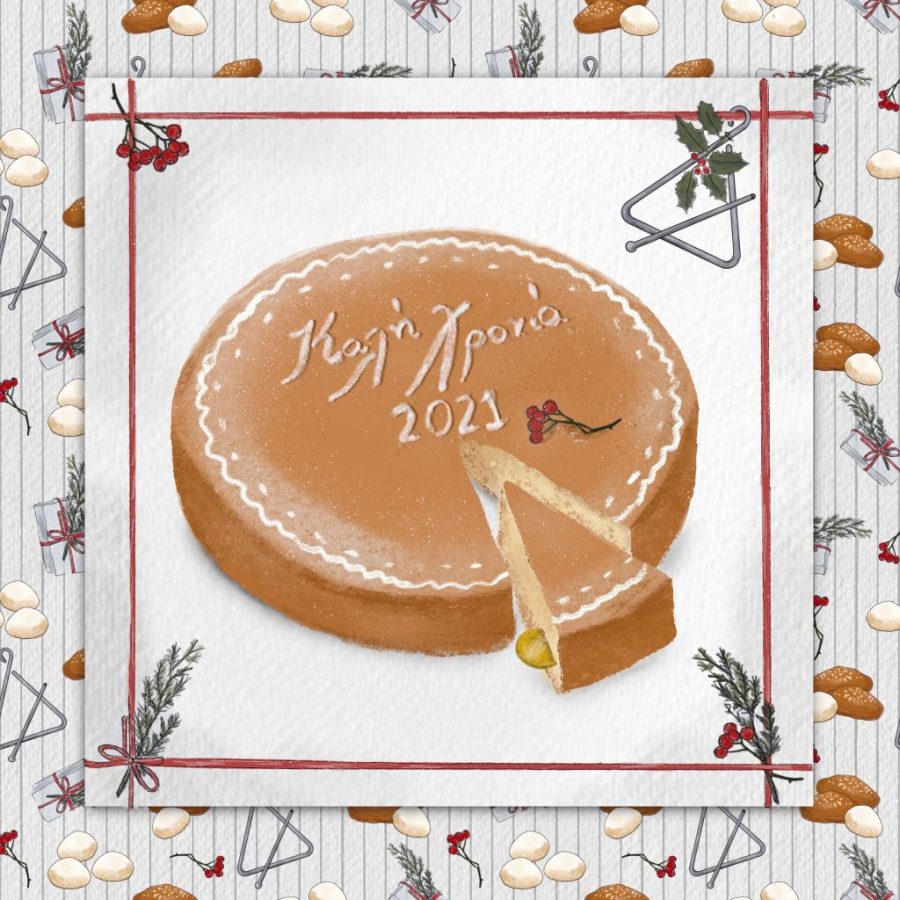 Throughout January and February, Greeks come together around  a tradition that traces back to ancient times. The vasilopita is not just a cake, it is a convivial celebration to get together to toast the year ahead, to count ones blessings and to spare a thought for those less fortunate. But most, young and old alike, remember it for the anticipatory build-up as to who wins the lucky coin! Logan Noe explains the big deal over some sweet bread and a coin.

Where does this tradition come from?

Vasilopita has its origins in various legends, but all are about Saint Basil. According to our favorite version of the tale, as the city of Caesarea lay under siege, Saint Basil called upon the citizens to raise a ransom payment and end the attack. Each citizen gave all they could in gold and jewelry, amazing the enemy with such a great act of collective giving that the siege was called off without even collecting the payment. St. Basil, seeking to return the donated valuables but not knowing what belonged to whom, baked all of the jewelry into loaves of bread and distrusted the loaves to the city. As the legend goes, each citizen miraculously received exactly what they had given, and peace was restored throughout the city.

On New Year’s Day families cut the vasilopita to bless the house and bring good luck for the new year. This is usually done at the midnight of New Year’s Eve. A coin is hidden in the bread by slipping it into the dough before baking. At midnight the sign of the cross is etched with a knife across the cake. A piece of cake is sliced for each member of the family and any visitors present at the time, by order of age from eldest to youngest. Slices are also cut for various symbolic people or groups, depending on local and family tradition. In older times, the coin often was a valuable one, such as a gold sovereign. Nowadays there is often a prearranged gift, money, or otherwise, to be given to the coin recipient.

Many private or public institutions, such as societies, clubs, workplaces, companies, etc., cut their vasilopita at a convenient time between New Year’s Day and the beginning of the Great Lent, in celebrations that range from impromptu potluck gatherings to formal receptions or balls.

Saint Basil’s Feast Day is observed on January 1, the beginning of the New Year and the Epiphany season known as the Vasilopita Observance but pita-cutting ceremonies run well into February.

Directly translated, vasilopita means “sweet bread of Basil”. Vasilopita bread is prepared with sweet flavoring to symbolize the joy of life everlasting and also the hope that the New Year will be filled with the sweetness of life.

What you need to know about the pita-cutting ceremony?

Traditionally, the bread or cake is cut by the head of the household, three times in the shape of the sign of the cross. The first slice is cut for Jesus Christ and the Virgin Mary, the second for the House, and the third for those less fortunate. A separate piece is then cut for each family member and guest in order from eldest to youngest.

To symbolize the gold and jewels in the origin story of Vasilopita, a gold coin known as the flouri is baked into the bread during its preparation. The individual who receives the slice containing the coin is said to be blessed with good luck in the new year! 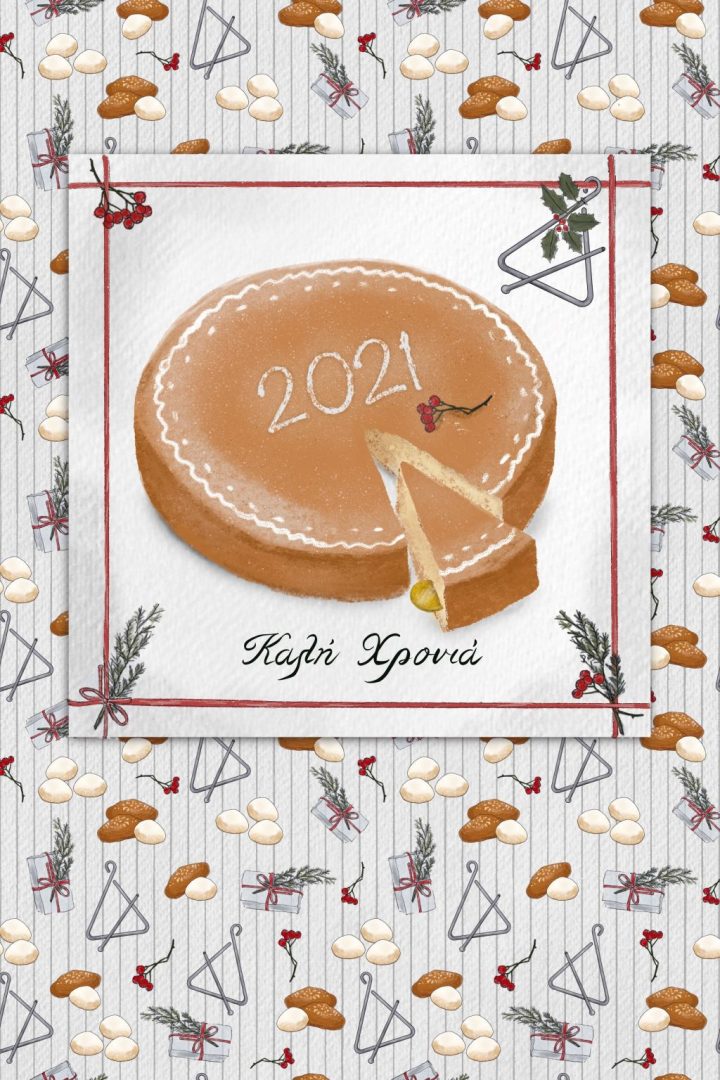 Ready to host your own Vasilopita party? We’ve got a recipe to help get you started!

In a mixer, beat the butter and icing sugar, with the paddle attachment until light and fluffy. Stop beating and scrape down the sides of the bowl. Beat for another 5 minutes. (It is important that the butter is at room temperature. The softer it is the fluffier your mixture will be.)

While you are waiting, add the remaining ingredients from the 1st mixture (apart from the orange zest) and beat them in a blender along with a tablespoon of sugar, until they become powdery. When ready, add the orange zest and mix.

Add this powdery mixture to the mixer and beat on low speed.

Grease a round 25 cm spring form baking pan and dust with flour. Transfer the batter to the baking pan.

When ready, remove from oven and dust with icing sugar and serve!

If you would like to follow the Greek tradition, wrap a coin and place it somewhere in the cake before you bake it! It will be a Lucky New Year for whichever family member or friend finds it in their slice!