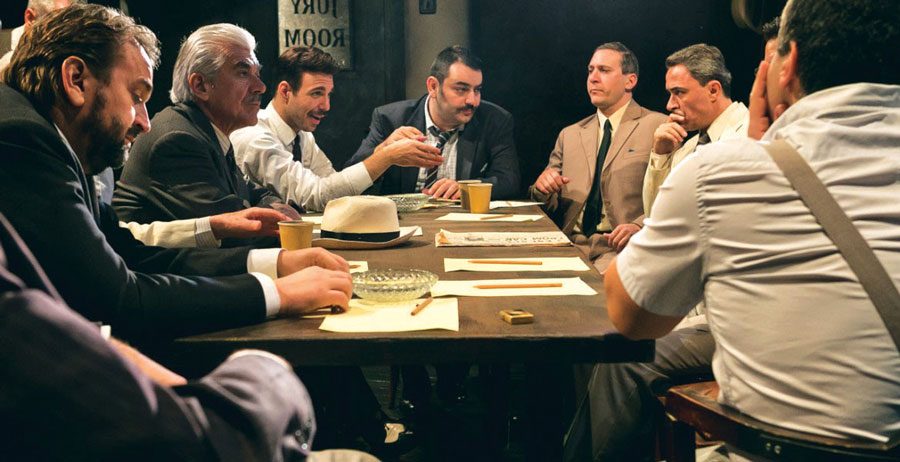 WHAT: “It explodes like 12 sticks of dynamite.” So declares the poster for the original movie release of this famous 1957 courtroom drama starring Henry Fonda. More than six decades later, 12 Angry Men has lost little of its impact (once you get over the anachronistic absence of any female jury members). In a New York City courthouse, a sixteen-year-old boy from a slum is on trial for allegedly stabbing his father to death. His fortune is in the hands of the 12 jury members, who must remain locked in a room until they can agree on a verdict. If found guilty, he faces the death penalty. A fascinating examination of the power of one person to incite change. See it with English sur-titles at the Alkmini Theatre every Thursday.

Lynda Benglis | In the Realm of the Senses