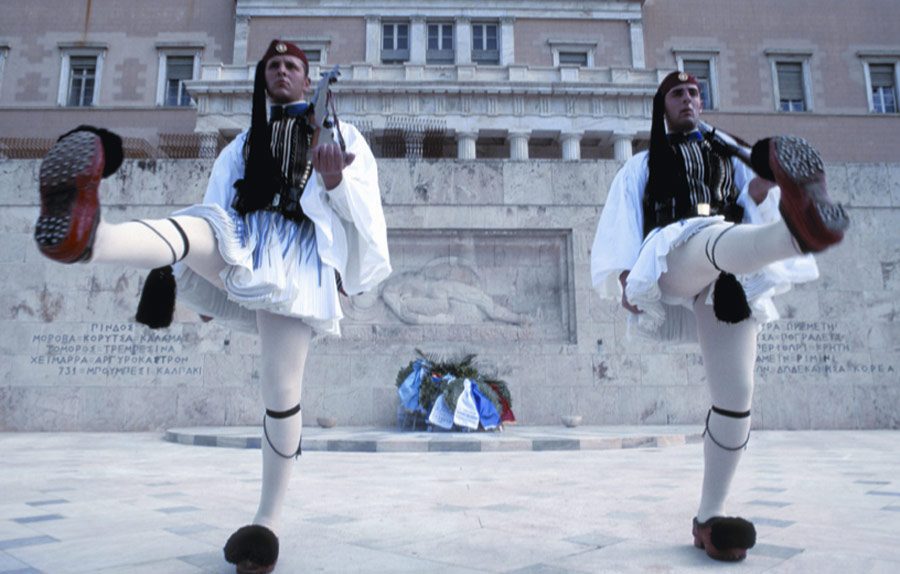 October 28 – Oxi Day – is a day to recall Hellenic heroes and the daring deeds of our ancestors who fought so that Greece could be the passionate and free democratic country it still is today.

On October 28, otherwise known as Oxi Day, we celebrate the 74th anniversary of when the Greek Prime Minister and Military General Ioannis Metaxas heroically said “OXI” (or “No”) to Italian Prime Minister Benito Mussolini’s demand to allow Italian forces to enter Greece and establish strategic military bases throughout the country in 1940.

Mussolini gave Metaxas this ultimatum in an attempt to impress Adolf Hitler, thinking that this would be a swift victory as Greece would surrender easily. He was sadly mistaken and Greece quickly put an end to his Fascist regime’s expansion. Greece’s population of 7 million was outnumbered by Mussolini’s 44 million, Italy had ten times the fire power of Greece in it’s army, navy and air force; the odds were overwhelmingly in Italy’s favour, but Greece was unwilling to surrender, astonishing the world with their courage, patriotism and tenacity. Mussolini gave Metaxas three hours to respond to his demands for surrender and threatened to occupy Greece and fly the Italian flag at the top of the Parthenon. Mussolini sent over 5 divisions of Italian soldiers from controlled Albania over to the border of Greece–without even waiting for Metaxas’ reply. In the early morning hours of 28 October, Metaxas gave his reply—loud and clear—“OXI” (No). Within four weeks the Greeks had pushed the Italian army not only out of Greece—but back into controlled Albania and continued to pursue them until they were 60 km into Northern Albania.

Oxi day is a day to remember our Hellenic heroes, values, passion, culture, rich legacy, pride, strength, ‘filotimo,’ and the courageous deeds and acts of our ancestors who fought tooth and nail so that Greece could still be the free democratic country it is today.