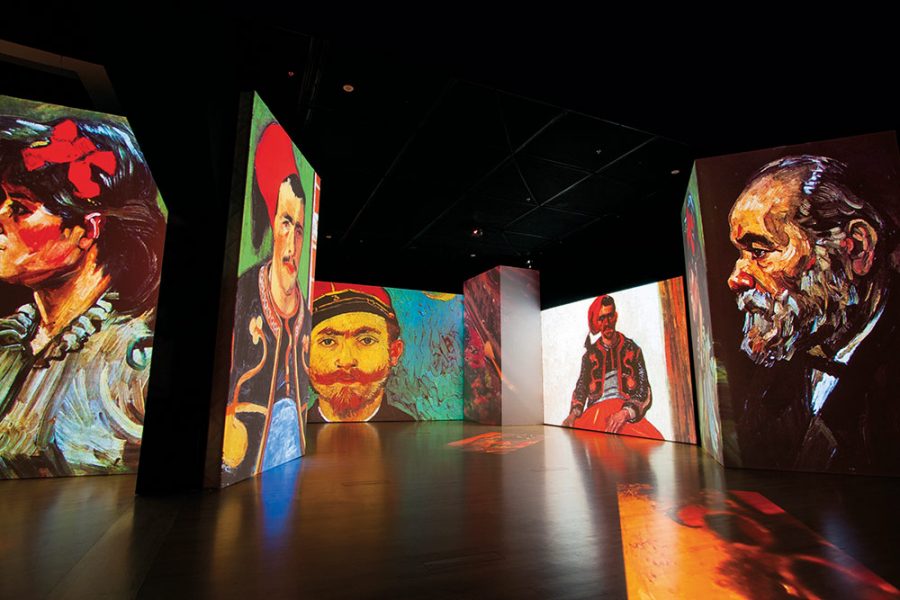 Even the great Vincent Van Gogh – as radically ahead of his time as he was – would have had his mind blown by this very Millennial showcase of his greatest hits that’s making its way to Athens shortly!

More than 3000 paintings, sketches and animated images of the great Dutch Master will enliven the Athens Concert Hall in a thrilling major multi-media exhibition that’s already toured 35 of the world’s cities.

WHAT: More than 3000 paintings, sketches and animated images of the great Dutch Master Vincent Van Gogh will enliven the Athens Concert Hall shortly as part of a major multi-media exhibition that to date, has toured 35 of the world’s cities and been seen by 10 million people.

The showcase redefines a traditional museum experience, displaying Van Gogh’s masterpieces in larger-than-life proportions (in a space of 1,500 m²), and using a vibrant symphony of light, sound and colour that effectively conveys the singular style of his unique creations. Visitors will be able to explore the work and life experiences of this prolific artist during the period 1880 to 1890 and interpret his thoughts, feelings and state of mind during his time in Arles, Saint Rémy and Auvers-sur-Oise, the locations where he created many of his timeless works.

Van Gogh Alive – The Experience utilizes 40 multi-channel high resolution projectors and high fidelity sounds to create a three-dimensional display projected everywhere with the system of advanced technology SENSORY4™; on the columns, the ceilings and the floor.

Here’s a taste of what to expect:

For Rent: The perfect Plaka experience