Tracing the Outstanding Olive to its Neolithic roots 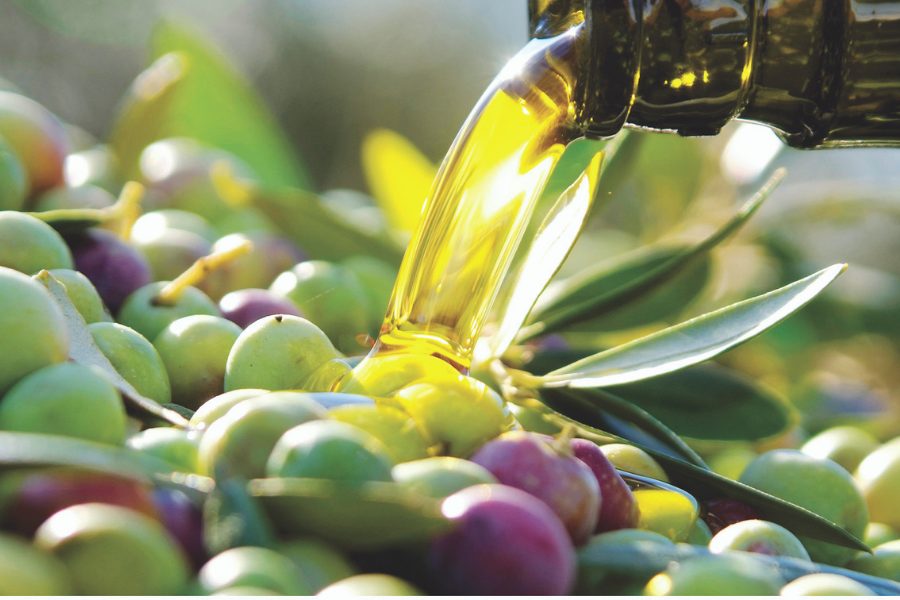 What would life in Greece be like, without olives for eating and olive oil for cooking? Unimaginable. And that has been true since time immemorial – which means, for human beings, the Neolithic Age is ‘when it all began to happen’. Archaeologist Holley Martlew – in praise of the olive.

Did you know that olives in their native state have a bitter flavour which cattle and goats don’t seem to mind, but make it doubtful that they were eaten by humans before a way of curing them was discovered? This is not too difficult for young olives, the green ones, because they can be cured in water, but olives left on the vine to ripen, becoming purple or black, need more than water to be cured — the addition of salt, vinegar if available, and then for improved flavour, a herb or a bouquet of herbs. 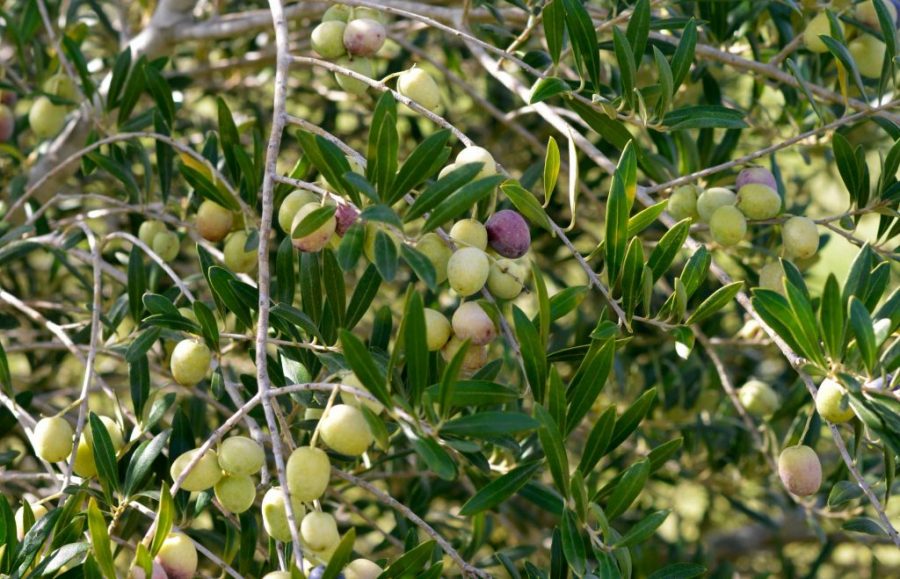 So the story goes back to that old question of which came first, the chicken or the egg. Wild olives were found In Neolithic Argissa in Thessaly, along with peas, lentils, vetch, pistachios and acorns. The exact time olive trees were domesticated in Greece is not specifically known. In light of the above, it is possible that originally olives were used, not for eating, but for oil. Olive oil, nearly smoke free, is excellent for use in lamps, and it is very tasty, hence good for cooking. Lighting and cooking would have come first, but using it for cleansing and pharmaceutical purposes must have followed soon after. Then, at some point, recognised as an important commodity, it came to have a symbolic meaning as well, and began to be used for anointing in religious rituals. A term that came into common use thousands of years later, “Messiah”, means the “anointed one”.

Olive presses have been found in Israel dating ca. 5000 B.C., but in Greece the earliest archaeological evidence is Early Bronze Age. By inference, presses had to exist in Crete in the Neolithic. The proof of the pudding is eating it. There is evidence that olive oil was consumed by the Neolithic inhabitants of the Gerani Cave on the northern coast of Crete near Rethymnon.

How do we know this? Because organic residue analysis was carried out on potsherds found there. The purpose was to discover what was cooked, eaten, and drunk in Neolithic Crete. Results were obtained by extracting chemical components from diagnostic sherds (weighing from 2.5 to 5 grams each) which were then interpreted by an organic chemist with specialised knowledge.

A small bowl dating to the Middle Neolithic, ca. 4500 B.C., was found to have contained olive oil. It also had contained plant waxes from leaves and nuts and fat from sheep or goats. Another bowl of the same shape, dating to Late Neolithic ca. 3800 B.C. was found to have contained a stew made of leafy vegetables and a copious amount of olive oil. Sherds from these two bowls provide us with absolute proof of both the extraction of olive oil and its consumption in the Neolithic. 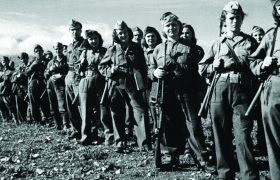 The Forgotten History of the 122nd Infantry Battal...

Wines of Santorini: A taste journey into a fascinating volcanic terroir