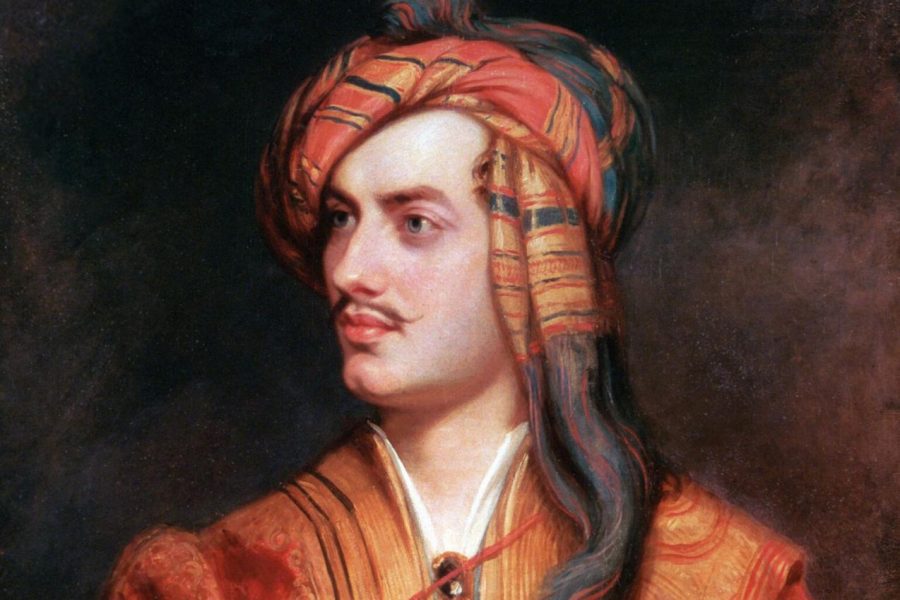 “Byron shows us what Philhellenism is. It is quite simply a transformative love affair,” writes John Kittmer, who – just like Lord Byron – fell head over heels for Greece on his first visit as a young man.  In this heartfelt paean to Greece, the former British ambassador distils the enduring essence of Philhellenism, past and present.

The small boat, with its group of twenty or so British tourists and schoolkids, was leaning into the wind across choppy waters. Gerald, our teacher and guide, was telling us two stories at once and they were becoming occasionally confused. As we left the jetty of the pretty town, the geography opened up in all directions. Behind the town, itself set out on the edge of the bay, a conical mountain was now rising. The island to which we were heading now seemed much larger; its sides precipitous and covered in forest. ‘The surrender of the Spartan garrison on Sphacteria was the first time that Spartans had ever capitulated,’ Gerald shouted, above the noise of the engine. ‘It was an exciting moment for the Athenians: a moment that carried them into uncharted waters – waters that were unfortunately stalked by Hubris and Nemesis…’ The waters through which we were being cοnveyed seemed themselves to be increasingly stalked, by danger. We were apparently now heading out into the open sea through the southern channel between Sphacteria island and the mainland, and the waves were getting bigger. ‘We will soon see the monument to the French sailors who died at Navarino,’ said Gerald, optimistically. The boat bounced on the turbulent waves, as we approached the stairs cut into the cliff of the islet of Tsichli Baba. ‘It’s too choppy to land today – according to the captain, but we’ll sail round the islet and then return to find the English monument.’

It was the middle of April in 1984. I was sixteen. We were in the first week of a three-week tour of Greece and were travelling around the Peloponnese. It was Orthodox Lent and we were due to spend Holy Week on Aegina and Easter week on Sifnos. I had never been to Greece before, but had been learning the ancient language for three years. Earlier in the day, we had excitedly toured the Mycenean remains of Nestor’s Palace at Ano Engliani. Now we were learning about events in the Peloponnesian War in 425BC (the capture of Sphacteria by the Athenians) and the Battle of Navarino on 20 October 1827AD.

As we reentered the bay, Gerald told us about the disposition of the Ottoman fleet (arranged in a horseshoe) and the tactics and skill of the allied sailors, as Codrington, provoked by Ibrahim’s fleet, launched a devastating and decisive counterattack. From the Englishmemorial on Chelonaki islet, we could see, at the northern end of the bay, the flatlands of the lagoon and the thirteenth-century Frankish castle at Old Navarino. In this small corner of Greece, every age of European history seemed to have left its mark. Homeric mythology, ancient and mediaeval history, legendary figures from the age of European empire and Greek revolution, the ghosts and footfalls of the past – all crowded into this compact environment, this landscape of astonishing natural beauty.

First impressions matter. My first impressions of Greece changed the course of my life. I am not alone in that. Rather more importantly for the course of Greek history, Byron too fell in love on his first trip to Greece in 1809. He fell in love multiply. Famously, of course, with Teresa Makri, the ‘Maid of Athens’, but even more lastingly with Greece itself, its landscapes, its mythical past, its people and their customs – and above all, he fell in love with the idea of Greece: a Greece of radical liberty, freed from Ottoman shackles. He was entranced by Greece (I have placed below a favourite stanza from Childe Harold’s Pilgrimage), but for many years, he does not seem to have thought that the Greeks would actually rise up and claim their freedom. It was his friend, the poet Percy Shelley, who taught him a more dynamic form of pro-Greek political activism. Shelley’s radicalism and idealism galvanised Byron and inspired him to his last great venture, in 1823: the adventure that ended with Byron’s death at Mesolongi on 19 April 1824 and the release of a great wave of philhellenic sentiment across Europe and the United States.

Byron was a liberal and his contribution to the Greek struggle was motivated by liberal ideals. But at heart Philhellenism is not a political ideology, though it has a political dimension. The history of British engagement with Greece in the past two centuries shows that passionate British Philhellenes have included liberals, conservatives, socialists and the apolitical. It would also be wrong to think that Philhellenism, though it has important historical associations and deep historical roots, belongs exclusively of the past. I think that the youthful Byron shows us what Philhellenism is. It is quite simply a transformative love affair. 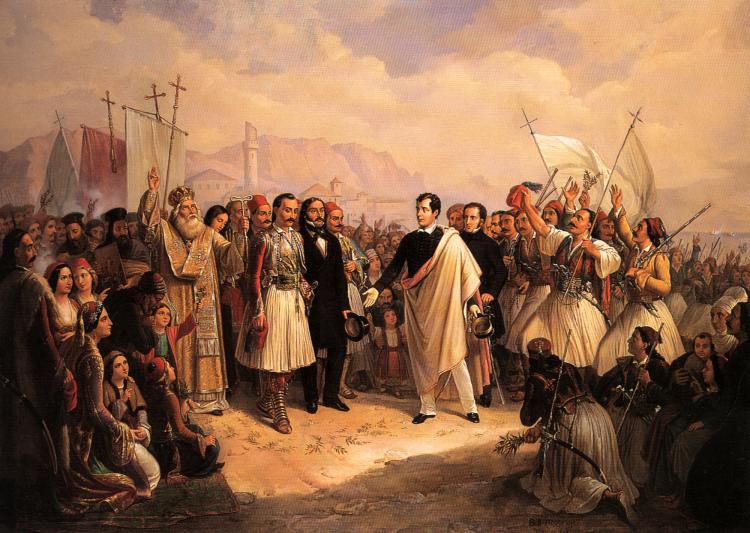 Portrait of Lord Byron by Vryzakis

The millions of my compatriots who go to Greece every year are as susceptible to falling in love with Greece as Byron was in 1809. Whether or not that first spark of love develops into something more lasting and significant depends on many factors, not least personal investment of time, willingness to learn the language, acquiring a knowledge of and a share in the culture. For those of us who come to Greece and truly fall in love with her, this love affair shapes our lives: it guides our present and shapes the future and soon becomes a treasured, indispensable part of our personal history.

So on this day, which marks the 200th anniversary of the launch of the struggle for Greek freedom, I am thinking not only of the heroes of the struggle – Makrygiannis, Kolokotronis, Karaiskakis, Bouboulina, Miaoulis, Mavrocordatos, Capodistrias, Byron, Hastings, Church – and of the ordinary Greeks who fought and endured, but also of today’s Greeks: my many Greek friends and acquaintances, the Greeks I meet in London, those greater numbers of Greeks I have yet to meet in their homeland: Athens, Thessaloniki, and elsewhere. I say to all of you: This day is your day; it goes without saying that after 200 years of sustaining the Greek state what your ancestors achieved is now your achievement. However heavy the burden of the past sometimes seems to be, you are worthy of it and you carry it well. Those of us who love Greece share in your joy and rejoice in your glorious freedom. I send you my warmest congratulations and my love.

No earth of thine is lost in vulgar mould,

But one vast realm of wonder spreads around,

And all the Muse’s tales seem truly old,

Till the sense aches with gazing to behold

The scenes our earliest dreams have dwelt upon:

Each hill and dale, each deepening glen and wold

John Kittmer is an independent researcher, who is working on the poetry of Yannis Ritsos. This article first appeared in the author’s blog

A special Bicentennial Gift for the Greek Diaspora: the Right to Vote

Greece and the U.S: Celebrating a 200 Year Friendship