The City of Athens gets all decked up for Christmas 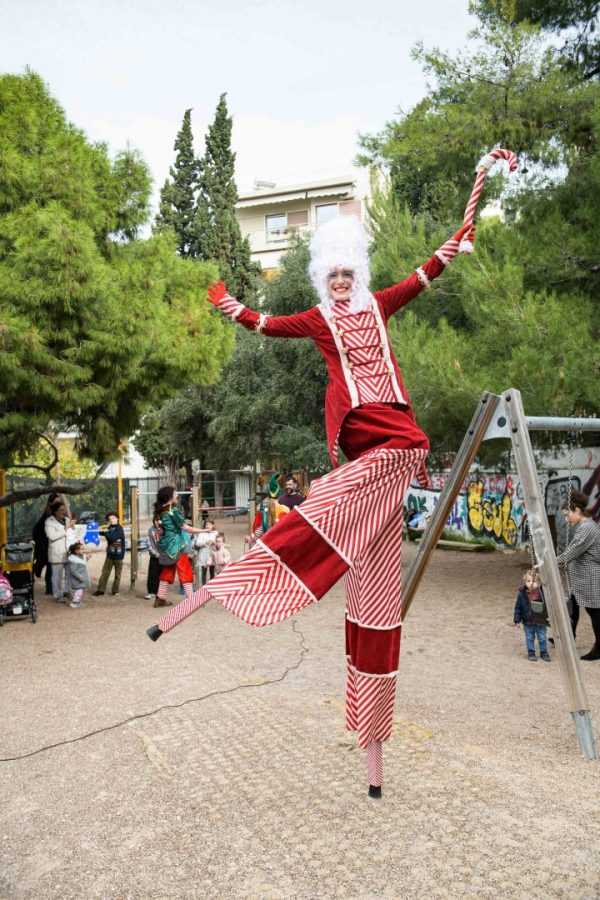 Making up for the quiet Christmas we had last year, the City of Athens goes full throttle with a slew of festive events. Expect 38 days, 52 spots throughout the city, 6 Christmas villages, Ice rinks, 120+ activities for the whole family, 25 musical and theatrical performances, 7 open air screenings, pop-up events, musical surprises and more to amp up the festive spirit in the city!

The City of  Athens kicked off its festive programme with the illumination of the Christmas tree at Syntagma Square. Inviting Athenians and visitors to join in the celebrations, Mayor Kostas Bakoyiannis said, “This Christmas, to the challenges caused by the prolonged pandemic, the municipality of Athens responds with music, theater, surprises for everyone,” while encouraging everyone to wear masks and adhere to social distancing measures. 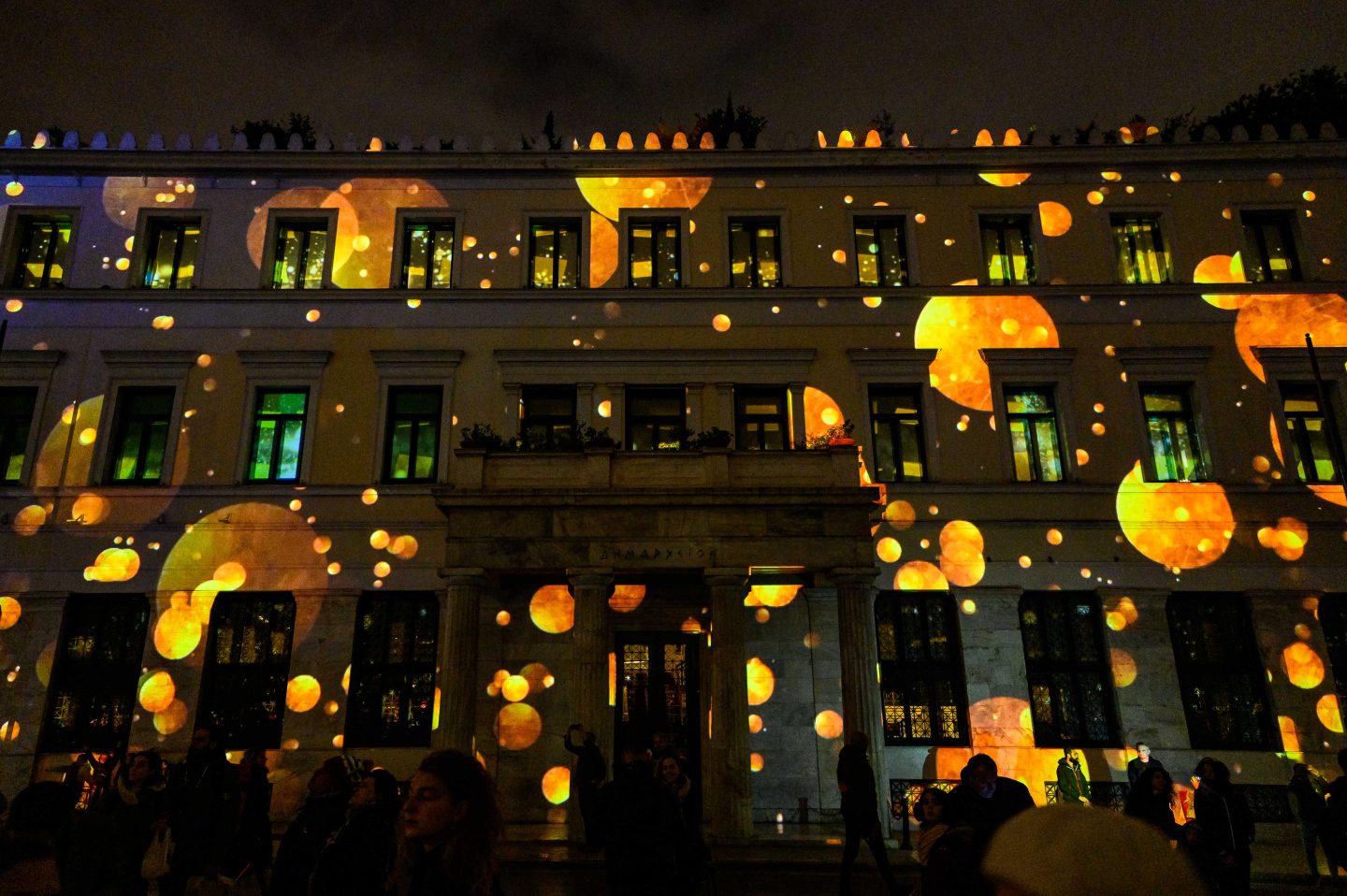 This Christmas, the Municipality of Athens invites residents and visitors of the capital to take part in festive events from Tuesday, December 7 to Thursday, January 13 in 52 different parts of the city. The rich programme includes, among others, more than 120 actions for the whole family , 25 musical theater performances and 7 open-air screenings.

Skate away at the 400m2 ice rink on Kotzia Square opposite City Hall from Friday, December 10 until January 6. Book ahead to make sure you and your little ones have a slot by clicking here.  Admission to the ice rink is free. www.pagodromio.christmasinathens.gr 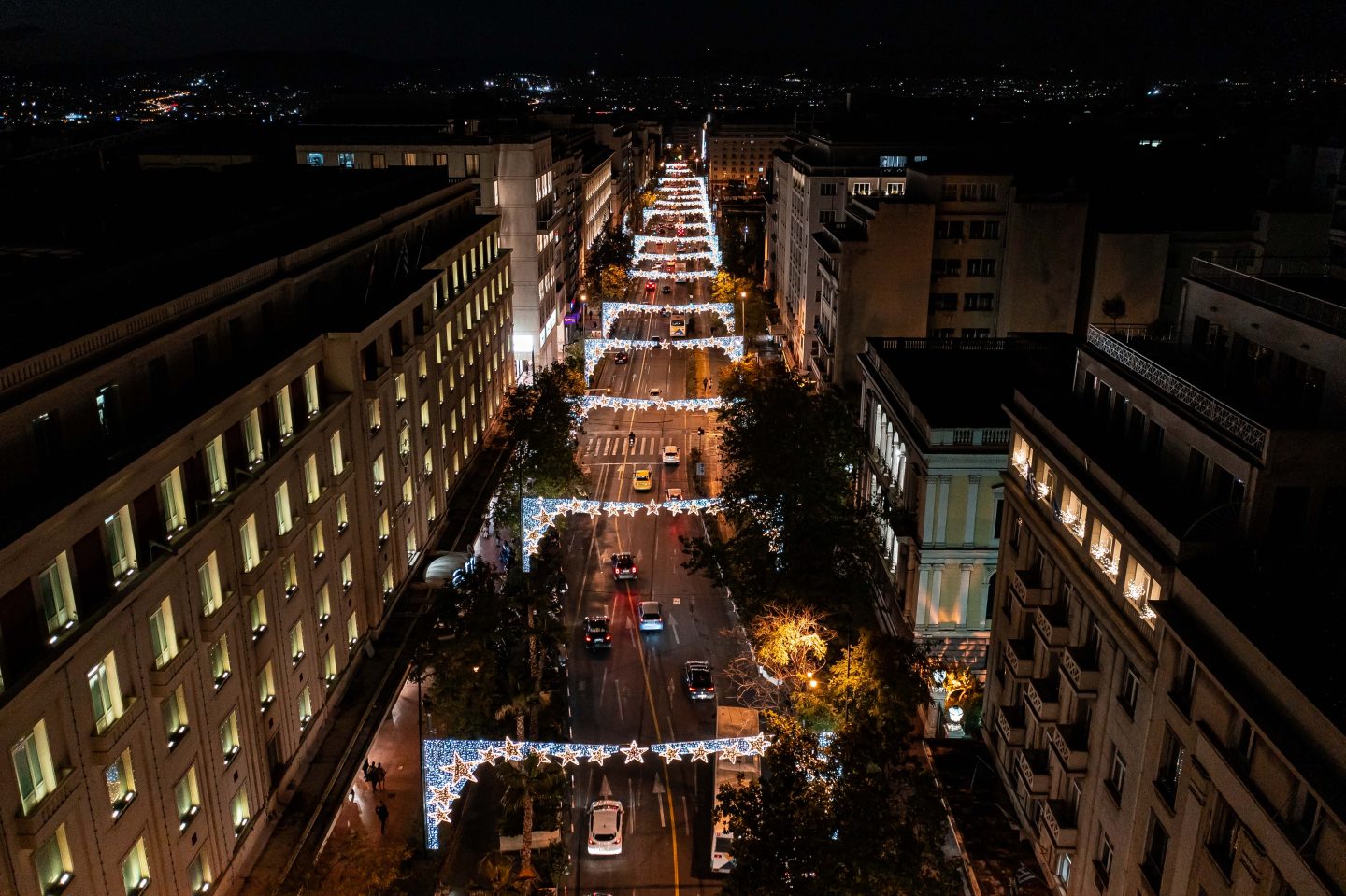 Six Christmas “villages” in the neighborhoods

From Acharnon and Kypseli to Pangrati and Goudi, the neighborhoods of Athens acquire their own Christmas “villages”. From December 17 to January 7, Santa Claus and his elves will be ready to pamper you with gifts and Christmas cheer. Join ornament and card-making workshops, painting workshops and cheer street performers, stilt walkers, jugglers, mascots, puppets and magicians as they liven up the city’s streets. Most museums  have special events and educational programmes for children too.  Watch this space for an updated guide. 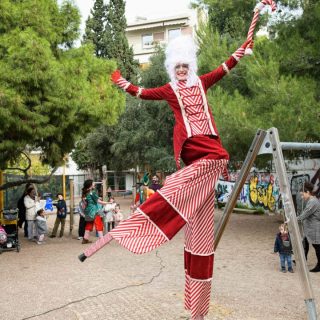 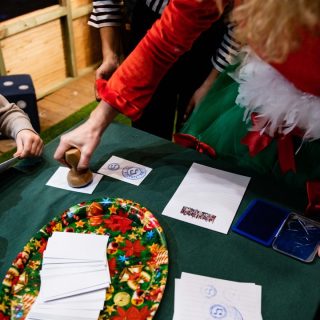 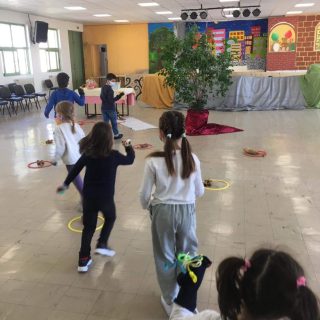 Events for the whole family

From December 11, Museums, Creative Learning Centers, Libraries and the Melina Cultural Center of the Athens Municipality, organize art workshops, storytelling sessions, theatrical plays, tours, museum-pedagogical programs, performances of children’s theater and puppetry. For those who prefer to stay at home, the City has designed online activities aimed at the young and old. 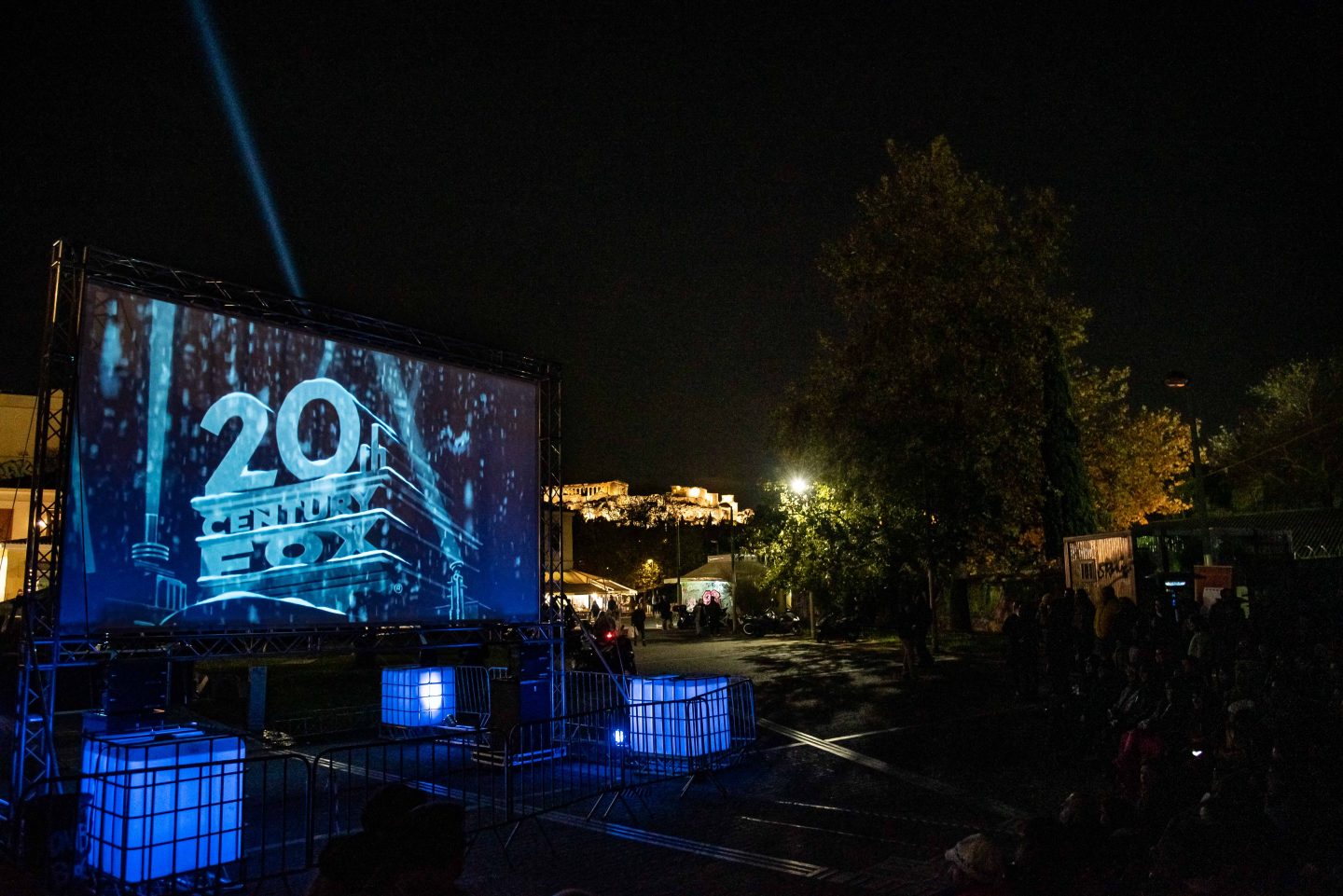 For big screen lovers, seven separate locations throughout the city will be transformed from December 17 to 30 into open-air cinemas to screen favourite Christmas movies selected by the Athens Open Air Film Festival in collaboration with the Premiere Nights. Soak in the Christmas spirit at cinemas at junction of Ermou and Asomaton streets in Thiseio, at the Kolonos Theater, at the Kypseli Municipal Market, at Messolonghi Square in Pangrati, at the Ampelokipi basketball court, at the Gravas Theater and at Zappeion. 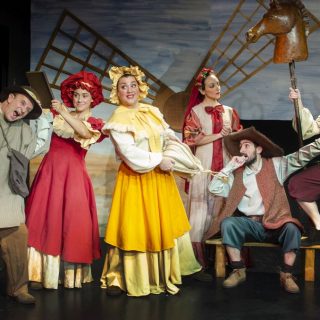 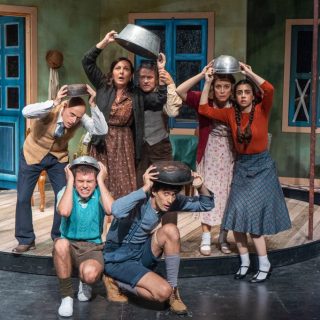 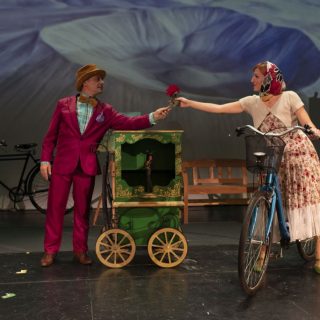 The city’s radio station, Athens 9.84 plays soundtracks that reflects the soundtracks popular in Athenian squares and streets. Expect the Philharmonic Orchestra of the Municipality of Athens to surprise passers-by in all seven Municipal Communities of the city with musical pop-up events to add to the festive atmosphere of the city.

Life is a Stage

From December 20, the Municipality of Athens collaborates with important theatrical stages of the city, offering popular performances for adults and families, with free admission. For a complete list of theatres, click here. Also, snapshots of the children’s play of the National Theater “The boy in the Gallery” by Angeliki Darlasi -adapted by the director Sofia Marathaki- in flash mobs, will be presented in four neighborhoods of Athens. At Olympia, the Municipal Music Theater “Maria Callas”, the atmosphere will be equally festive throughout this period. From December 18, the comic opera – swan song by Spyros Samaras entitled “The Cretan Girl” directed by Petros Zoulias and directed by Andreas Tselikas will be staged.

On Christmas Eve, the night sky above Kotzia Square will be lit with traditional lanterns and an impressive audiovisual show by the Athens Digital Arts Festival will dazzle Athenians. 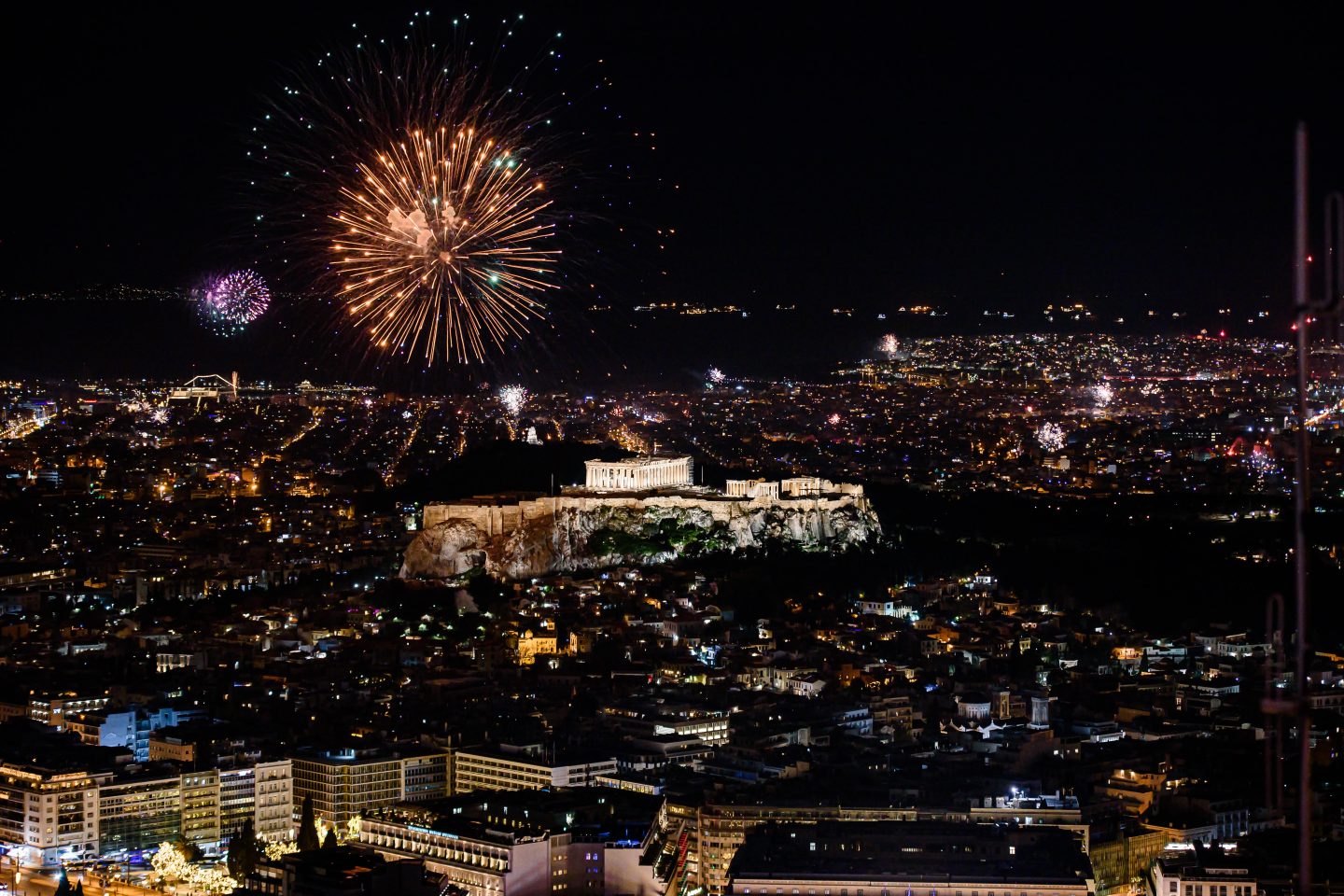 The festive program of the events culminates on New Year’s Eve with a surprise event to usher in the New Year with joy and optimism!

For more information and a detailed programme of the City of Athens’ Christmas events, visit here.

Celebrate the festive season in style at the NJV Athens Plaza