Spot the Difference: Fun Facts about the Parthenon of Nashville 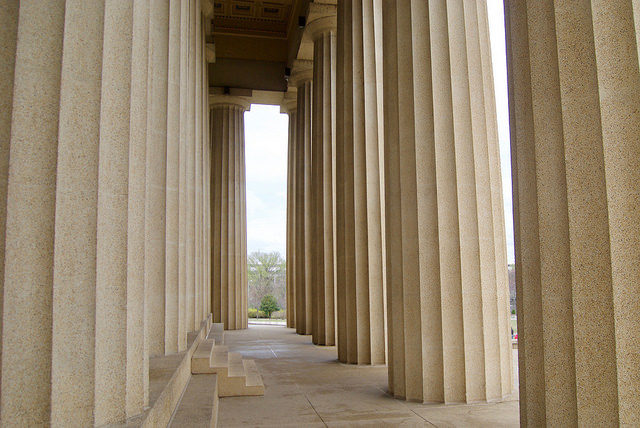 Our Parthenon is the envy of the world. But while there can only be one, we’re loving this restored and detailed replica of Athens’ crowning glory in Nashville, Tennessee. The wondrous full-scale replica – complete with a 42ft golden revival of our long-lost Athena – is a flattering testament to the influence of Greek history across the world.

The Nashville Parthenon was intended to be a temporary build for the 1897 Tennessee Centennial Exposition and was one of many sights in Centennial Park for this event. However, it was decided that it would be built as a permanent exhibit in the park. 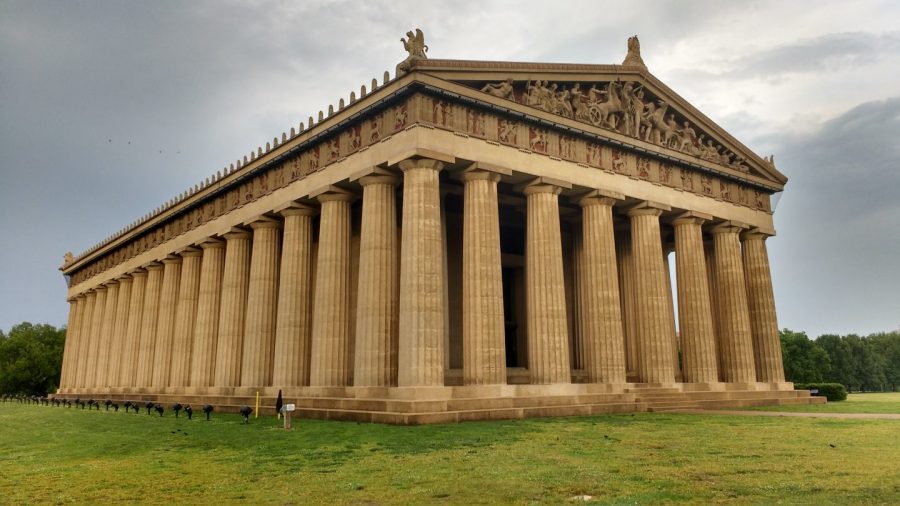 The temple was then built permanently on the foundations of the temporary one in the 1920s, becoming a staple attraction in the city. The Nashville Parks system runs the structure as a museum, which hosts an imagined replica of the mighty Athena Parthenos, a statue lost to the original Parthenon, as well as replicas of the Parthenon Marbles and other exhibits.

The Athena Parthenos was sculpted in 1990 by local artist Alan LeQuire. The statue of the goddess Athena is adorned in gold leaf and towers a mighty 42 feet tall within the Parthenon. She stands as the centrepiece of the temple, as she would have in the original. 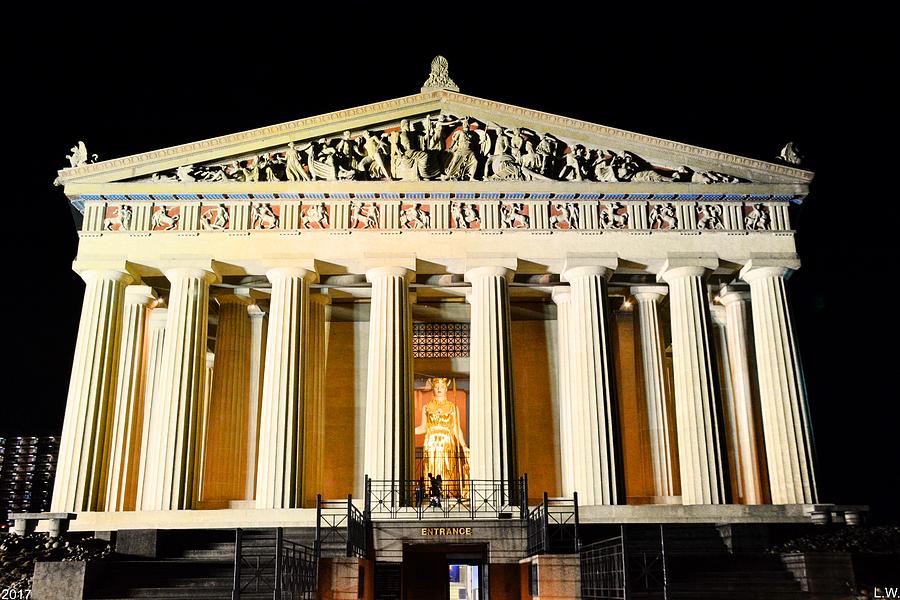 The realism of the temple and the monuments inside of it are astounding. The Parthenon Marbles are even a cast from the original Marbles housed in London at the British Museum. This wonderous replica is a must-see if you are ever in Nashville and a testament to the influence of  Greek history across the world.