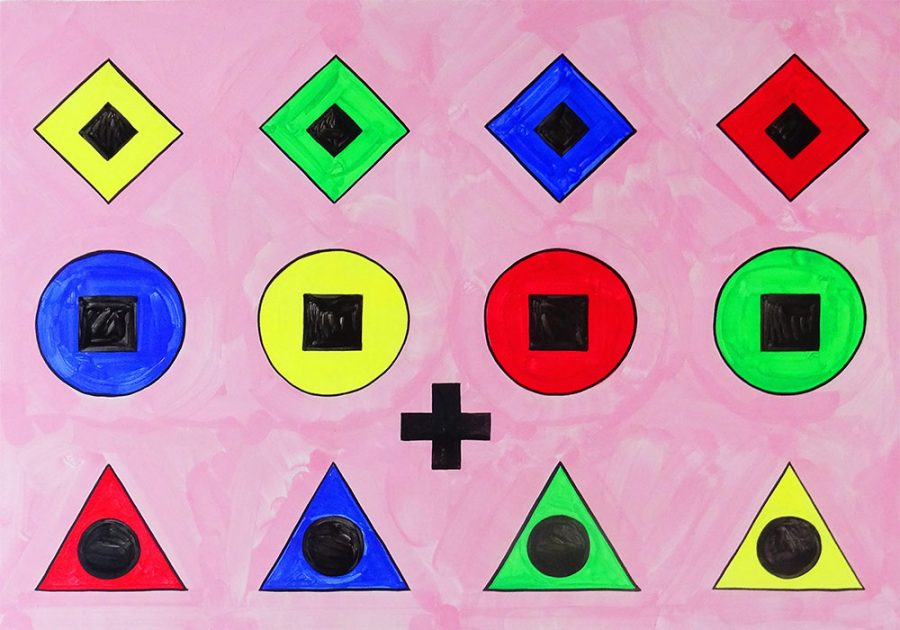 Image courtesy of the Breeder Gallery

WHAT: Navine G. Khan-Dossos’ solo exhibition, hosted by the Breeder Gallery, is a provoking visual reflection on the role of women regarded by society as both perpetrators and victims of violence. What does it mean to be both menace and target? The violence represented is not merely physical, but embodies a wider threat to society by those who exist on the periphery of mainstream politics and culture.

Shoot the Women First was reputedly the direction given in the 1980s to members of West Germany’s elite GSG-9 anti-terrorist squad. It subsequently became standard advice offered by Interpol to other European agencies in the wake of the Baader-Meinhof, Red Brigade, IRA and other paramilitary attacks carried out by groups including female terrorists. Khan-Dossos’ works draw on a heterogeneous range of historical, ongoing and future scenarios. Within the Greek context, they were shaped by the 2012 arrests of female drug-users suspected of doing casual sex work in Athens, the forced HIV testing of these women, and the imprisonment of those with a positive test.

Shoot the Women First is laid out across two floors in the style of a shooting gallery.

WHERE: The Breeder Gallery

Khan-Dossos studied History of Art at Cambridge University, Arabic at Kuwait University, Islamic Art at the Prince’s School of Traditional Art in London, and holds an MA in Fine Art from Chelsea College of Art & Design, London. In 2014/2015, she was a participant at the Van Eyck Academie in Maastricht. She has exhibited and worked with various institutions, including The Museum of Islamic Art (Doha), Witte de With (Rotterdam), The Van Abbemuseum (Eindhoven), The Delfina Foundation (London), The Library of Amiens (Amiens), Leighton House Museum (London), The Benaki Museum (Athens) and the A.M. Qattan Foundation (Ramallah).