Menu
Home | Insider Stories |  The School of Life in Spetses

The School of Life in Spetses 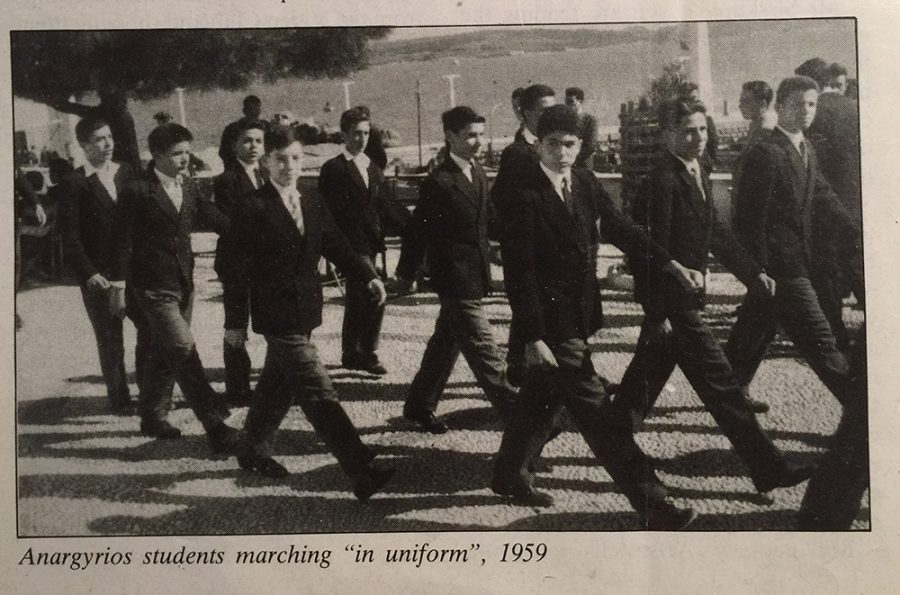 John Zervos’ mid-century Spetses was a Spetses of shipping tycoons, Russian ballet legends, kings and presidents. Here, he shares with Insider his enduring impressions of his boarding school days at the Saronic island’s infamous Anargyrios College, which was modelled on Eton and immortalized in John Fowles’ classic The Magus.

To my parents despair, I never seemed to grasp anything academic. So after the Moraitis School (one of Athens’ most august private institutions) I was sent to a German school in Athens called Dõrpfeld Gymnasium for a year. I hated the long bus ride, despised the smug teachers, and played hooky most days. Pleading unwell, I would leave the school and wait for the seedy cinemas to open on Patission Street. When the weather improved I would take the old subway with its wooden carriages to Piraeus, rent a rowing boat and bask in the sun admiring the ships and activity in the busy port.

As a consequence, I failed all my classes and was dispatched in January 1958 to Anargyrios College (AKSS) boarding school on the island of Spetses, the one captured by John Fowles in his famous post-modern literary work The Magus.

My five-hour passage to Spetses, a loaf-shaped and verdant island in the Saronic Gulf, was on the steamship Neraida, (Mermaid) expertly piloted by Captain Latsis who wore a Greek seaman’s hat and had weathered many storms in his time. He told me of his plans to buy cargo ships and become rich and famous like Aristotle Onassis. So important to have a vision in one’s life! 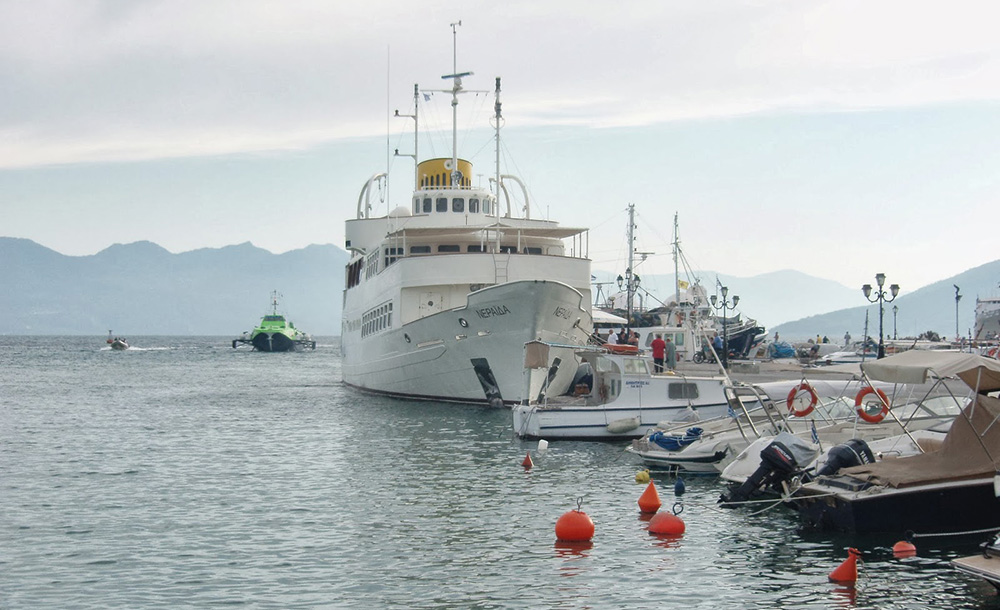 Twenty-five years later, Yiannis Latsis, become one of the world’s most successful Greek ship tycoons with a huge cargo fleet, refineries, banks and glory. He kept a low-key profile but often invited powerful politicians from around the world on his yacht. He always brought them to Spetses. Years later, sitting in the port of Dappia I used to see George Bush, Colin Powell and others milling around in their shorts, all guests of Captain Latsis (who died in April 2003).

My alma mater Anargyrios College had been founded in 1923 by a Greek tobacco merchant called Anargyrios to ‘ train future Greek Prime Ministers’. There was only one that I was aware of, George Rallis, who succeeded Karamanlis in 1978. He was the scion of one of Greece’s great dynasties, both his father and grandfather also served as prime ministers, and the patrician Rallis brought a decency to the hurly-burly of Hellenic politics rarely seen in the divisive post-war period.

The school was modeled after Eton College, and built with planned discomfort in mind; no hot water, no carpeting, and narrow metal beds to discourage venal activities. The large buildings were semi-neo-classical and the campus boasted impressive sports facilities. The end–of-year athletic event called gymnastikes epidixis, was a three-day affair usually attended by the King, who stayed at the magnificent Posidonion Hotel also owned by the school (and also immortalized by Fowles in his novel as that “obese Greek Edwardian hotel”).

Life was not easy at the school. In addition to the freezing water, we were roused every morning for a dizzying plunge in the cold sea. 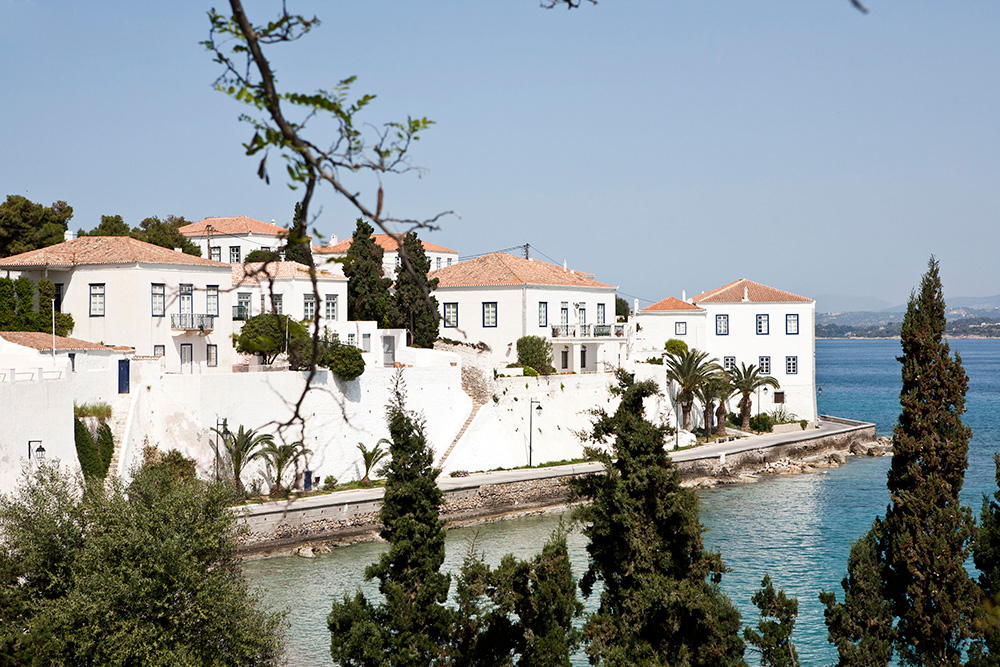 There was no escape from the hazing from older boys, the physical beatings from the teachers and staff and the rigid schedule of classes and sports. On Sundays, we were allowed out of the school in uniform and were marched to church, followed by a film screening, and later indulged in eating ‘pastes ‘sugar cakes, made with nuts, a local specialty, called Amygdalota made from almonds. Before returning to school we would secretly smoke cigarettes in the public loo.

The housemaster, Kesses, would wait to smell our breath. If found guilty our name was written down for evening punishment after prayers. On Saturday mornings, instead of jumping into the sea we had to jog up the mountain through the pine forest until we reached a small stone amphitheater that was used for productions of Ancient Greek drama. Little did I realize that twenty years later I would be using the same theatre for my own productions with American actors and students – everything from Shakespeare to variations of Greek plays. It was a magical location with a view across the bay to Porto Heli on the mainland.

My English teacher at the school, Leonard Bernstein, first introduced me to Shakespeare by acting out the parts himself. It was a good educational tool that I enjoyed and paved the way for my liking of Shakespeare ever since. 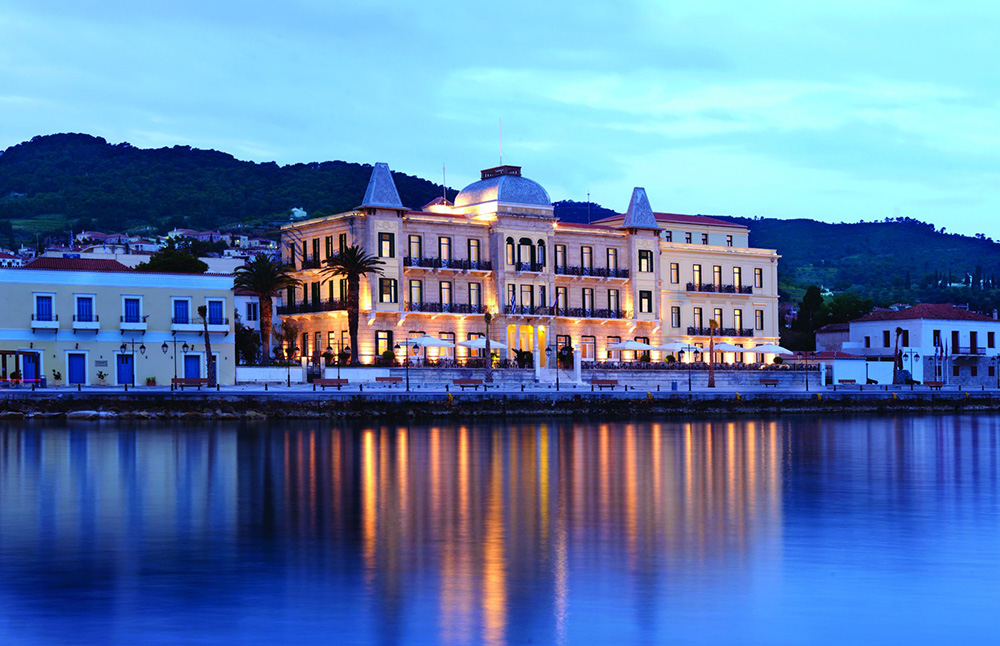 Poseidonion Grand Hotel, described by John Fowles in “The Magus”

The school had a library, mostly unused. There I discovered a treasure trove of books in English. During monitored study periods I would read them instead of doing my homework. If anyone asked, I told them I was studying for my English class. It was here that I read Pearl S. Buck’s, The Good Earth, Michael Sholokhov’s And Quiet Flows the Don and other novels that opened my mind to exotic places and events of which I had been unaware.

As for Spetses itself, it was (and still is mostly) car-free with delightful horse-drawn carriages for transport, beautiful neo-classical houses that wealthy Athenians had built for their summer abodes. The main port of Dapia was lined with canons to protect the island during the Greek war of Liberation from the Ottoman Empire between 1821 and 1830. Spetses has a special heroine, a courageous sea captain called Laskarina Bouboulina who won all her naval battles; there is a museum created in her honour with artifacts, canons and engravings of her accomplishments. Next to Spetses is a tiny island called Spetsopoula, ‘ little Spetses,’ owned by the Niarchos shipping magnate who furnished it with roads and a game preserve (reportedly the Prince and Princess of Wales spent some of their honeymoon there).

In the late 50’s and 60’s, the fashionable hangout was Blueberry Hill where you went to dance under the stars.

In 1980, a bar/night club called Figaro opened in the old port catering to ship owners, royalty, and jet setters from across the world. On its opening night, 500 private yachts docked at the marina. Nureyev was present, Prince Paul, the Niarchos shipping clan, as well as the crème of Athenian society. In 2003, its lease was not renewed. The building was bought in 2018 by an old friend, ship owner Marios Stafilopatis, who is now turning it into an international gallery.

John Fowles, the British author, had taught at my school in 1953, and later wrote his best-selling novel called The Magus about an eccentric character that lived on the other side of the island in mysterious circumstances. The book, which was made into a film in 1968 starring Michael Caine, Anthony Quinn and Candice Bergin, launched Spetses into the literary limelight. It was a complicated story. But it captured the essence of Spetses’ beauty and the imagination of future tourists who came looking to find the famed ‘Magus’ house. 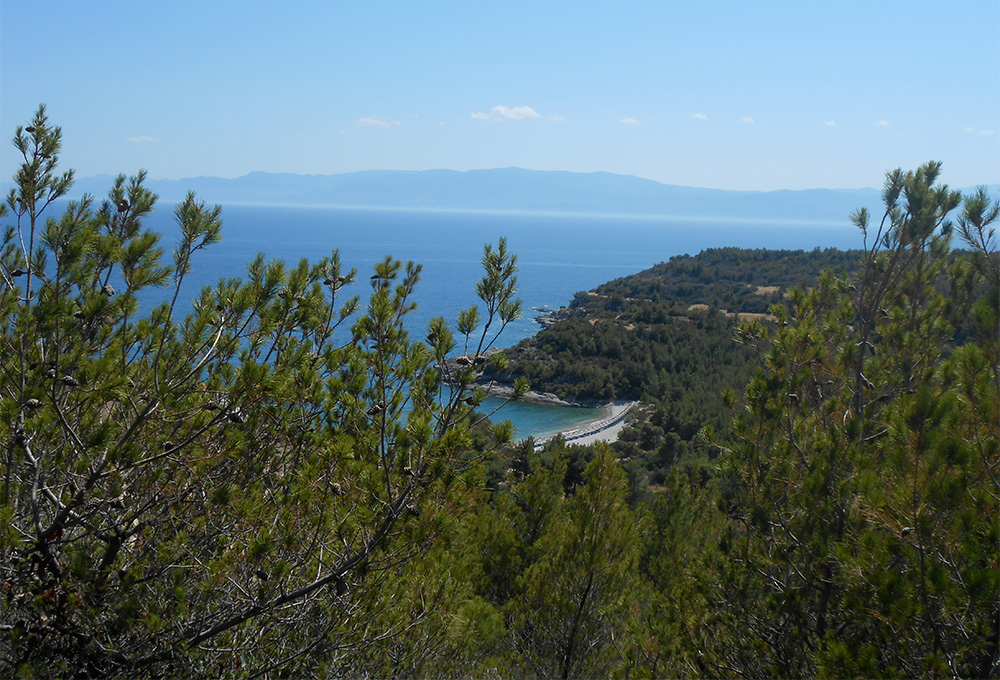 The Green Beauty of Spetses

Extract from John Zervos’ forthcoming memoir “A Life in Paradise”.

My Athens … is Free, Fun and Funky!