Menu
Home | What's On | Room Service with a difference

Room Service with a difference 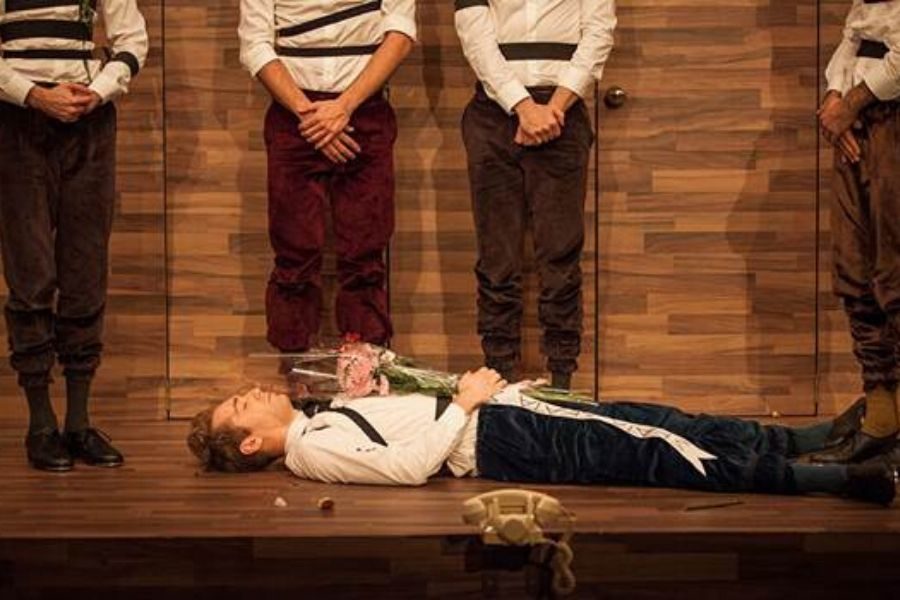 On Friday, May 8, at 21:00, the frenetic farce Room Service by John Murray and Allen Boretz, directed by Ektoras Lygizos, which premieres live on YouTube, while on Sunday, May 10, “a comedy, at times a farce”, as described by its author, takes over YouTube Live: “The Cherry Orchard” by Anton Chekhov, fondly directed by Nikos Karathanos and enacted by talented actors. On Wednesday, May, 13, at 21:00, we give in to the imagination of the widely traveled film by Onassis scholar Konstantina Kotzamani, Yellow Fieber. A YouTube live premiere, in which Athens is covered by a yellow dust and turns into a forest of palms.

Until May 14 you can watch Aris Biniaris’ show that “plugs” the Bacchae, with rock music electrifying Euripides’ words; until May 16 XENOS by Akram Khan, the last solo performance in the career of the great choreographer, along with a stellar creative team; while the intercultural Trojan Women by Euripides from the Ancient Theater of Delphi, uniquely directed by Theodoros Terzopoulos, will be available until May 17.

From Friday, May 8, Kiriakos Hadjiioannou accompanies us to an adults-only, multi-modal performance, an “ode” to eros or whatever remains of it in troubled times, with his Erotikon / Higher States, part 3. Georgia Spiropoulos is inspired by the word “λάθως” (lathos: in error), written on the walls of Athens, and presents eror (The pianist), in a city without people, where the only survivor is a pianist who repeats that same word over and over again. 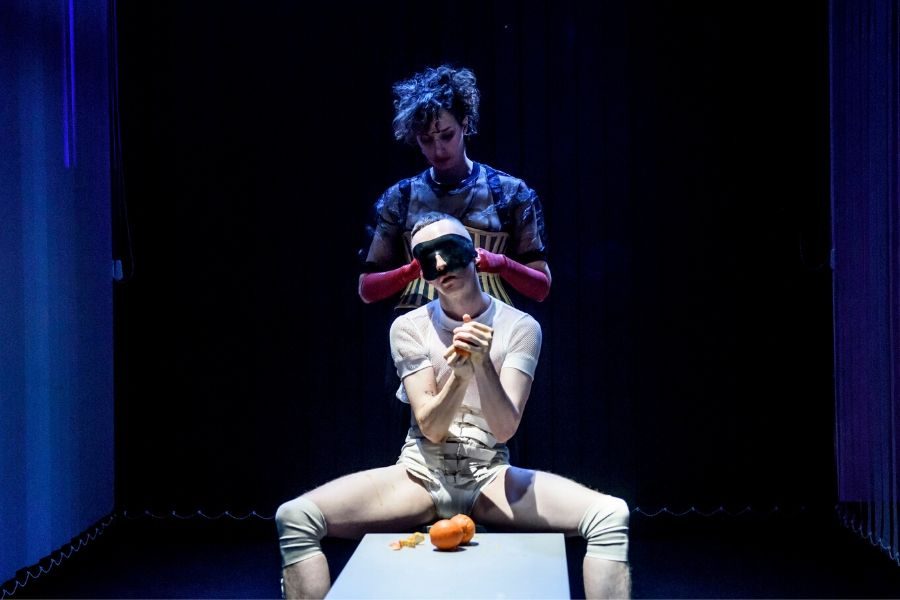 If you wonder how virtual our reality is and what stories are worth being told, watch Mixed Realities, the documentary created by Stegi for the masterclass that took place at the end of 2019 in collaboration with the New Museum, New York. If, on the other hand, you wonder how many students are needed to shake a stage, watch the documentary for Dancing to Connect, in which teenagers from schools at Kalamata speak with their bodies, dance with their hearts, and come together through a dance that is as daring as themselves, in March 2020 at the Kalamata Dance Megaron, a few days before the lockdown.

The Cavafy Archive keeps on immersing us into the unique world of the Alexandrian poet C. P. Cavafy, with the program Seven Poems, Seven Lessons, in which the analysis of one poem at a time (this week the poem “In The Month Of Athyr” is presented) turns to an in-depth discussion about Cavafy poetry, while at the Onassis Library the author Thanassis Triaridis analyzes how the concept of library evolves over time as a fundamental conception of Western civilization, accompanied by the narration of the actress Lena Papaligoura, in the lecture Mobilis in Mobile: The Library as a supreme monster of western imaginary. 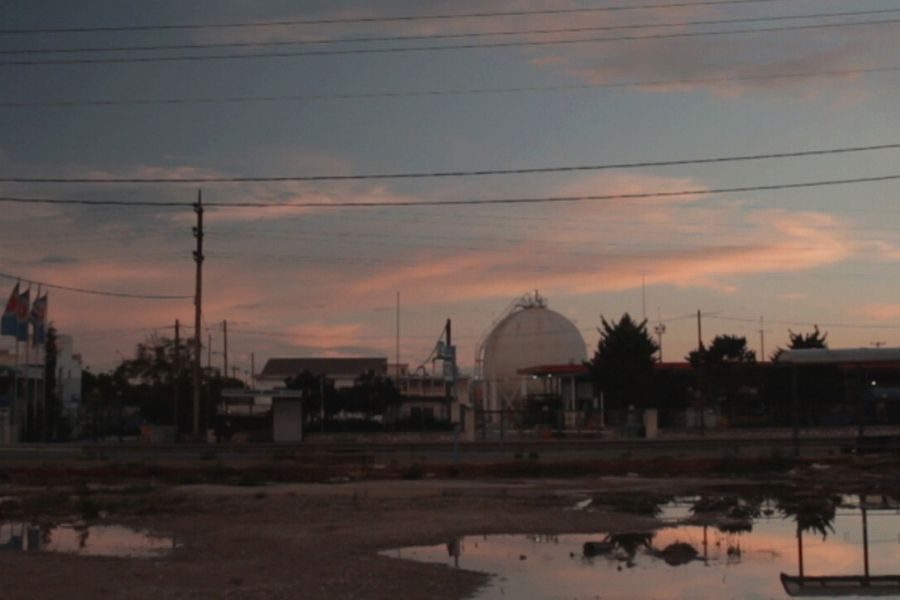 Stefanos Tsivopoulos, in his short film We, Antigone, shows how Antigone is a figure beyond categorizations, a paradigm of resistance, spotlighting the life of a 25-year-old American. The film was presented in the context of the Onassis USA festival Antigone Now in 2016. In the same week, another myth will occupy us, that of Narcissus, in a podcast created for the Onassis USA festival Narcissus Now in 2015, with the Professor of Ancient History and Classics at the Institute for Advanced Study in Princeton Angelos Chaniotis speaking.

Last but not least, the Founding Executive Director of Onassis Los Angeles (OLA) and host of noted interviews at the New York Public Library for years, Paul Holdengräber, presents his conversation with the indisputable punk culture icon, musician and performer Henry Rollins, in the context of “The Quarantine Tapes”, namely his 20-minute conversations with various guests about how they experience the global pandemic and social distancing. 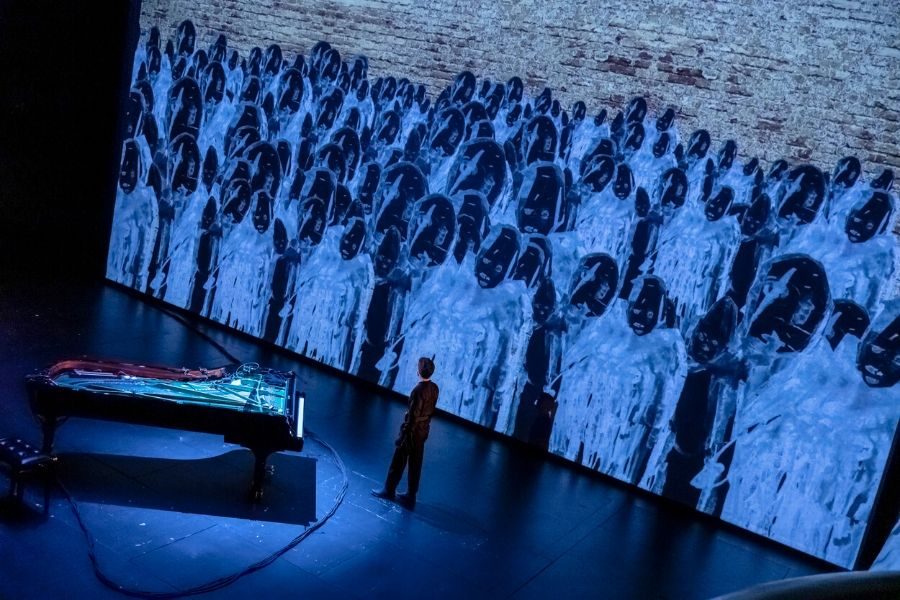 Nikos Karathanos, The Cherry Orchard  by Anton Chekhov (with Greek and English subtitles)
Live premiere: Sunday 10 May at 21:00 GMT +3

Documentary about Dancing to Connect 2020 (Kalamata) (with Greek and English subtitles)
Cavafy Archive, Seven poems, seven lessons “Going back home from Greece”
Onassis Library, Mobilis in Mobile: The Library as a supreme monster of western imaginary

Stefanos Tsivopoulos, We, Antigone (with Greek and English subtitles) 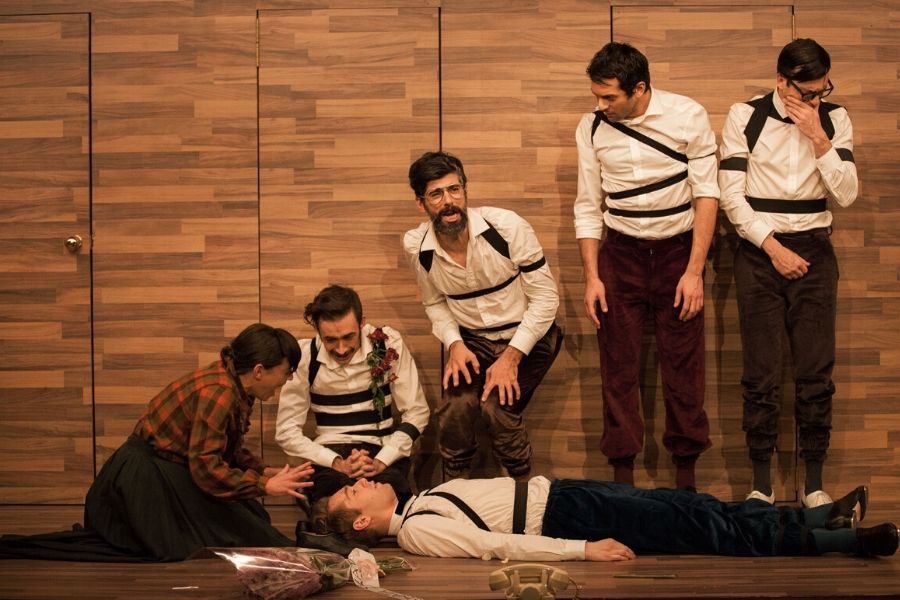 Onassis Symposium: The Role of the Artist in Society (2016) (with Greek and English subtitles)

Live from The Greek National Opera