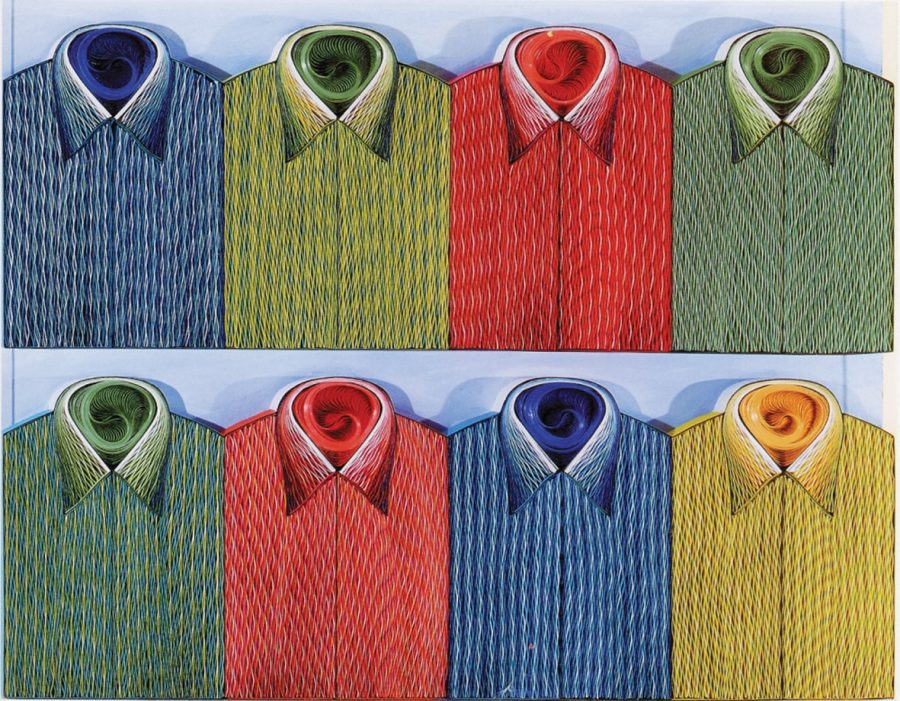 Pavlos’ talent shone through in his ability to create objects that surpassed realism as we know it, transforming them into symbols that represented the “idea” of these objects rather than the objects themselves.

The intricacy of his work and the complexity of the colours captivated the eye.

From large compositions of sweeping, bucolic meadows and oscillating seas to still-life objects such as hamburgers to shirts, socks, ties and fruit bowls, Pavlos focused largely on the use of printed paper to create folds and edges, producing the illusion of movement in his pieces.

He even produced a series of works depicting Superheros like Batman and Spiderman. He represented Greece at the Venice Biennale in 1980 and his works are part of collections at MoMA in New York, the Musee d’art Moderne de la Ville and the Centre Pompidou in Paris, the European Parliament in Brussels, the National Gallery of Athens and many more.

An artists’ hub in Plaka