Menu
Home | Travel | Into the Wilderness 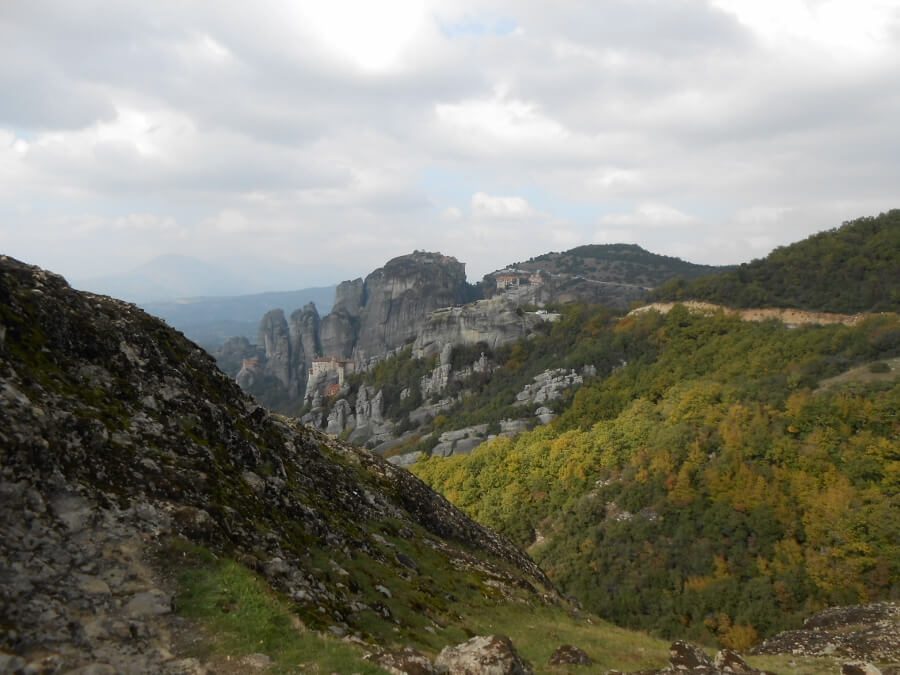 Isabella Zampetaki presents the savagely beautiful landscape around Lake Plastira and suggests a trip to the awe-inspiring Meteora for this spring.

Surrounded by green hills, fjord-like peninsulas and the vertical slopes of Mt. Agrafa, Lake Plastira is an artificial lake, close to Karditsa (around 320 kms from Athens) in an area of great natural beauty.
A destination for all seasons, Lake Plastira offers a plethora of possibilities in terms of activities to explore the Lake and its surrounding environs. The most popular experience is that of driving along its west side and towards the dam at its southern edge. There, you can walk the rim of the dam and catch a view of the canyon through which the river Tavropos meanders down to meet the Acheloos river. An alternative experience for sports enthusiasts is that of riding a bicycle along the lake or to go horseback riding near it. If you are into water sports, rent a canoe or water-bicycle and explore some of the 24 square kilometers of the Lake’s surface. The Neraida ski center, just a few kilometres away, is a winter-sport destination with basic facilities that welcome younger skiers.

A drive around the lake and its sleepy villages, where signs of life are limited to smoky chimneys and raucous hens, can also be combined with a visit to nearby monasteries, such as that of Panagia Pelekiti.
Some interesting facts about the lake itself is that the decision to create it was taken in 1959, after a series of major floods in the area. Previously, during World War II, part of this plateau had been used as an airport base and it was here that the first allied-forces airplane landed in August 1943.

Meteora:  a flock of monasteries perched on sandstone pillars

The valley of Meteora, less than an hour’s drive away, is one of the day trips worth making while staying in the area of Lake Plastira. Meteora, a flock of monasteries perched on tall sandstone rock pillars suspended between heaven and earth, is a landscape that simultaneously  inspires utmost serenity and awe. The six monasteries that are still active today were built in the early 14th century to protect monks from Turkish raiders seeking control of the fertile valleys below.  The traditional way to access the monasteries was by net, hauling up people and goods alike, or rope ladder. This should make the steps that one has to climb today seem less of an ordeal. The best monasteries to visit in order to get a feel of what 14th century monastic life was like are those of Varlaam and Great Meteoron. At Great Meteoron, one can see a traditional fully-equipped kitchen and the Varlaam monastery features a gigantic barrel used to store drinking water, as well as a nursing home with an intricate heating system.

Montanema, a village in the woods 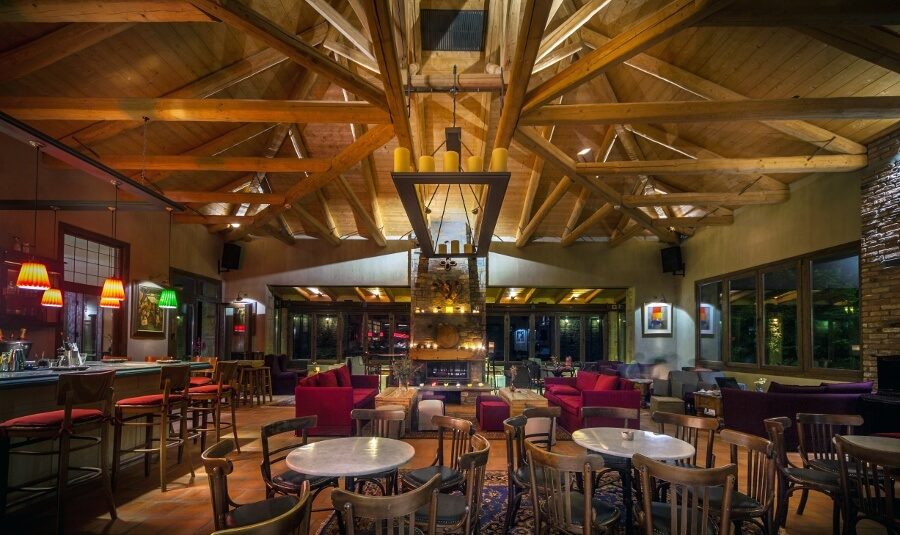 There are a great number of hotels around Lake Plastira, but Montanema Handmade Village is the most recent and most interesting accommodation option. In order to reach this village-like complex of stone and wood houses, one follows an easy 3km dirt road that winds its way among tall evergreens on a slope of Mt. Agrafa. Montanema nestles in a dramatic landscape, surrounded by rocky boulders, overlooking a canyon and the red-tiled rooftops of Anthochori village. One can enjoy this breathtaking view both from Fournia restaurant, which serves oven-baked dishes made with local products, and Irema café, where the fireplace crackles all day long.
What also adds to Montanema’s special charm is the extensive use of upcycling: anything from old trunks and square marble sinks to chairs from old tavernas were restored and used to furnish rooms and common areas.  The owners’ environmental concerns come through in their preference for natural and local products and their way of doing things:  local wines are served in the restaurant, handmade bars of soap are offered in the bathrooms. Even the fireplace is lit in an environmentally friendly method. What makes Montanema resort’s experience truly genuine are the seasonal activities offered: trekking in the woods and collecting flowers that grow in the winter or learning how to make feta cheese and savoury pies.  And during spring, the weather is just perfect for hiking to the nearby waterfalls and picnicking under cherry blossom trees.

Top Must-5 experiences at Lake Plastira and Meteora