Menu
Home | Culture | Why do you get free desserts at Greek restaurants? 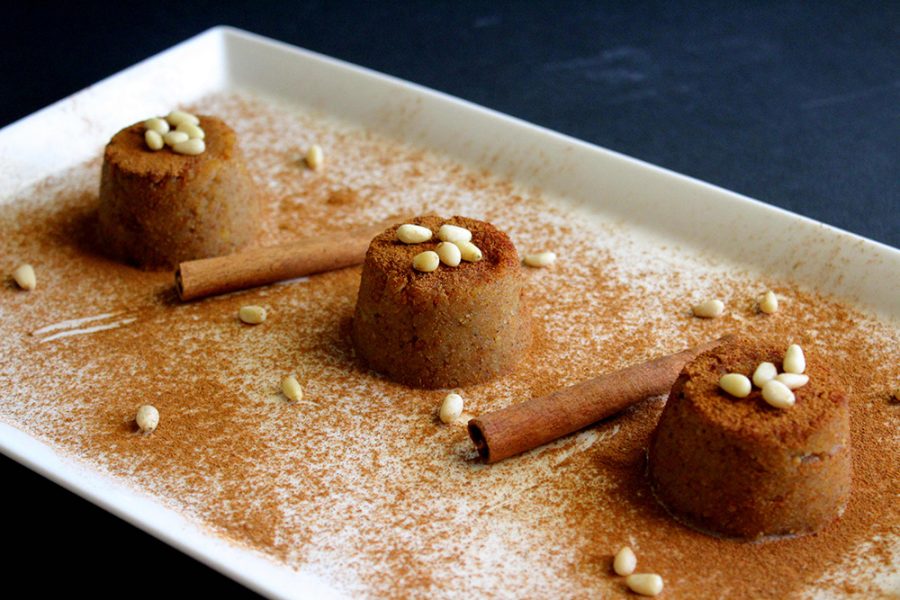 “Kerasma”. You either have it … or you don’t. Athens Insider’s John Carr explores the very Greek phenomenon of the free pudding!

It happens all the time, even through the big bad Greek Crisis. You drain the last of your erythro house wine to wash down the last of the fish, squid, dolmades, bifteki or what-have-you, and raise your hand to get the attention of a waiter.

Whether or not you employ the universal sign language for the bill (You mean the check – Ed.) – a frantic gesture of scribbling in the air – the waiter unfailingly gets the message and presently, in his own good time, ambles up with the desired (or feared) document neatly rolled up in a tiny ouzo glass. But that’s not the only thing he’s carrying. In the other hand is another plate of something, which he plonks on the paper tablecloth with a faint grin.

Panic. Hey, what’s this, did you order something else? Heads shake. Nope. All the old northern European stereotypes of the crafty Greeks – never far from the surface – are about to erupt in righteous indignation, when the waiter utters the magic word, and all is well: “Kerasma.”

Meaning, on the house, folks.

Some weeks ago I spent a few days in Volos and on Mount Pelion, and I swear, each and every time we dined, in whichever establishment high or low, the little freebie dessert appeared like magic at the end.

The first was a couple of small slices of chocolate roll interspersed with a layer of cream. The next day it was an ingenious sliced Pelioritic apple swimming in honey and cinnamon. That evening it was shortbread cups filled with home-made ice cream. There were others, which sadly I don’t remember. Each one different, each one meticulously crafted, each one wholly unexpected.

You’d never find this, say, in Germany, where the Weltanschauung positively forbids any such expression of niceness.

You wouldn’t find it in France, where not so long ago I was rudely turned away from a diner simply because it was after half past one lunchtime, which was the work cut-off point for the staff, even though there were plenty of empty tables. In Britain recently I naively asked for a beer at a fast food joint (the spoiling effect of living in Greece, you see) and was curtly told that the pub was the place for that sort of thing. Here, even the newsstands sell beer, and as far as anyone knows, Greek society has not crumbled as a result. 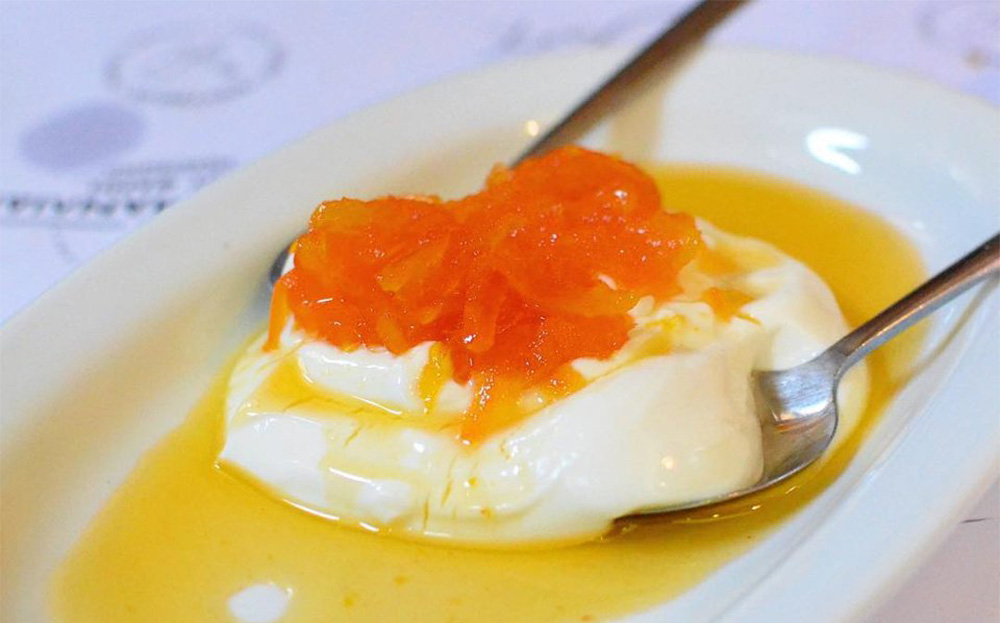 Spoon sweets are a popular gesture of kerasma

How refreshing, then, to experience the kerasma. The noun derives from the verb kernao, meaning to treat, as in “my treat.” Its etymology is obscure; it doesn’t seem to derive from the equivalent ancient Greek verb, which would be phileo, though it just might have its origin in the Turkish kere, meaning occasion, as after all, it’s on social occasions that the kerasma occurs, and the practice is identical in Turkey. (Stop showing off – Ed.)

Of more immediate interest is why it’s done in the first place, why this disarming gesture of generosity lingers even through our euro-pinching woes. The cynics might say it’s a subtle form of bribery, an incentive for you to come back. Or a lingering Ottoman-era symbol of subservience to the foreigner or anyone well enough off to sit and be served. Or perhaps an apology for your bifteki being less than well done, or for the noisy legion of chain-smokers at the next table.

But that’s not the impression we get. Yes, it’s taverna policy, but that unexpected sweet bonus just when you’re about to push back your chair never fails to elicit ahhs of surprise and pleasure, especially when accompanied, as in Volos, by miniature bottles of fiery tsipouro. I may be wrong here, but as we’re always very Englishly polite and quiet in such surroundings, the waiters probably appreciate it and reward us accordingly. Or maybe, in these crunch times, they’re just glad someone is spending money at all. Whatever the truth, those wee freebies remind us that, even (or especially) in times of crisis, acts of culinary kindness have not been erased in this ruthless bottom-line age.

The bars you’ll want to seek