The Queen of Greek Cuisine, Diane Kochilas, is set to become a household name in America, after her new cooking programme, “My Greek Table”, begins airing nationally on American public television from October 4. In the 13-part series, the New York-born chef travels throughout Greece and the islands, showcasing our most prized culinary treasures; before whipping up simple home-cooked dishes with them in her own kitchen. Insider caught up with the first lady of Greek gastronomy to talk about her passionate campaign to awaken the world’s appetites for Greek food.

What is your first memory of cooking?

My first memories of cooking are of my dad, a big man with a moody temperament, leaning over the open oven door about to invert his upside down pineapple cake, all bubbly and caramelized and smelling very good to an 8-year-old’s nose.

Where or from whom did you learn the most about cooking?

Tough question. My mother wasn’t a great cook. I have memories of my dad’s food but not a lot of memories of him. He passed away early. I learned a lot by spending some time next to chefs and a lot from reading. Mostly I learned just by doing.

What dish are you most often asked to bring to dinner parties?

Which dish does it give you the most pleasure to teach someone how to cook?

Filo pies. Most people are afraid of pastry and filo seems as difficult as astrophysics to most home cooks. But it’s as easy as reading your daily horoscope!

What is the best piece of advice you would give someone just starting to cook?

Can you tell us more about your marvelous annual cooking school in Ikaria? Do people come from all around the world to participate? How important is it to you to retain this tradition, in the context of your growing celebrity?

We love doing the classes. For one, Vassili (my husband) and I — we do the classes together —  and we have met some of the most fascinating people in the world, our guests! It takes an adventurous soul to come all the way to a remote Greek island to cook. Our main audience for the classes are Americans, but we have gotten a fair number of Australians and Canadians over the years. Why would we not continue? They bring us a lot of pleasure. I also believe that we have shown many people over the years that a simple life, as most Greek islanders experience it, is one well worth exploring.

If not Greek food, what is your favourite other foreign cuisine or guilty pleasure?

Forget the guilty pleasures. I never associate guilt with anything, let alone pleasure! I love Indian cuisine and anything spicy.

Do you eat differently – or have a different attitude towards food – when you’re back on Greek soil than you do in the States?

I would say we eat infinitely better on Greek soil than almost anywhere else in the world. The food is still very fresh and seasonal here, it is grown fairly close to home, and everything tastes better under the Greek sun. In the U.S., the food supply is a mess and controlled by too many corporate interests.

One of the world’s foremost authorities on Greek food, Diane Kochilas has hosted Greece’s most popular cooking show, “What Are We going to Eat Today, Mom?”

She is also the author of over 10 cookbooks on Greek cuisine – including the award-winning The Glorious Foods of Greece  – as well as being a contributor to The New York Times and various prestigious gourmet magazines.

To celebrate the television series, St. Martin’s Press is also relaunching Diane’s first book The Food and Wine of Greece, the bible of Greek cooking. 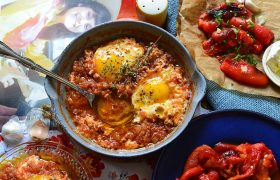 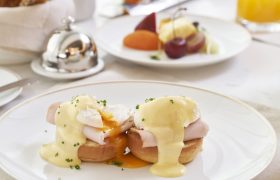 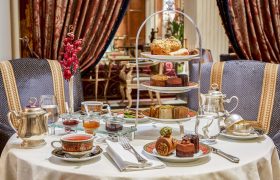 Where Athens’ Aesthetes go to Drink

A Sense of Fun at Athens Was