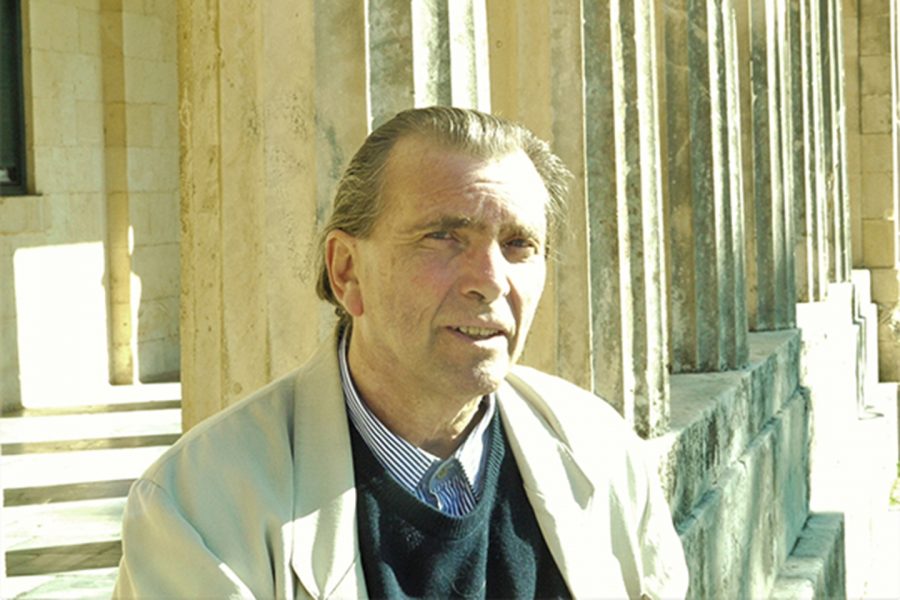 For almost two decades, the prolific Irish journalist and author Richard Pine was a ‘pen pal’ to literary legend Lawrence Durrell.  The two writers were united in their passion for words but also shared an unshakeable bond with Corfu. Here, Richard Pine – who has just edited a previously unpublished novel of Lawrence Durrell’s set entirely in Greece, Placebo, which comes out in June – talks to Insider about his island muse and the place he calls home.

How – and when – did your deep connection with the island of Corfu begin?

I first came to Corfu in 2000 but I had been coming to Greece since a schoolboy in 1965. I came to Corfu because I was looking for a location for the Durrell School which I intended to establish and Corfu confirmed all my intuitions – the Durrell family had lived here 1935-39 and it still had the cultured charm of those times – certainly in Corfu Town. So I set up the School and became a permanent resident. They say “home is where you want to be buried” so this is definitely “home” because my final abode will be in the beautiful British cemetery in Corfu Town.

How does Corfu distinguish itself from other Greek islands?

By being its superior self! But seriously, Corfu was administered by Venice for 400 years, so it has a very significant Italianate dimension to its culture, cuisine and language. Corfu has been a cosmopolitan city long before Athens became the capital of the new state of Greece. Many Corfiots wish they had not voted for enosis in 1863 and had stayed, technically at least, capital of the United States of the Ionian Islands. And, as it receives huge rainfall in the winter, it’s very verdant, which explains why it’s covered with olive trees – over three million at the last count. 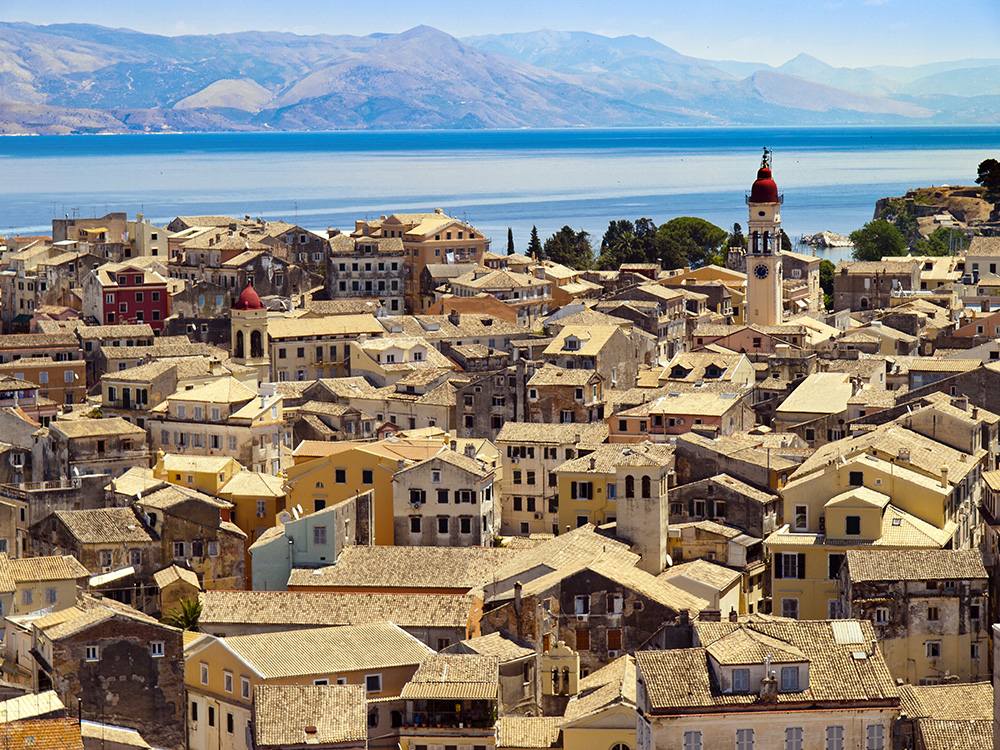 As an Irishman (and commentator on both the Greek and Irish condition), what key similarities do you feel exist between the two cultures?

Well, because Greece and Ireland were both dominated by a neighbouring power for centuries, they share a passion for independence, for asserting their own identity and a resistance to authority! And of course the two countries have suffered similar deprivations after the economic crises in 2010. But on a deeper level, as we see it reflected in the writers, there’s the same love of imaginative storytelling, the focus on the intimacy of the family and the village, and a strong belief that this world and an “other” world live in close proximity. That’s very exciting.

You moved to Greece in 2001 to set up the Durrell School of Corfu (now the Durrell Library of Corfu). What is it about the work of the Brothers Durrell that you find so enduring and worthy of championing?

First of all they were GREAT writers – not just Lawrence with the major novels, but Gerald as a storyteller, bringing the reader into his adventures with endangered species. They both had a conscience – Gerry’s widow Lee, who is a frequent visitor to Corfu, says that when she first met them, she couldn’t believe the late-night discussions at the kitchen table ranging over every subject under the moon. Their individual contributions to the arts and sciences, and that of their mentor in Corfu, Theodore Stephanides, are enormous and deserve repeated celebrations. We persuaded the municipality to name a small garden on the Esplanade in their honour: “Bosketto Durrell”. 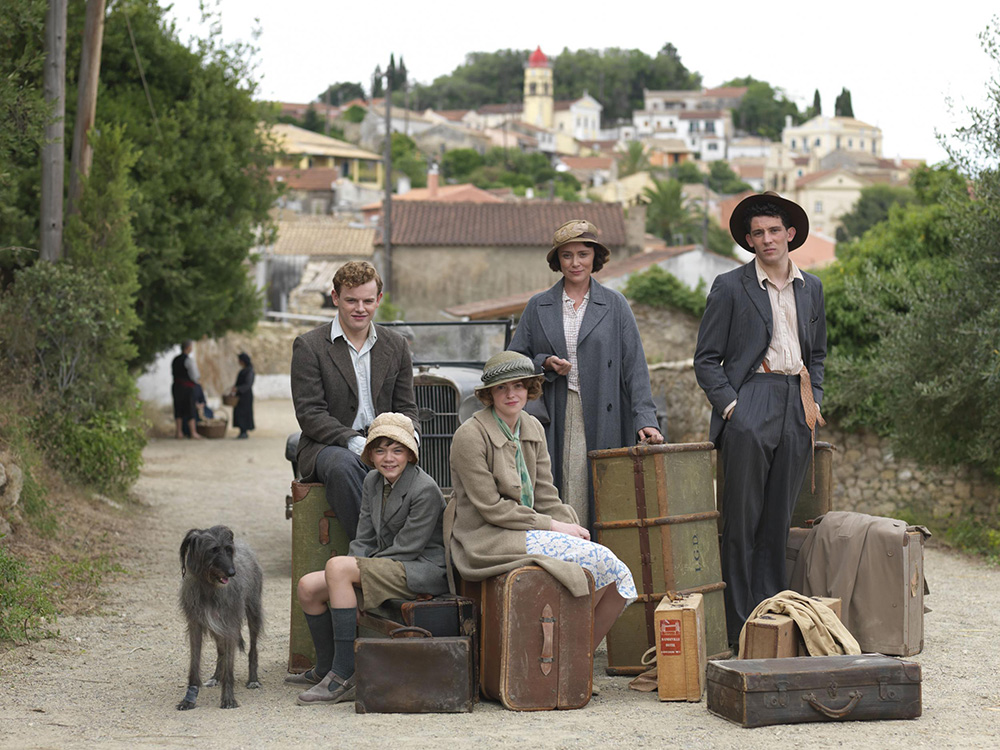 Is it true that you and Lawrence Durrell were “pen pals” until his death in 1990? Do you have a favourite quote that you can share with us?

Yes. I first met him in 1972 when he came to Dublin and encouraged me to write the book which eventually became Lawrence Durrell: the Mindscape. And we kept in touch. Some of what he wrote to me found its way into that book. Quotes? How long have you got? On a jokey level, there’s “Drink until you detonate the idea inside you” which works rather well, I find, and then on a more philosophical level “to accept two contradictory ideas as simultaneously true” – a delicious challenge which appeals to both the Irish and the Greek mind. I’ve just finished editing The Placebo, an unpublished novel by Durrell, set entirely in Greece in the 1940s, which will appear in June – so he is still a major presence in my life.

Has the popular television series, The Durrells, (now airing its third series) had a positive impact on Corfu and the image that people outside of Greece have of it, in your opinion?

Yes. Last year the level of bookings from UK visitors rose enormously. So from a tourism point of view it’s helping. And because it’s filmed largely in a replica folk village (Danilia), Corfu continues to look “authentic”. Obviously Corfu has changed hugely in the past 80 years, and a lot of the development is due to the Durrell brothers’ books. Gerald actually blamed himself for encouraging what he saw as the spoiling of the island. But there are still some of his favourite places which he would recognise today – such as the lagoon of Antiniotissa in the north of the island.

Last year, you helped organise a writers’ symposium, Novel Encounters, to connect Greek and Irish authors on Corfu. Will there be another one this year?

We are doing a lot of other work in Greece with the Irish Embassy and the Corfu Arts Foundation – for example piano recitals in Athens and Corfu by the brilliant young Irish pianist Finghin Collins in September, and the next literary events will be in 2019 when we are bringing together Irish writers and Greek would-be writers in an intensive writing workshop with the generic title “Write it in Corfu”. We’re also working on a “Samuel Beckett” event for Corfu, Athens and Thessaloniki.

Where do you live on Corfu?

In a village in the north-east, 40kms from Corfu Town. It’s really a conglomerate of three townlands: Agios Ilias, Loutses and Perithia.

What do you see from your window?

Trees. I am surrounded by olive groves and inside my own land I have an abundance of fruit trees. If I had a “view” of the sea, I wouldn’t be able to work. But if I walk out into the village street, I can see the Albanian mountains, which is an inspiring and intimidating sight. 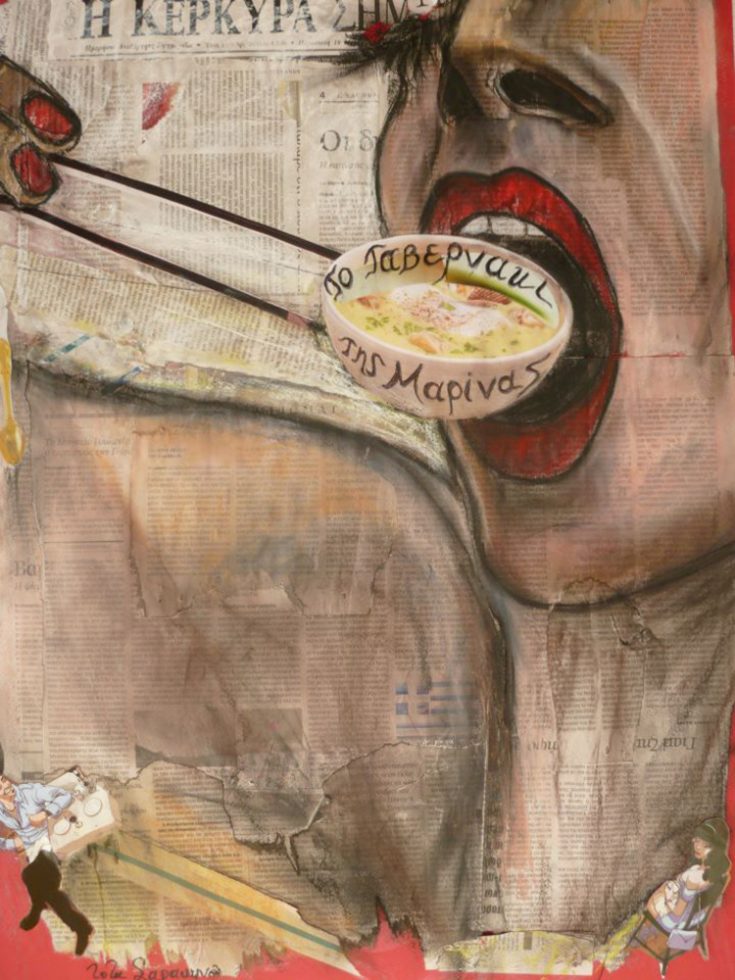 On an island famed for its gastronomic delights, where can one go on Corfu for an always fabulous dining experience?

In Corfu Town, Marina’s taverna in the Jewish quarter – she makes modern variations on traditional dishes. In my own locality, with my friend Tomas Siriotis at his taverna O Forno at the top of the mountain in Old Perithia – for authentic village dishes cooked on charcoal, and intelligent and happy company.

Describe your perfect day in Corfu …

Anything that doesn’t involve writing! An early-morning walk from the Old Fortress in Corfu Town along the corniche of Garitsa Bay to breakfast at Anemomilos. Then a session with some of the students at the Ionian University where I give occasional lectures. Then a walk through the Jewish quarter and lunch at Chrysomallis taverna near the Esplanade. Then drive home through the inland villages and olive groves, a couple of hours editing or proofreading, dinner at Tomas’s and then sitting out on my terrace under the vines until the early hours, listening to the skops owl and watching fireflies.

A spot on Corfu where you find creative inspiration?

When I’m writing the columns for The Irish Times or Kathimerini  I like to be surrounded by Greek sounds – on the terrace of the village kafeneion or, outside the tourist season, in the cafes in Town. If I’m writing anything else, I work on my terrace or in the big library I built onto the side of my house.

Any recommendations on where to stay?

I usually stay modestly at the Konstantinoupolis, on the old harbour, or the Hermes, right beside the markets, but if you want to go upmarket then the Cavalieri, with its spectacular view from the roofgarden, is great.

Finally, tell us one absolutely unmissable experience for first-time visitors …

We’ve suffered for years from the closure of the Archaeological Museum, due to protracted rebuilding, but if it’s open, then the sculpture of the Medusa is the most amazing in all of Greece. Lawrence Durrell said “it profoundly hushes the mind and heart of the observer” and that she makes you realise “the almost unimaginable antiquity of Greece”. He wasn’t bluffing.

Richard Pine is Director of the Durrell Library of Corfu and author of many books including Lawrence Durrell: the Mindscape, Greece Through Irish Eyes, and The Disappointed Bridge: Ireland and Post-Colonial Literature. He is also a columnist for The Irish Times and Kathimerini.