Constantin Xenakis and his Poetic City 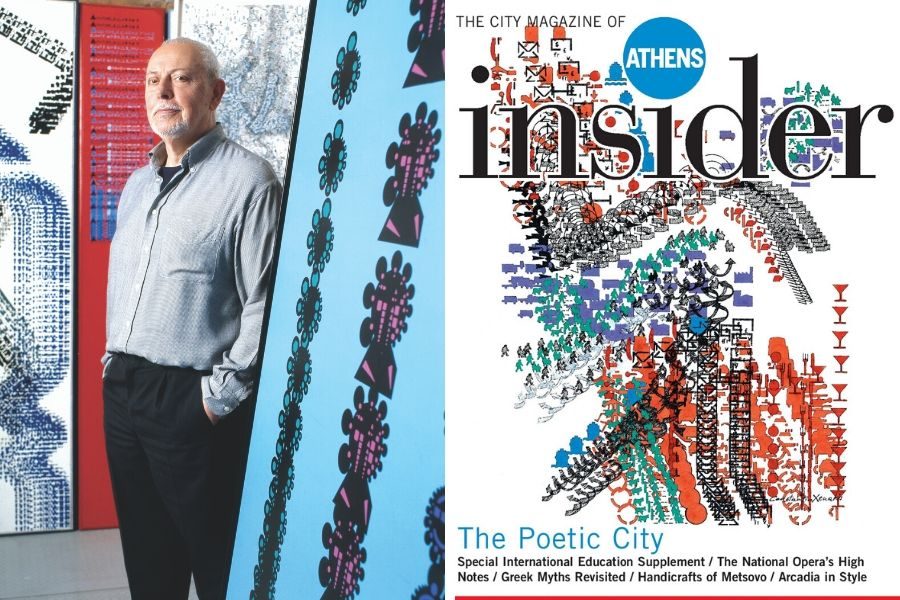 Celebrated Greek artist Constantin Xenakis passed away in Paris on June 6, leaving behind a great body of work. His works reflected his own cultural influences and included the written script, symbols and codes of everyday life, traffic signs, alchemy, the zodiac, mathematical and chemical symbols, Egyptian hieroglyphics, letters from the Hebrew, Greek, Phoenician and Arabic alphabet. At Athens Insider, we were particularly privileged to host one of his original compositions on our cover in 2007.

Constantin Xenakis was a Cairo-born, poet and artist, born to an affluent Greek family, forced into exile in France in the fifties.  His readings in philosophy and his cross-cultural experiences of being ‘an eternal nomad’ informed his visual poetry and his writings. He showed his electro-kinetic sculptures, Signs and Codes in Sweden, Germany and France.  After the military coup in Greece, his works took on political overtones and he was actively engaged in the May ’68 happenings in Paris. 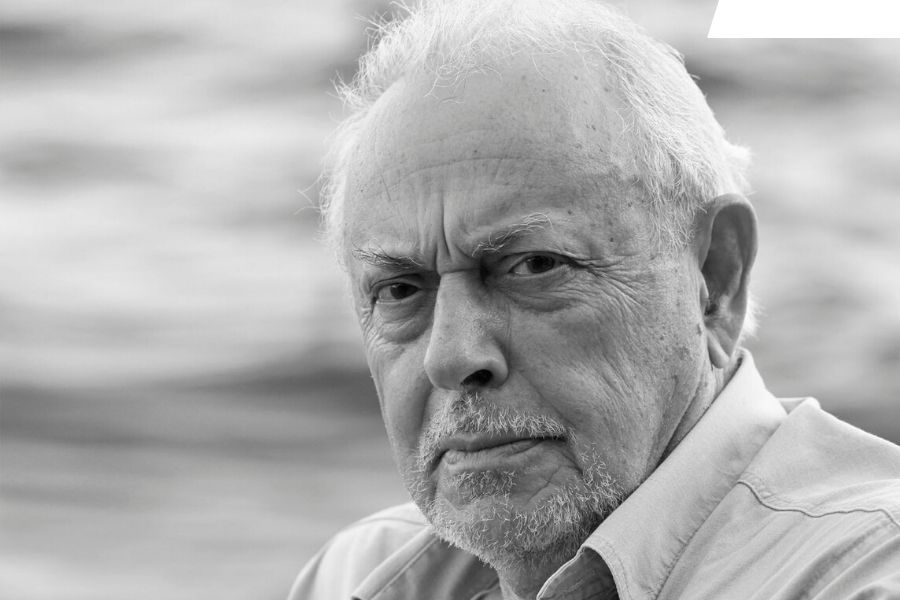 His characteristically repetitive long, elegant paintings and scrolls were interspersed with small, rotund canvases, codified signs and symbols, executed with intense and meticulous care. Xenakis lived between Paris and Athens and had a love-hate relationship with Athens (Xenakis’ Athens was, of course, Kolonaki where he lived and his atelier in Pangrati.)

In an interview with Athens Insider in 2007, he described Athens as a ‘Poetic City’. (The Poeticity of Athens, was the title of his exhibition at the Herakleidon Museum in 2007). “Normally, I am very critical of places and subjects and rarely positive about things. So, what I have created is my “good” Athens without commentaries on what I don’t like in the city,” he explains. “I see Athens as an increasingly European and international city, a place that burgeons with activity and traffic” he adds. “What I do like about Athens is the light, of course, and the climate, but also its rich cultural heritage, the antiquities, all the ancient sites.”

More specifically, his favourite Athenian hangouts were: The Ianos bookstore and its café, Oikonomou’s taverna at Ano Petralona and Cabaret Voltaire for late evenings in Metaxourgeio. For special French-nostalgia tinted occasions, dinner at Spondi and Abreuvoir.

Xenakis passed away at the age of 89 at his home in Paris. He was honoured by the French State by being made a Chevalier of the Order of Arts and Letters in 1986 and received several awards. His work is permanently exhibited at the National Gallery of Greece in Athens and the Macedonian Museum of Contemporary Art in Thessaloniki. 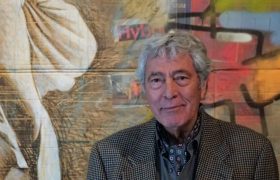 Farewell Pavlos Samios: An Artist in Love with Lov... 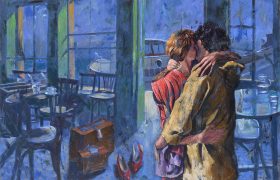 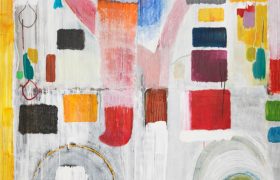