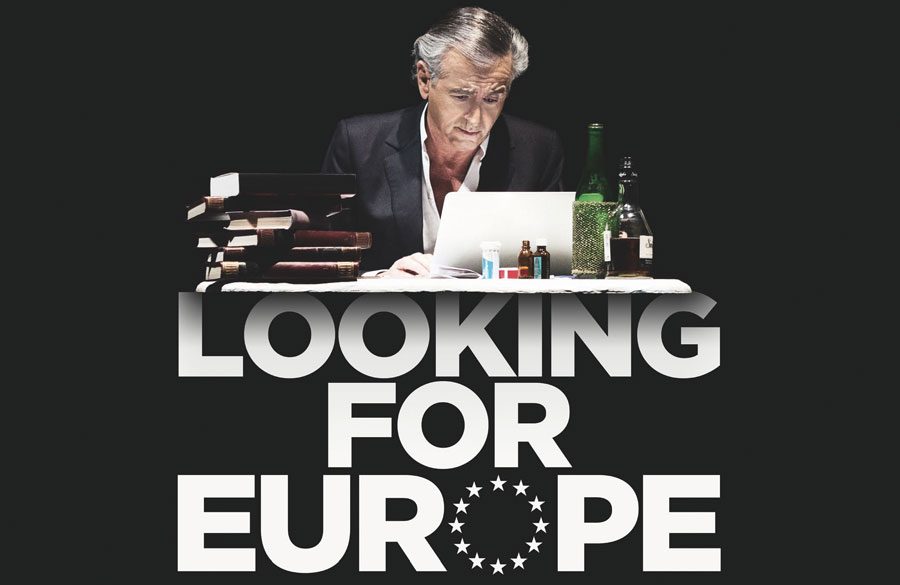 WHAT: A play written and performed by French writer and philosopher Bernard-Henri Lévy for a theatrical tour of 20 European cities from March to May 2019.

Looking for Europe is the internal monologue of an intellectual holed up in a hotel room in Sarajevo with 90 minutes to compose an important speech about Europe.

Should he begin with Greek mythology? With German philosophy? Or with how Europe has grappled with totalitarian tyranny and misery over the past century?

Unfortunately, all that comes to mind are desolate images of an old continent beset by waves of nationalism, racism, xenophobia and anti-Semitism unprecedented since the 1930s. The gilets jaunes (“Yellow Vests”)… The alliance of right and left-wing demagogues in Italy… The emergence of illiberal dictatorships in central Europe…

He is about concede failure when, in a poetic and spectacular turn of events, the ghosts of Dante, Goethe, and Vaclav Havel return to suggest a way out of the maze of populism and to assure him that the worst is not a foregone conclusion…

An ode to Europe and an attempt to resurrect the spirit of Spinoza, of the novelists of the Austro-Hungarian Empire, of Lech Walesa and Picasso, Looking for Europe is a traveling performance that calls for democratic resistance and a revival of hope in the weeks preceding the European elections of May 2019. 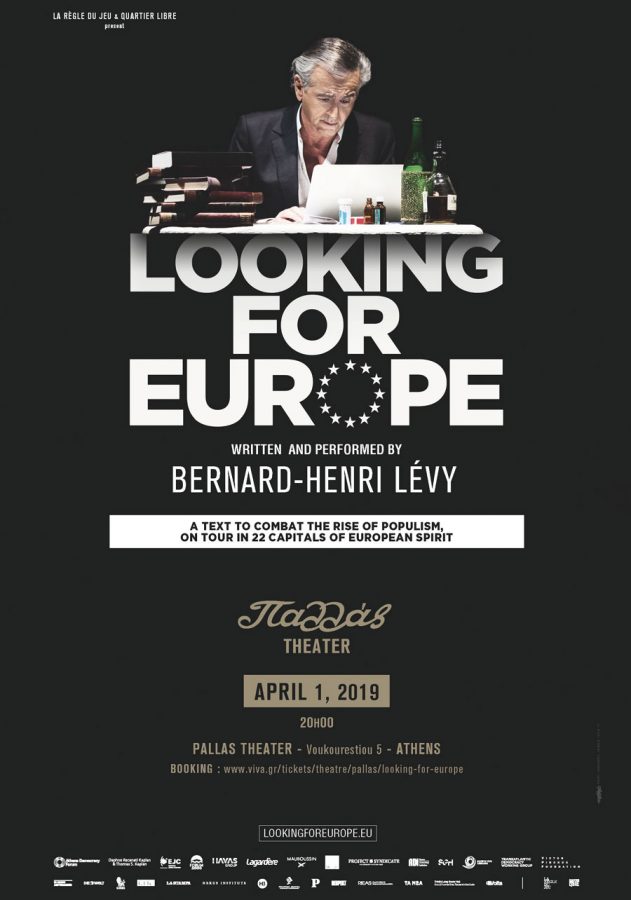 Up to the very last minute, in good Elizabethan style, the text of Looking for Europe will be rewritten and adapted to respond to the political situation and current events in each of the 20 cities in which it is presented. As an interactive experience, members of the public will be invited to post questions to lookingforeurope.eu before each performance and then watch Bernard-Henri Lévy integrate and respond to those questions in his on-stage stream of consciousness.

The play will be performed in French with electronic subtitling in the language of the host country or English without subtitles. The run-time is 90 minutes.

Philosopher Bernard-Henri Lévy is the author of forty books, including The Empire and the Five Kings, Barbarism with a Human Face and Who Killed Daniel Pearl? His documentaries include Peshmerga, The Oath of Tobruk, and Bosna!

Committed from his youth to the struggle against totalitarianism, and today to the fight against the criminal alliance of Trump and Putin, Lévy offers this play as a distillation of his personal experience.

The play will be performed in French with Greek surtitles. The run-time is 90 minutes.

Surtitles are in Greek. Recommended seats are the ones in the last rows of the stalls (below 10th row) and in the dress and upper circle.