Menu
Home | Insider Stories | Behind the Masks: The Politics of Carnival in Greece 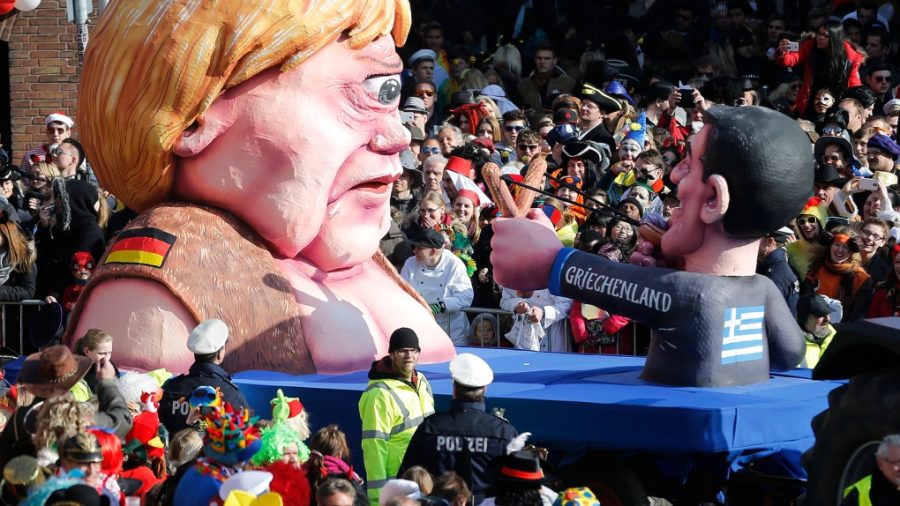 Behind the revelry and colourful floats, carnivals have always been an occasion for parody. A peek into Greek floats from the past decade where Carnival street parties were an excuse to decry political and social injustice.

Who were vilified? What were the issues that consumed Greece over the past decade? In the midst of the country’s haunting economic crisis, the carnival in Greece was a platform for the citizens to caricature and parody the ‘powers.’

This year’s carnival, coming as it does after two years of muted socializing, would have been the respite that we were all looking for – a fun-filled period to set aside troubles and forget about all the issues and constraints of everyday life. With a war looming so close to home, the carnival floats are likely to be even more political. The history of festivity has, after all, been marked by episodes of repression and suppression followed by episodes of resurgence and renewal. 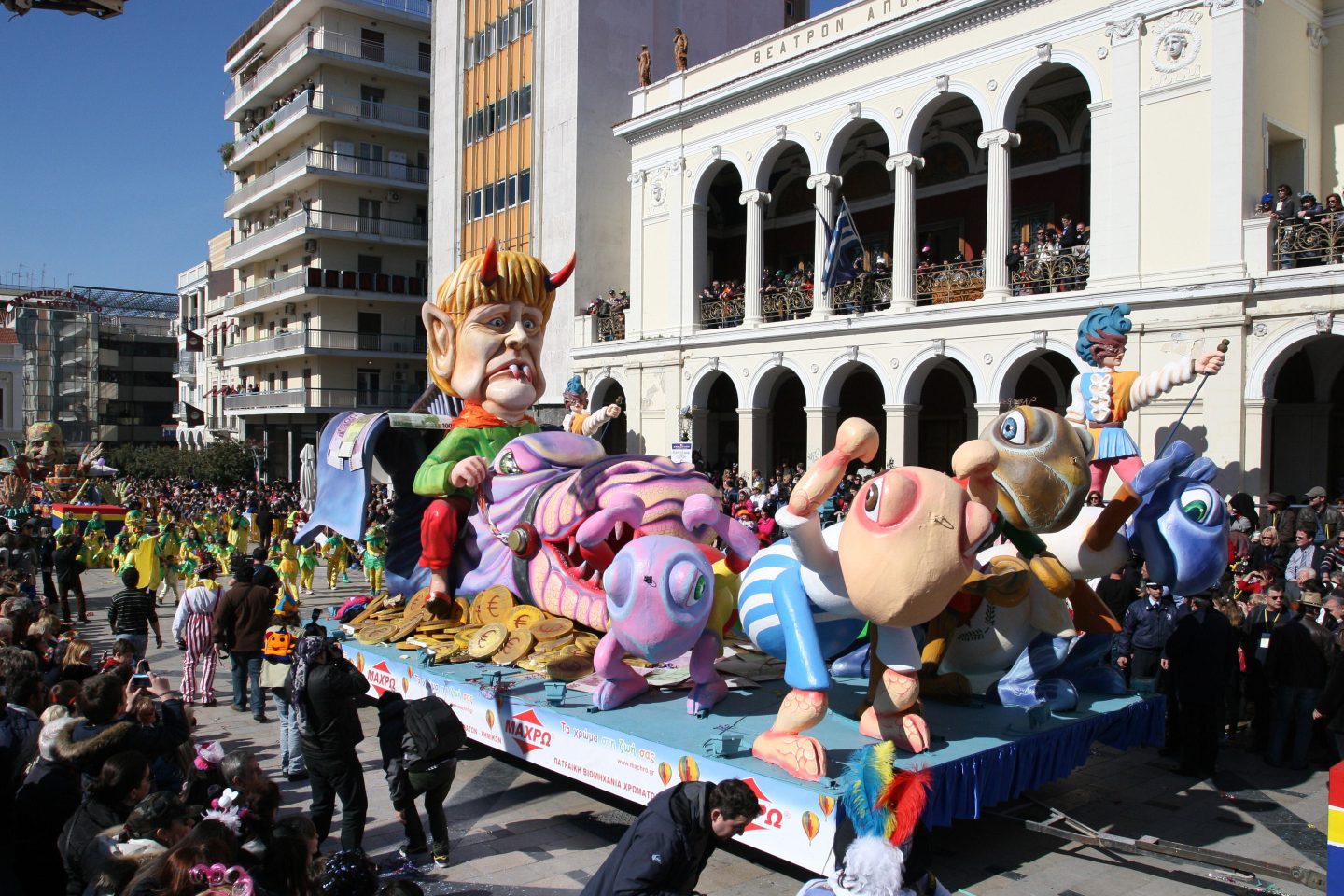 During the Greek economic crisis from 2009 to 2017, floats at the major carnivals in Greece portrayed Angela Merkel as a consummate she-devil, in other years, she’s accompanied by the unholy triumvirate of Schauble, the German finance minister and Christine Lagarde, the then head of the International Monetary Fund. 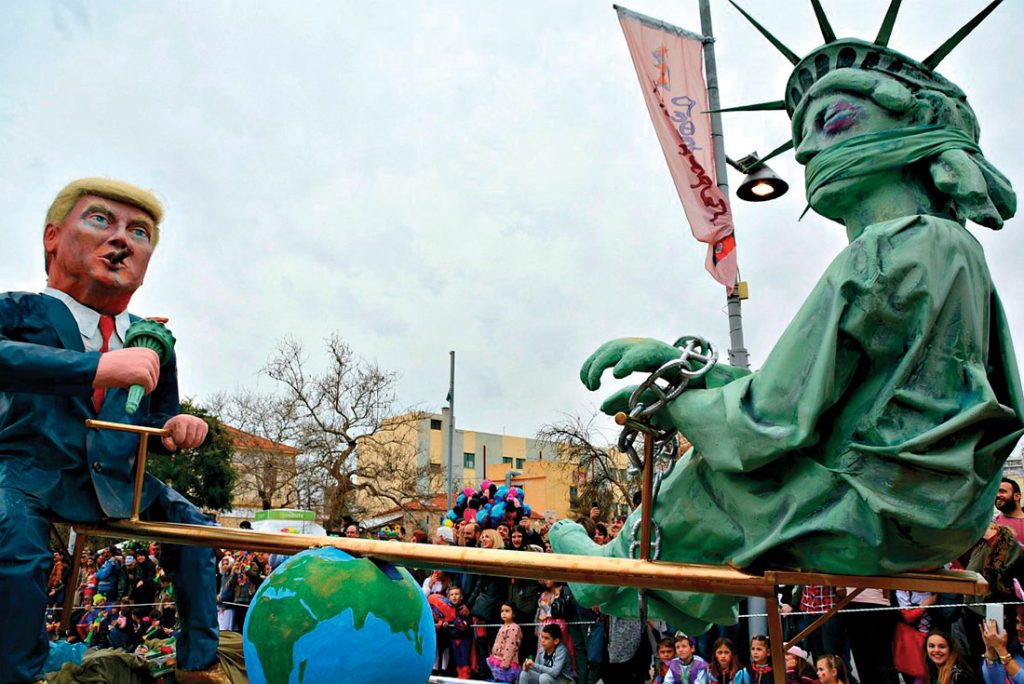 Trump, of course makes an appearance as a spray-tanned bully gagging the Statue of Liberty (an allusion to his misogynistic comments, his propagation of fake news and to mockery of democratic institutions.) Brexit was naturally the subject of the parade in 2016 with symbols of Britannia – the Beatles, the red telephone box and Bobbies all falling off the precipice. Greek politicians were parodied too for being out of sync with ground reality. 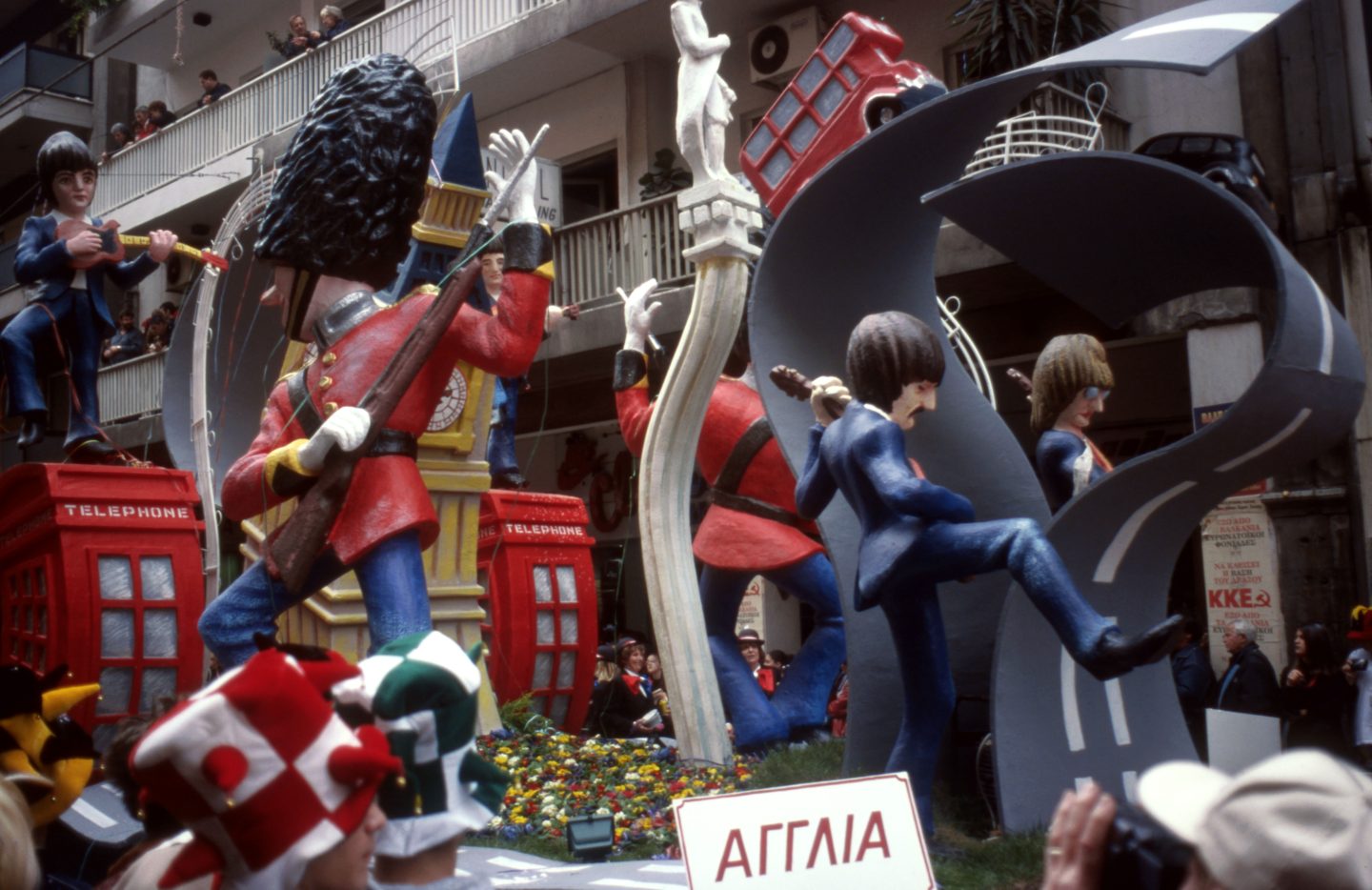 Will the Covid virus feature in the parade this year? Will Putin steal the limelight as he mercilessly pounds Ukraine?  Has the pandemic transformed the way we celebrate carnivals? 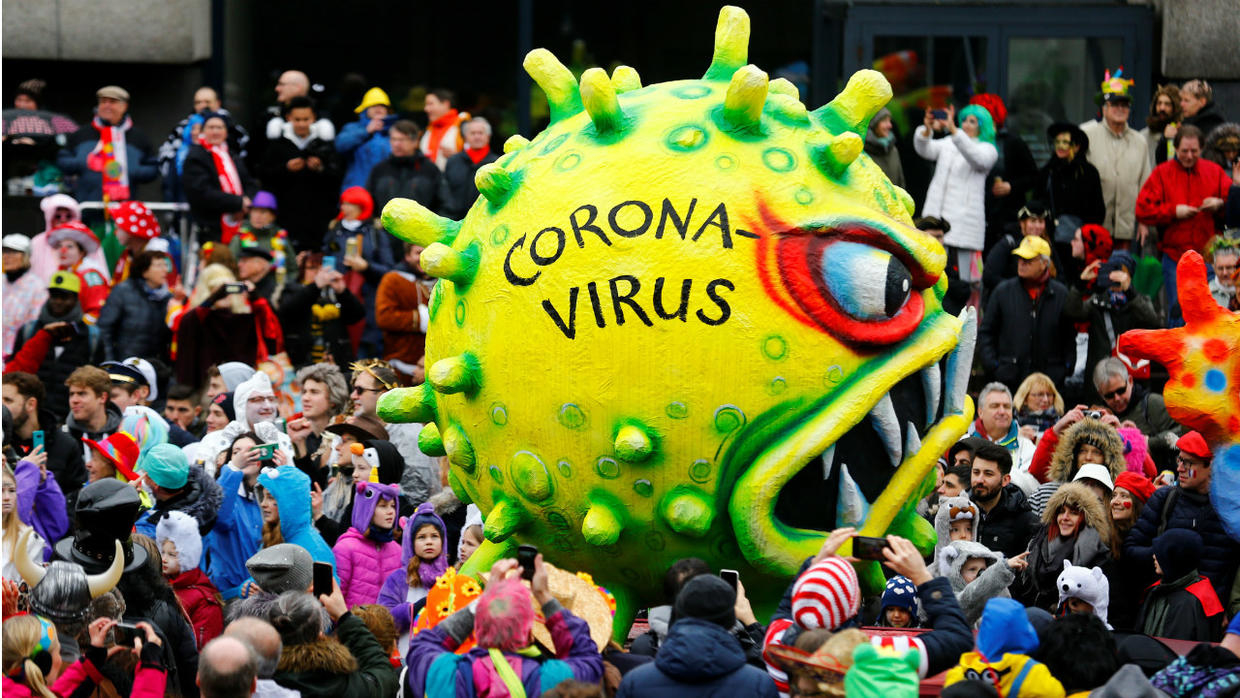 Float from the 2021 carnival in Dusseldorf

In their essay, Aurelie Godet and Maria Laura Reali examine: Are carnivals inherently transformative, as its association with protest would suggest, or do the rules that govern it make it fundamentally conservative? More simply, to what extent is carnival the mirror image of everyday order? What kind of “community” does it create? And how does the politics of carnival manifest itself aesthetically?  Like the virus that threatens it right now, will the festive “gene” mutate and thus escape extinction? The floats at this year’s carnival might hold some clues. 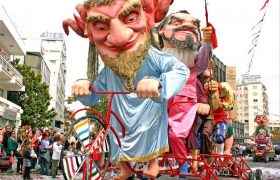 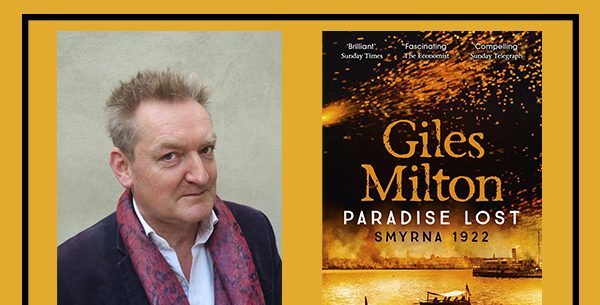