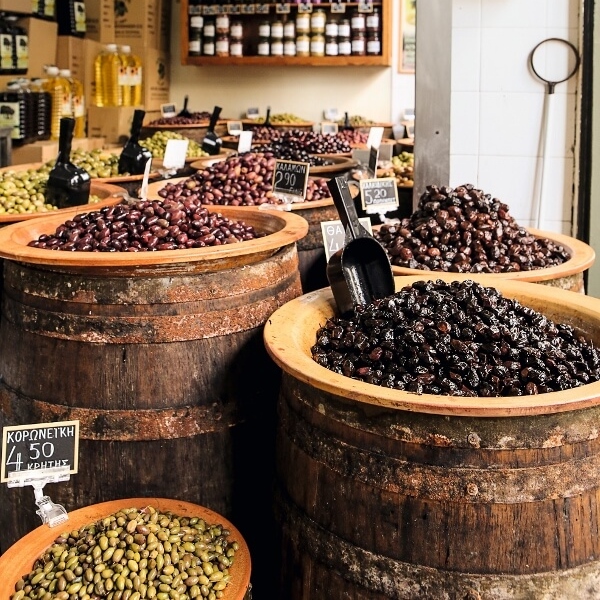 Three Athenians have fun mapping out under-the-radar sites and sights of their beloved city. This is the first in a series of excerpts from 111 Places In Athens That You Shouldn’t Miss, an offbeat guide to the Big Olive by Alexia Amvrazi, Diana Farr Louis and Diane Shugart.

For almost a century this warehouse-like shop has sold almost nothing but olives. Open to the street, with no doors to put you off, it invites you to inspect the contents of 23 large free-standing barrels as well as smaller containers poised on shelves along the side walls. And taste them. Perhaps you thought there were only two kinds of olives, green and black, pitted or stuffed with pimento, garlic or almond? This collection features the fruit of some 20 varieties, with emphasis on the big oval greeny ones from Amphissa, the famous olive grove below Delphi. The Kalothanasis brothers, Andreas and Mihalis, represent the third generation in this business started by their grandfather, Andreas, who came from the area, and where the olives are still processed. As Mihalis, who runs the shop, says,

‘Amphissa olives grown anywhere else don’t taste the same. The land, soil, climate make a difference. We deal with olives from all over Greece – tear-shaped Kalamata, tiny Cretan, wrinkly (salt-cured) throumbes from Thasos – and my brother knows the secrets of curing, preserving and storing them until the next season. Ideally, we’d like to run out the day the new olives arrive, and sometimes that has happened.’

The most popular and priciest are big green olives from Mount Athos, followed by blond throumbes from Chios. And some firm Amphissa ones are rated by size: jumbo, colossal and mammoth. The name Ariana comes from two ancient Greek words, ari and a(g)no. It means ‘very pure’, like the olive tree, Athena’s gift, which earned her the patronage of the city over Poseidon’s salt spring in the mythical contest on the Acropolis. But if olives are not your thing, you can feast your eyes and taste buds on a wide assortment of pickles and two kinds of capers. Those imported from Turkey are the only non-Greek item in the shop. No comparison with those from Syros, of course.

111 Places In Athens That You Shouldn’t Miss by Alexia Amvrazi, Diana Farr Louis and Diane Shugart, with full-page photos by Yiannis Varouhakis, is available at most bookshops in Athens and online at to Lexikopoleio. 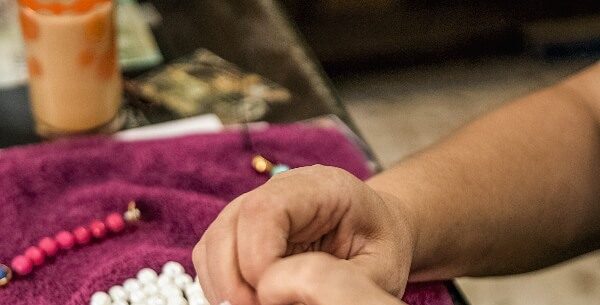