A Little Piece of Greece in London 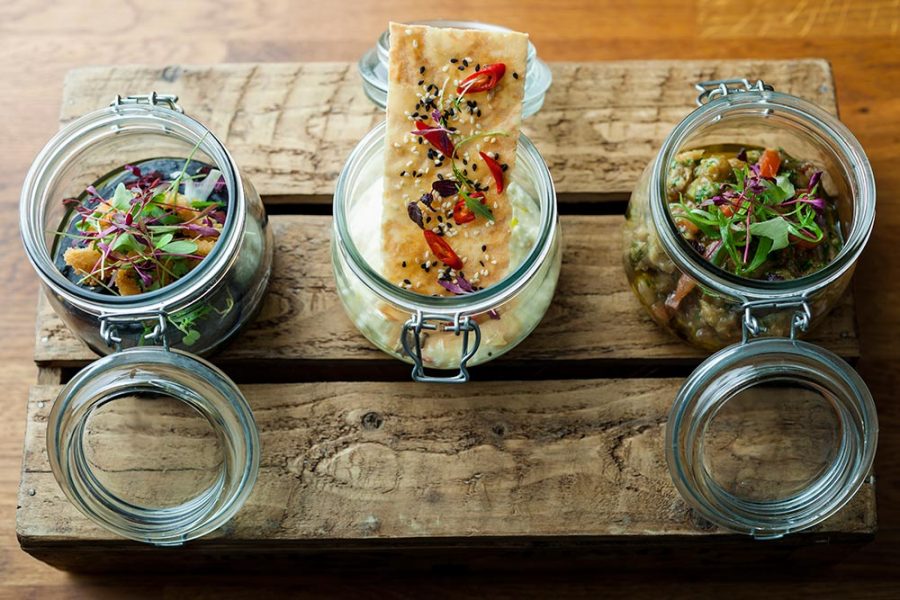 For all those Londoners pining for a fix of Mediterranean magic between summer holidays, don’t despair! Sophie Kalinauckas has unearthed 5 top city spots where you can live like a true Greek, whatever the weather.

As wonderful as London is, we locals often find ourselves dreaming of a faraway land full of sunshine, frappes, creamy feta, fresh olives and dining underneath the stars. Somewhere infused with the flavours of summer, drizzled with exotic fragrances and topped off with a taste of chilled wine. Sound familiar? A Greece getaway might still just be on the wish list. But we Londoners can at least feast Greek style! Greek cuisine is expressive and evocative – and preparing and sharing food is at the heart of Greek culture. Ingredients from nature are carefully cultivated with care for family and friends to share, as the ultimate expression of respect, friendship and love.

Mazi, in the heart of swanky South West London, Notting Hill,sings true to its Greek name meaning ‘together’ as it combines classic recipes of Greece with modern, innovative twists – all served with the sharing culinary tradition at the centre of its ideology. From grilled aubergines marinated in thyme honey and calamari mixed with black eye beans, spinach and citrus juice to loukoumades served with honey, crushed walnuts and chocolate sorbet, stylish Mazi don’t miss a trick. With most of their ingredients imported straight from Greece, they bring authenticity to the table with a few surprises sprinkled along the way. There’s also a large garden so you can dine outside just like the Greeks do in summertime.

This is the (Greek) Life!

Hats off to the chefs at The Life Goddess, experimental divine which is tucked a few roads behind busy Carnaby Street, and set on a balcony of Kingly Court where you dine overlooking lit trees and candles. With the symbolism of Amalthea pinned on decor (the Greek foster-mother of Zeus who was sometimes seen as goat), this venue keeps genuine Greek cuisine alive with what is a rustic traditional cooking philosophy. The Greek salad is just as it should be, matched by a sharing meze of feta, tzatziki, melitzanosalata, fava, plump black olives combined with crusty bread – Hellenic simplicity at its perfection. You can also check out The Life Goddess, greek deli divine minutes from Oxford street. It’s a coffee shop, restaurant and delicatessen with more than 300 products capturing the Greek taste in a jar.

As Hungry as a Donkey

The Hungry Donkey in East London, is a warmly lit, high-ceilinged modern Greek restaurant heavily influenced by Athenian street food. This is a place to relax or make a whistle-stop detour – for all those hungry-for-Greek foodies on the go. You know it feels Greek with saganaki on the menu. But what’s special is that it’s made from organic graver cheese. In fact, the restaurant celebrates many different food preferences with an abundance of organic products, rare-breed meat featuring on the menu, and catering for vegetarians and vegans. Hungry Donkey are justifiably proud of their long list of Greek wines, beers and spirit- all Greek. You’ll be full to bursting here – but there’ll always be just enough space for a Greek coffee afterwards…

You can truly live like a Greek in London with Oliveology who have a regular stall at the famous Borough Market. As the name suggests, the company celebrates the culinary features of gastronomic Greek traditions – olive oil being the golden ingredient for all Greeks. What’s more, Oliveology produce a barrel full of other organic products including organic hand-picked olives, Greek honey, Greek truffles, tea and herbs and even skin care products.  What’s special is that they work with artisan farmers on their Greek-based farm, at the foot of the Taygetus mountains, near Sparta. In this area of the Peloponnese, the olives have been cultivated for 3000 years with perfect climatic conditions. You could create a whole Greek cookbook with their exceptional, wildly aromatic, authentic products.

Travel just 30 minutes outside of London to Meat the Greek in Guildford. Tucked away amongst the cobbled streets, you’ll discover just how good real Greek food can be. Specialising in souvlaki and ‘yeeros’, it is predominately a delivery and takeaway, but does have a few tables for souvlaki celebrators. Start off with a Greek salad and a special Dakos Creten salad. Then make room for a chicken, pork, sausage or vegetarian pita souvlaki wrap. Meat the Greek import from Greece and use genuine flavours for an authentic Greek feast including feta, extra virgin olive oil, kalamata olives. It is the only place (outside of Greece), that I have ever tasted perfect Greek ‘sauce’ which they call ‘mayo mustard sauce.’ They have recently introduced the Philadelphia souvlaki which is a special twist on the souvlaki – worth trying.

Therapy in a Glass at GB Roof Garden!