A Landmark Building emerges as a new Cultural Hub 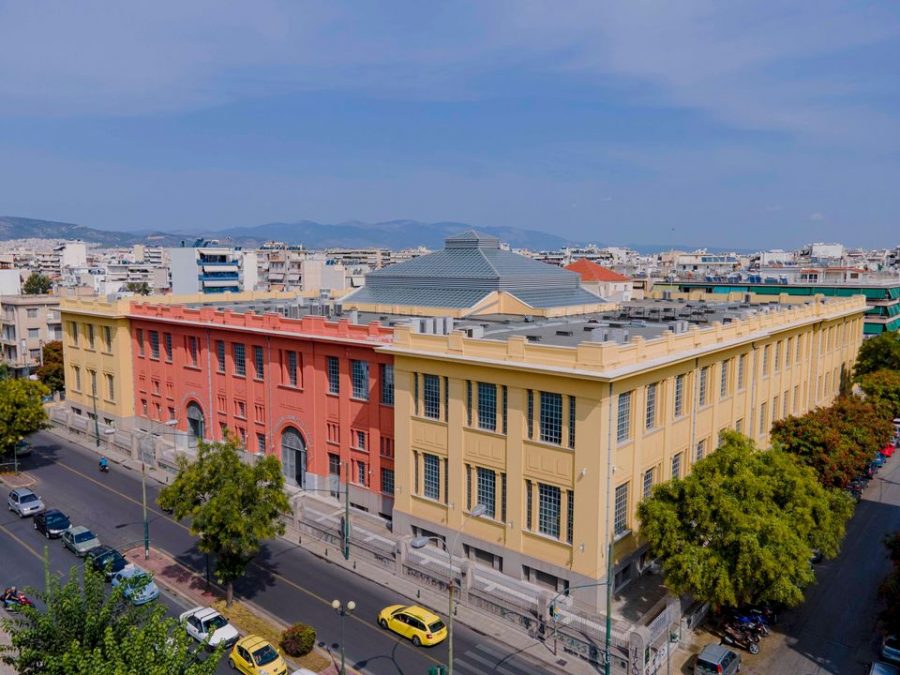 The historic site of the former Public Tobacco Factory at Lenorman, a symbol of Greece’s industrialisation and progress, emerges as an emblematic cultural venue to host an exhibition to coincide with the 200th anniversary of the founding of the modern Greek state. The renovation of the impressive 19,000 sqm space will be funded in its entirety by NEON and its founder Dimitris Daskalopoulos. The venue, remarkable for its deep economic, political, intellectual, and historic roots, will host Portals, an exhibition featuring a total of 40 artists from Greece and abroad from June to December 2021.

The Lenorman Tobacco Factory: An iconic building that offers a window into the Inter-War period in Greece

The Athens Tobacco Factory housed many small tobacco companies and cigarette and cigar manufacturing and packaging companies. Also, storage facilities, a Customs Office and dining rooms operated on the premises as well as an apartment to host the factory guard. Over time, the building embodied a number of different uses and accommodated varying inhabitants over different periods, including a prison, refugee housing, and, during the second half of the 20th century, various public services such as the Court of Auditors, the Cabinet Office, the Ministry of Finance. In 1989 the building along with its mechanical equipment was declared a protected historic monument by the Greek Ministry of Culture. In 2000 it was transferred in its entirety to the Hellenic Parliament.

Half of the building, which comprises a city block, is currently home to the Hellenic Parliament Library and Printing House. The restoration of the facade was completed in 2008 and the steel and glass-plate roof of the atrium in 2016. 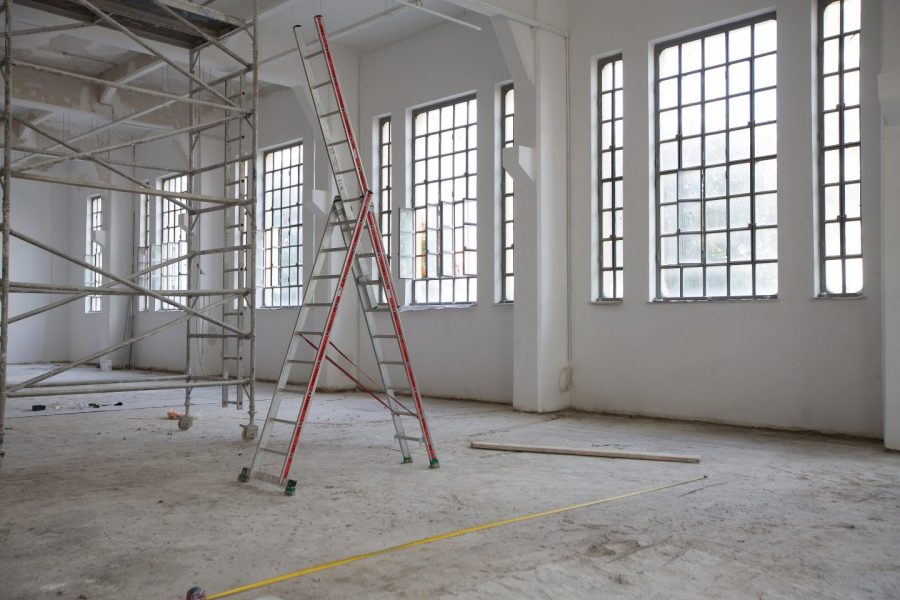 Works for the improvement of part of the historic building (ground floor north and northwest wing, the atrium and the former Customs Office) are currently underway. Converting the rest of the premises into a cultural venue will cost €1 million in renovations, funded by NEON, a Greek art foundation established in 2013 by collector Dimitris Daskalopoulos in its entirety.

The building not only draws focus to the role tobacco played in interwar Greece, when it accounted for more than half of the country’s total exports,  and sheds light on the interesting diplomatic relationship between Greece and Germany, the largest purchaser of Greek tobacco. It is also an ideal setting for the development of new artistic ideas whose points of reference include historical landmarks, industrial powerhouses that once played a key role in the country’s economic destiny, social change, the concept of freedom, and a new reality for humanity in a world that has become volatile due to modern challenges and global threats.

From June to December 2021, the Lenorman Tobacco Factory will host the contemporary art exhibition Portals organised by NEON, curated by Elina Kountouri, Director, NEON, and Madeleine Grynsztejn, Pritzker Director, Museum of Contemporary Art Chicago. Prompted by the anniversary year 2021, Portals will develop messages, ideas and reflection on the new reality that is formed each time through revolution and upheaval. A total of 40 artists from Greece and abroad – including newly commissioned works by artists Michael Rakowitz, Glenn Ligon, and Danh Vo – will explore this different reality through themes such as Movement, the Communal, Connection, and Home.

Portals will include programmes about the building of the Tobacco Factory and its history that will be developed in collaboration with the Hellenic Parliament departments.

The venue “is remarkable for its deep economic, political, intellectual, and historic roots,” Grynsztejn said in a statement. “Contemporary art thrives in a context so profoundly resonant; it marries the past to the present while reconciling our prevailing paradoxes and pointing to the future.”

The exhibition hopes to replicate the success of a show staged by the Greek state at La Boétie art gallery in Paris in 1919, during the peace conference held following the conclusion of World War I. 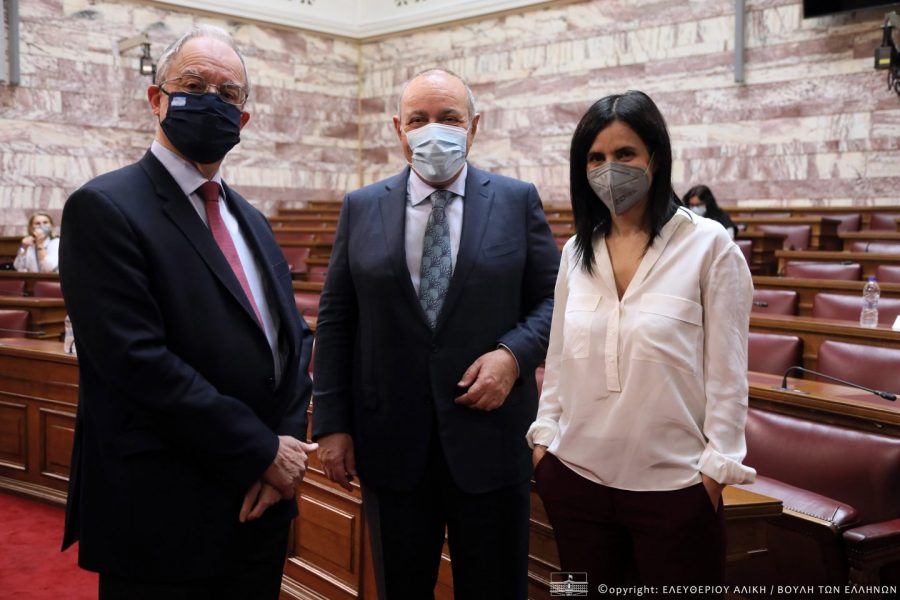 “Greek Prime Minister Eleftherios Venizelos inaugurated an exhibition of 200 paintings and sculptures by the ‘Omáda Téchni’ (Art Group), an association of young Greek artists of the time who were linked to the avant-garde and Modernism,” said Constantine A. Tassoulas, president of the Hellenic Parliament, in a statement. Like that historic show, “Portals” aims “to highlight how Greece, its history and its prospects inspire the contemporary, domestic, and international avant-garde.”

When art collector and industrialist Dimitris Daskalopoulos founded NEON in 2013, at a particularly trying time for Greece and the Greek people, it was with the deep belief that art, and in particular contemporary art, would have the power to inspire, to awaken, on a personal and collective level.

Speaking at the Hellenic Parliament, Mr. Daskalopoulos stated, “I established an organisation that aims to expose the wider public to the challenges of contemporary art. Neon is not limited to its own space; it chooses to act on different spaces that can attract the audience’s interest and inspire artists’ creativity. Neon activates public and private space, offering new ways to experience them. All its exhibitions and events are open to the public and free of charge.”

Contemporary art is relevant, is inquisitive and suggestive, it concerns our today and our tomorrow. Contemporary art forces you to actively co-exist with your time. To consciously evolve in a world of rapid and continuous change.

During its seven years of operation, NEON has held 30 exhibitions of contemporary art in 25 different locations and spaces. Among them are eight exhibitions which took place in archaeological and historical sites, on the one hand introducing a contemporary model of collaboration between the public and private sectors, and on the other generating a conversation between our classical culture and contemporary creation.

At the same time, through its exhibitions, NEON aspires to highlight emblematic spaces which often remain culturally unexploited, and to bring them to the forefront of cultural action. In many cases, NEON has left its mark on public spaces, funding important infrastructure projects that contribute to the substantial upgrade and further utilisation of these spaces, such as the Athens Conservatoire or the National Observatory, and now the Tobacco Factory. 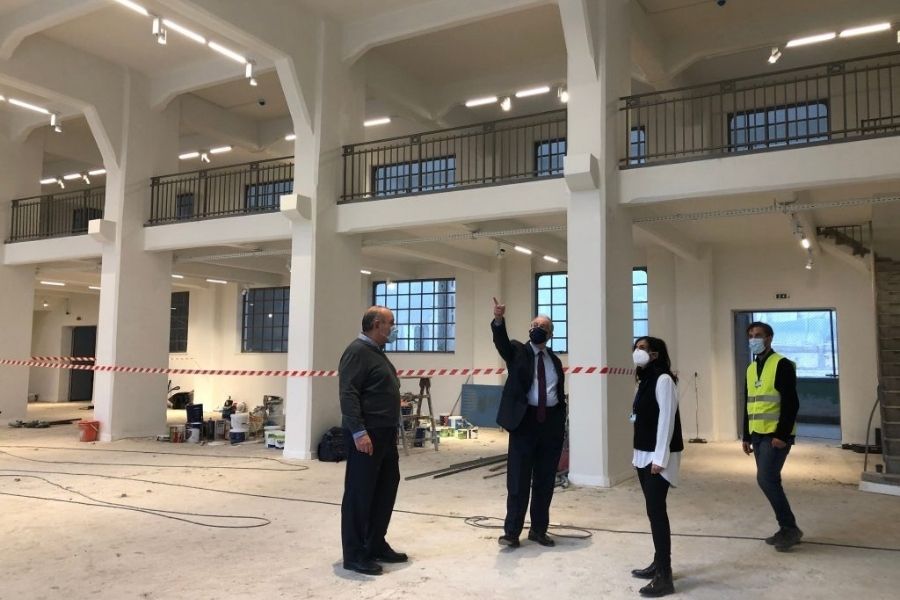 The exhibition entitled Portals will be a moment to “reflect upon the historical course we have taken and, perhaps how through the study of this course we will come to appreciate what older generations would call “our destiny”. This reflection on national self-awareness, part of a global environment of reflection, is promoted, in its own way, by the exhibition we are presenting.”

At the exhibition’s conclusion, NEON will return the venue back to the state for use as a permanent cultural centre. The organization previously completed a similar transformation on behalf of the government at the Athens Conservatory in 2016. It staged a public show of Sir Anthony Gormley’s work amid ancient Greek ruins on the island of Delos last year. 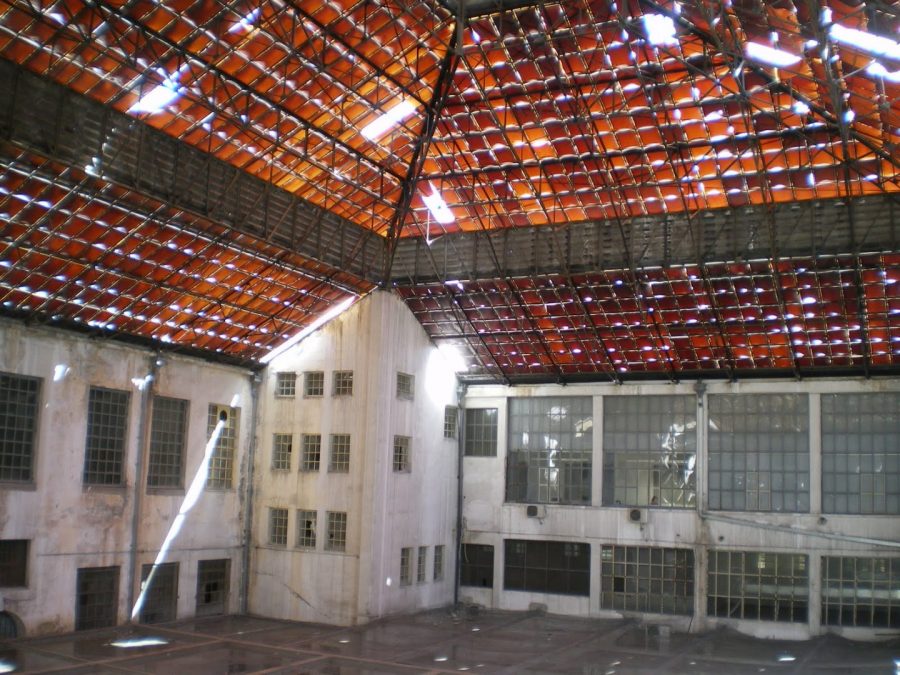 A dated picture of the atrium, now renovated and home to Hellenic Parliament’s Library. 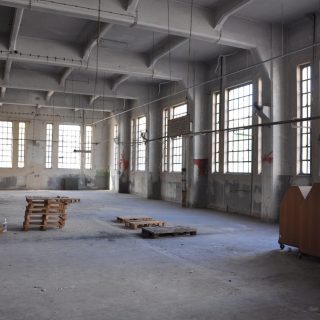 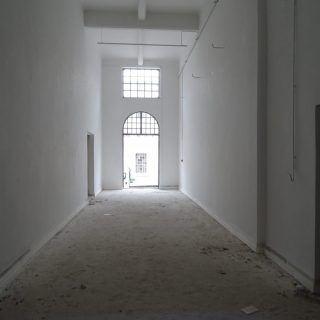 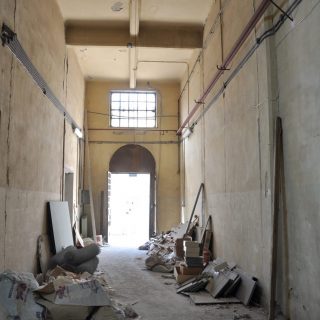