A destiny tied to the sea and the senses 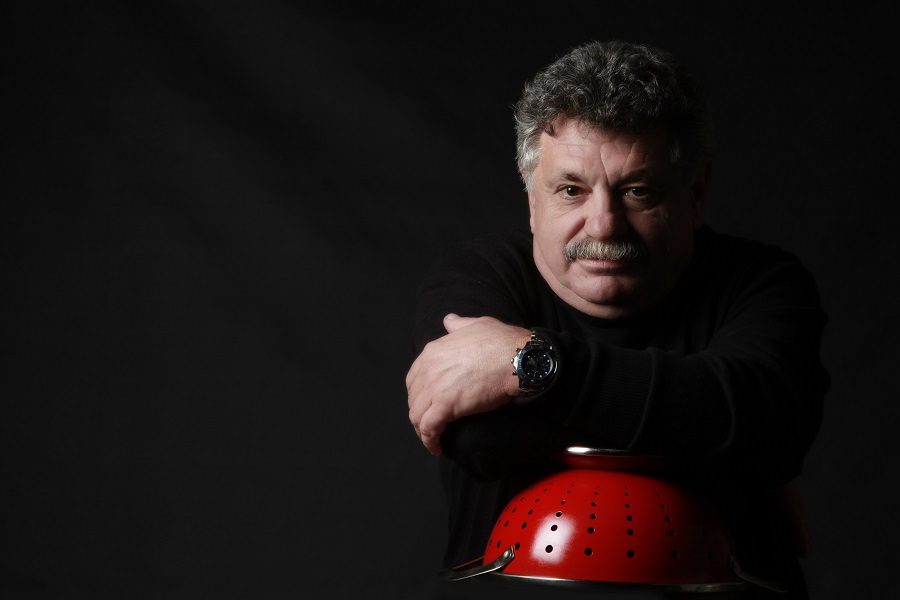 Acknowledged as the face of contemporary seafood cuisine in Greece, Lefteris Lazarou’s open-minded and informal approach to fine dining has made Varoulko a place of gastronomic pilgrimage.

“Food, should viscerally, instinctively, spiritually, transform you. It should, and has the power to inspire, astonish, shock, excite, delight and impress.” Anthony Bourdain, whose unfiltered opinions on food we’ve venerated, couldn’t have been more compelling in promoting the multi-sensory experience good food can evoke.

Those lucky enough to have experienced a meal at Varoulko can testify to the memories, smells, imagery they’ve associated with each mouthful. As a restaurateur for 32 years, Lazarou has consistently argued that eating is one of the few activities that involves all of the senses simultaneously.  Since launching Varoulko in 1987, Lazarou has tried to do just that – transport his diners to a world of beauty and indulgence, to capture their imagination in a different way by unravelling the mysteries of flavour perception and multi-sensory delight.:

While the dishes at Varoulko are visually brilliant, technically flawless and a joy to eat, Lazarou has little time for the frills and fussiness of fine dining. The style at Varoulko is relaxed. Its location on the waterfront at Mikrolimano, the sight of fishing boats trickling into the harbour, the music of swaying sail-masts, the scent of sea-spray already a play on your senses, even before the first dish has arrived.

Lazarou plays down any formality one might associate with a Michelin chef of 19 years, by sharing a hearty laugh with regulars, pausing to say hello to first-timers. The staff are as engaging as they are expert. That lack of primness doesn’t apply to the food which is cooked to regimented perfection.

As a person, Lazarou is humble to a fault. Curious, inventive and hardworking too, still waking up at 4 to get the choicest fish, the freshest produce.

His influence, beyond his transformative cuisine, is on the legions of young Greek chefs who trained with him. Most of the talented chefs cresting Greece’s quiet food revolution have trained in his kitchen, and learnt to elevate Greek cooking even before it became a thing.

Varoulko remains a destination for those willing to challenge their taste buds, as indeed, all their senses, with flavours and textures that never fail to excite.

When truth is far stranger than fiction

Anna Wintour: All bow to the Queen of Fashion