A Breath of Fresh Air: 5 Great Green Spaces in Athens 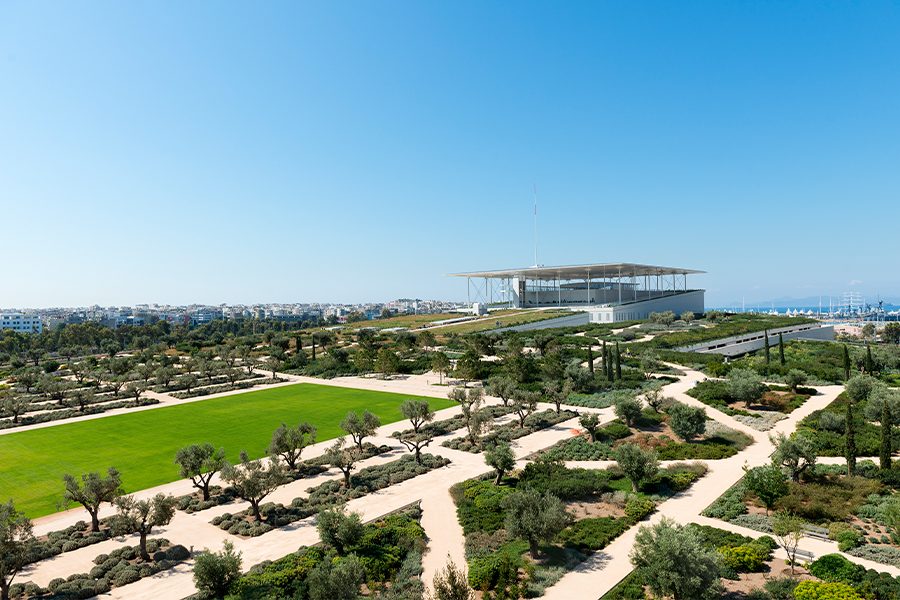 Insider takes a tour of some of the city’s finest ‘lungs’ that provide balm to the eye and soul, as well as a great year-round stage for jogging, biking and lazy weekend picnics. 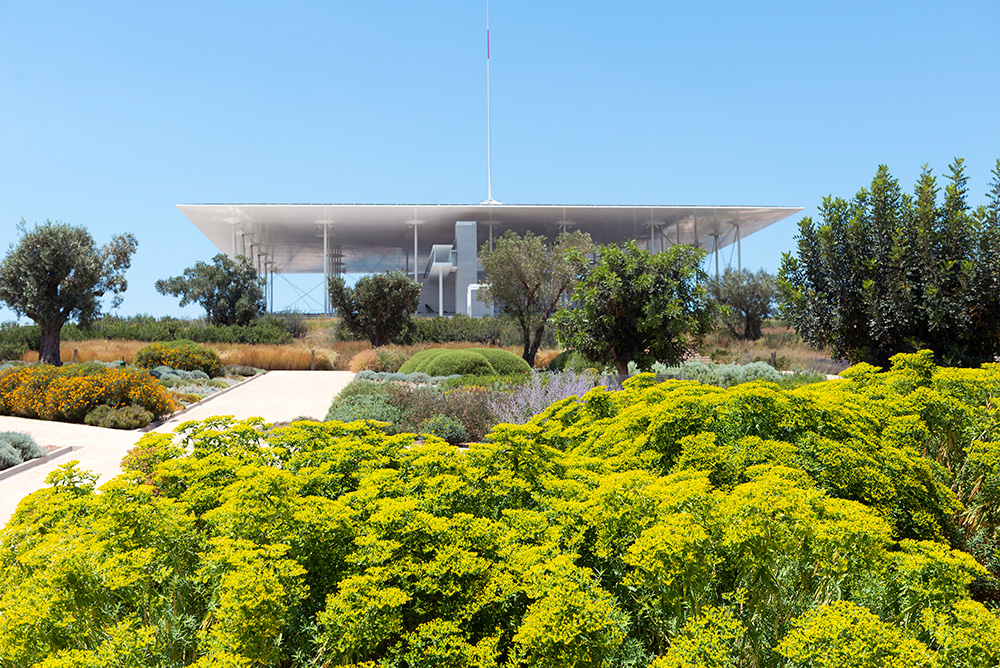 Athens’ newest green space enchants all who visit it. Since it opened mid-2016, SNFCC has quickly become a must-see for all visitors to the capital. It’s also been enthusiastically embraced by the citizens of Athens, who have taken great pride in the cultural complex’s cutting edge design and 5 star green credentials.

This lush garden landscape was designed to be a respite from the capital’s concrete contours. It sports canals, interactive fountains, creative playgrounds (including a circular labyrinth), lines of olive and pine trees – and many people’s favourite feature – a Great Lawn, which actually sits atop the Library and Opera House, making the hill the green roof for the structure. One of the largest in Europe, the green roof significantly reduces air conditioning requirements. The summit offers spectacular 360-degree views of the sea to the west, the Acropolis to the east, and the cultural and educational park below, as well as of the Agora, the central plaza between the Library and the Opera House. Bursting with community spirit, the Great Lawn hosts a full monthly programme of mostly free outdoor events such as yoga workshops, musical concerts, theatre performances and classic cinema screenings. 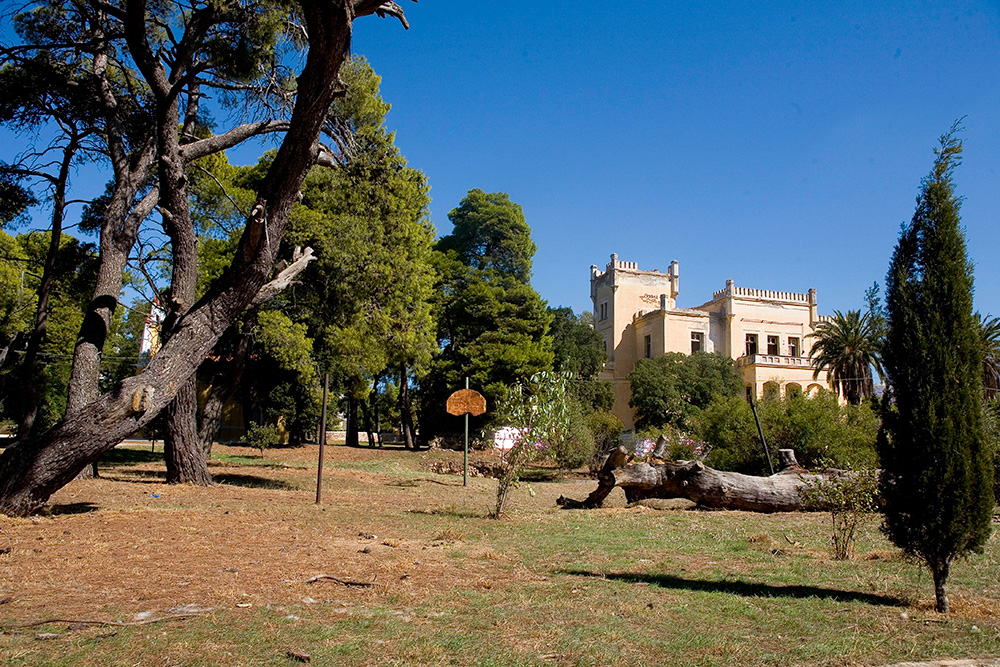 Syngrou Estate is a paradise in Attica. It is a place of amazing beauty, where you can find rare plants – even wild orchids in December. And the people who visit respect this park. Syngrou Estate is clean, devoid of rubbish and free of drug addicts even though it is accessible day and night through small entrances in the perimeter fence. The only problem is that from time to time the municipality comes out with plans to build in the park. Luckily, so far these efforts have been stymied by the Friends of Syngrou Forest. Also, it is a shame that the fabulous buildings inside the estate are suffering somewhat from neglect. Thankfully, the neo-Gothic church of Agios Andreas has been restored, but the Ernst Ziller mansion has seen better days. 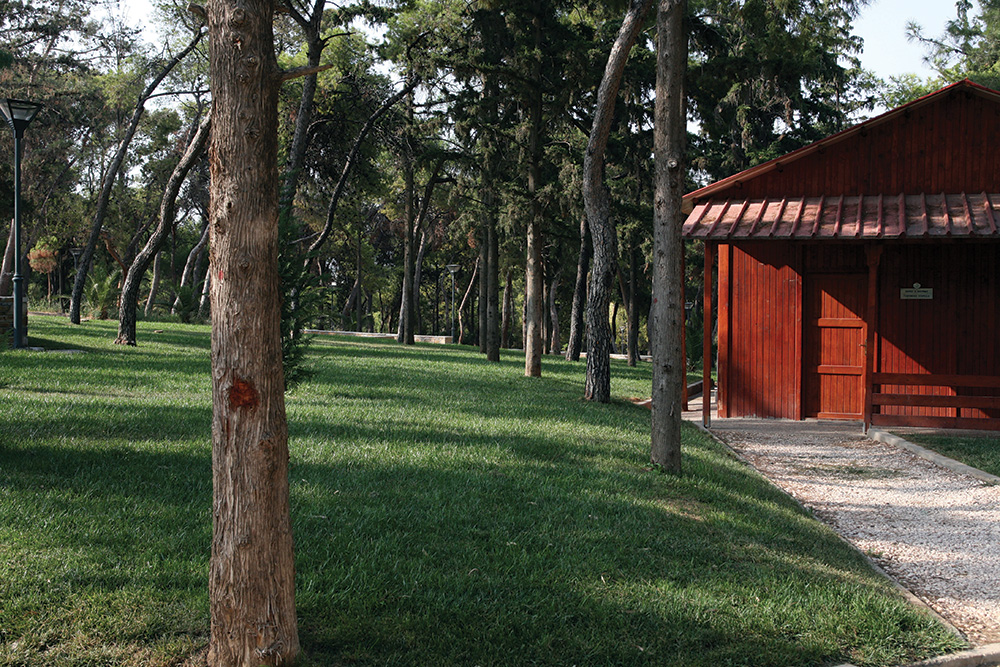 Nea Smyrni park is a peaceful oasis in a densely populated suburb. Though accessible, it has retained a neighbourhood quality that makes it all the more charming. It has many facilities, including play equipment for children, a giant chessboard, jogging lane and summer theatre (where the Karaghiozis Shadow puppet festival is held in May and Ionian cultural events in September). The park is child-friendly with frequent free play activities for children such as tag and bowling organized by the local municipality, as well as a notice board displaying special community fitness events at the park.

Going to the Tatoi estate is like an excursion: it feels far away from Athens, yet it’s only 10 minutes from Kifissia.  It’s a great open space to bike for about an hour and discover the estate, which is beautiful in a feral, natural way. The path winds right up to the impressive graves where one can read the history of the last two centuries in Greece engraved in stone. Tatoi Estate offers a fabulous escape into the wild. Do bring your bicycle or running gear to try out the trails (plus refreshments if you need them, as there are no shops in the vicinity). 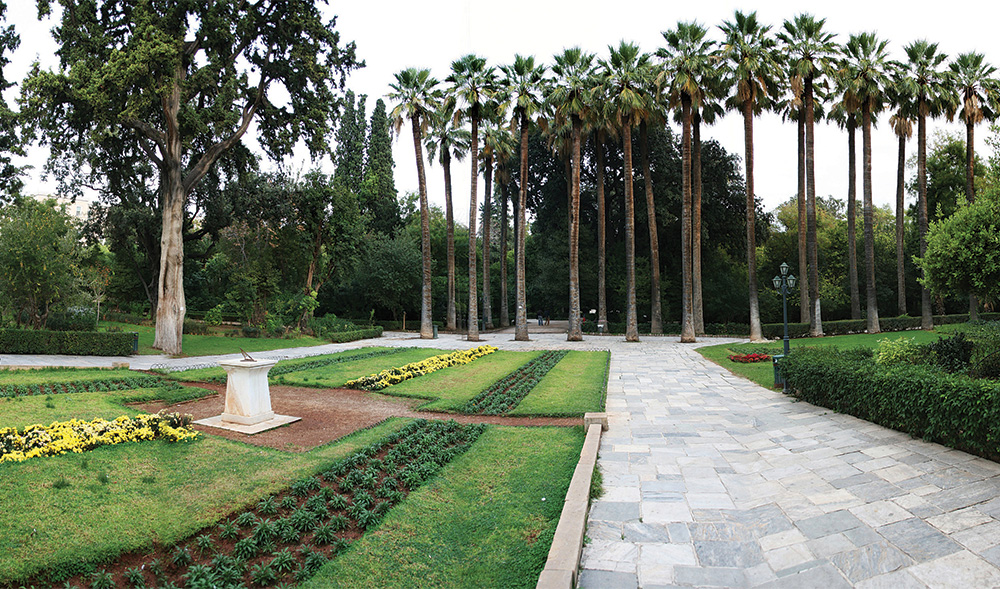 The incredible woodland canopy provided by the mature trees in the National Gardens still amazes the average passer-by. It is one of the most positive things about Greece’s first organised modern gardens, set out by Queen Amalia in the early-19th Century.

Queen Amalia’s original plan incorporated many exotics sourced and planted by her German gardener Friedrich Schmidt. The magnificent South American Phytolacca tree near the Botanical Museum dates right back to Amalia’s day. Modern plantings have often followed this example –the 40-year-old Ceiba indica, a spreading deciduous tree from India, is believed to exist nowhere else in this country.

“It is the quintessence of a park, the thing one feels sometimes in looking at a canvas or dreaming of a place one would like to be in and never finds.” Henry Miller, 1939 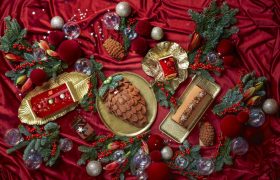 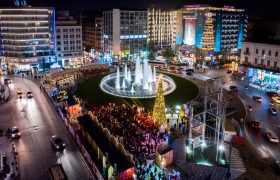 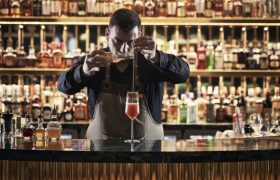 Thanassis, a meat restaurant that lives up to its reputation seven decades on

Up and running: 5 great jogging trails