From flying urns to burning effigies of Judas, Athens Insider rounds up five destinations in Greece where Easter is always an affair to remember! 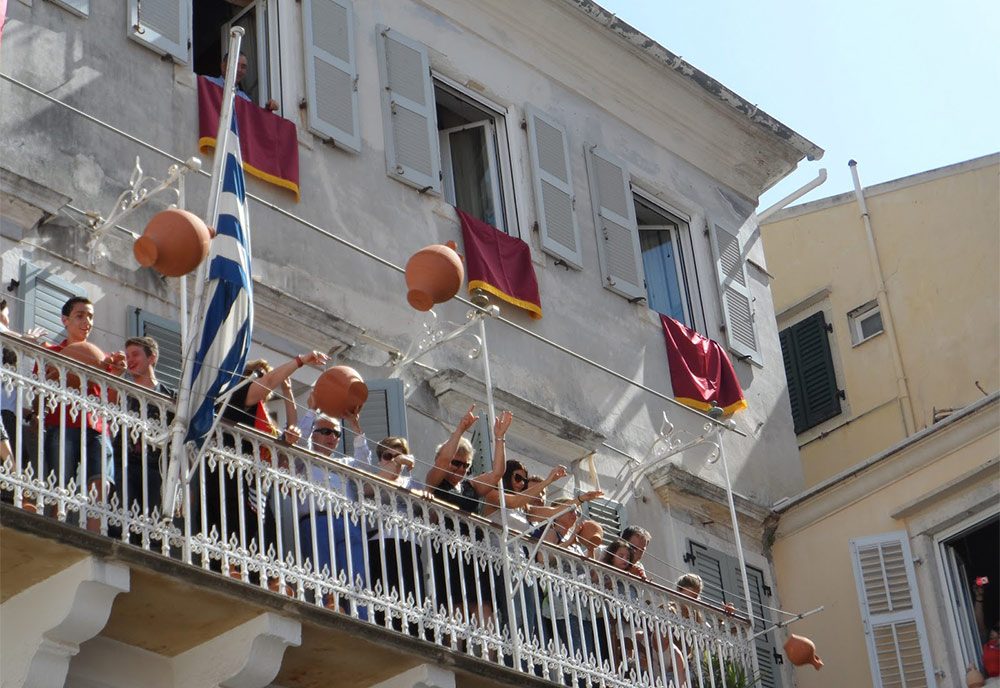 Wearing a helmet might be a good idea as pots come flying off balconies on Holy Saturday in the verdant island of Corfu! Dating back to Venetian customs from the 16th century when useless objects and pots were jettisoned out of windows, the Corfiot tradition of breaking clay delivers a loud message that death has been beaten by the Resurrection of Christ. Cheerful, red banners of life replace morose, purple ones and a street party breaks out on Liston square.

The sparks really fly in Chios 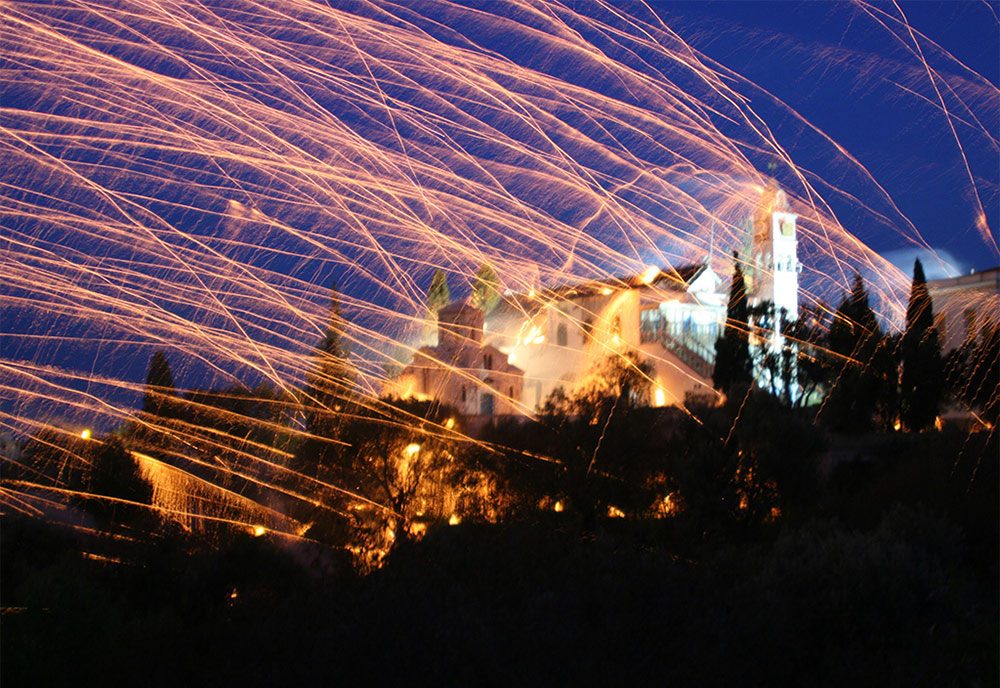 A virtual fireworks battle breaks out between rival parishes on the Greek island of Chios who engage in a most unusual and dangerous Easter tradition that traces back to the Ottoman era. Perched on opposite hillsides, the churches recreate an annual missile war – the visual imagery and of course, the decibel levels are quite something!

Lighting up the skies in Leonidio

The skies fill out with the breath-taking sight of floating lanterns made of colourful reed paper (pictured above), as Leonidio’s five parishes hand out paper balloons to the devout when the first ‘Christ is risen’ is uttered. It is widely believed that the custom was adopted by local sailors in the late 19th century who were inspired by the Loi Krathong festivities in Thailand! 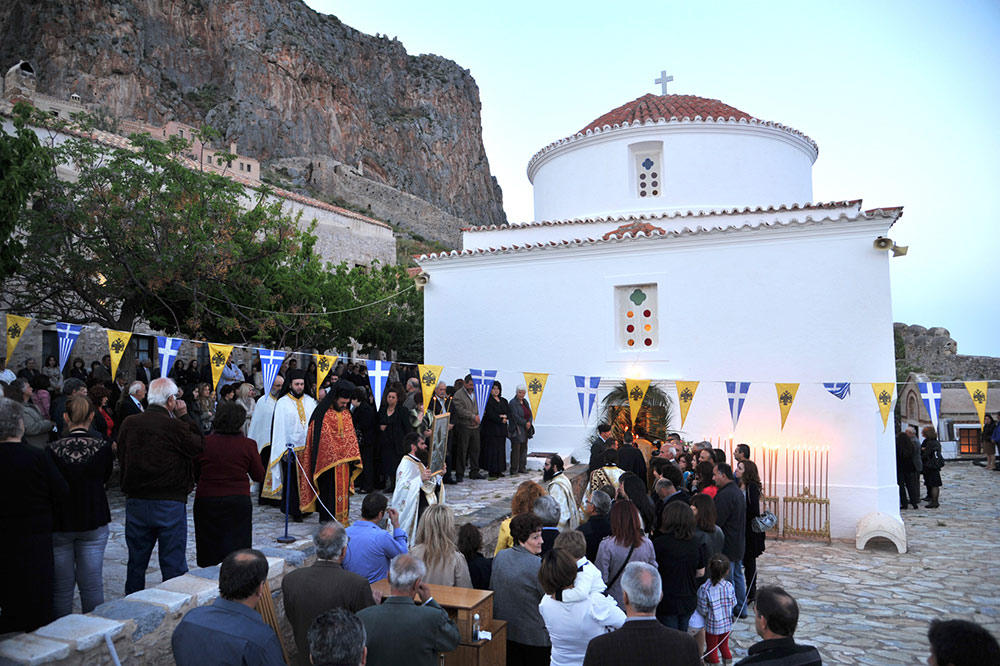 The solemnly beautiful Good Friday procession of the Epitaph around the cobbled lanes of the medieval fortress town (kastro) of Monemvasia and the mystical chanting of Easter hymns weave its own kind of magic – add to it the sight of the devout carrying candles along a 2km stretch from the fortress into the city – simply enchanting! Take in the ancient ritual of burning Judas’s effigy on Easter Sunday evening – explosives and all! 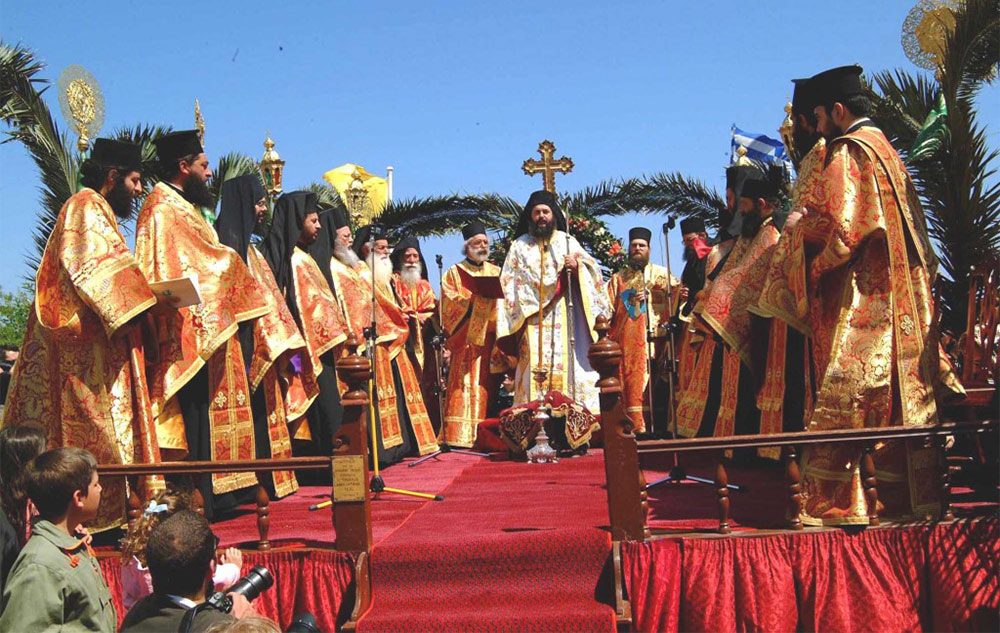 In the lead up to Easter, churches on Patmos (the island of St. John the Baptist), are decked out with flowers and the sound of liturgies ring the air. One of the unique Easter customs on Patmos is the ‘Washing of the Feet’ with the reverend priest taking the place of Jesus and washing the feet of the 12 apostles at the Last Supper. On Easter Sunday, a Resurrection rite takes place at the Monastery of Patmos during which the Evangelio or the Gospel is read out in Italian, French, Russian, English, German and Serbian and, also, in Homeric Greek.

Daniel Craig to heat up Spetses this summer

Why interest in real estate on the Greek islands is soaring