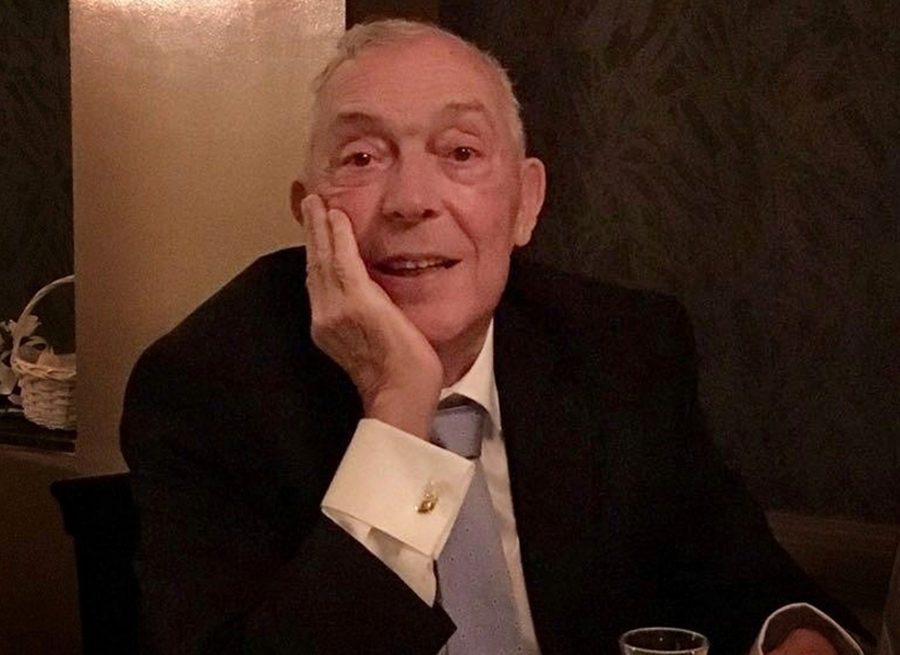 Mr. Lefakinis, who was born in Athens, Greece and came to the United States as a 13 year old student on scholarship, became the first to realize the enormous potential of yachting in Greece when he opened Valef Yachts in 1969. An intrepid entrepreneur and lifelong promoter of international tourism to Greece, Mr. Lefakinis helped modernize the industry and usher in a new era of economic growth.

An Entrepreneur from the Start

Mr. Lefakinis was just 13 when he first travelled from his native country of Greece to the United States. The son of an accountant father and educator/entrepreneur mother, Mr. Lefakinis lied about his age in order to apply for a scholarship to Hackly School in Tarrytown, NY. He won the scholarship and sold Palmolive soap on the street to raise money for travel. While at Hackly, Mr. Lefakinis started a soccer team and led fundraising initiatives for his friends and classmates back home.

Mr. Lefakinis was awarded a full scholarship to The Wharton School at The University of Pennsylvania where he received his Bachelor’s degree before starting a career in sales at Filtrine Manufacturing in New York City. He sold water filtration systems to companies and governments throughout the Middle East and quickly rose to the position of President. Mr. Lefakinis loved to travel and make connections, and by the late 1960’s was beginning to wonder how he could channel those connections, his Ivy League education, and his natural knack for sales back into his native country of Greece.

A Life of Thriving on Challenge and Ushering in Change

In 1969, Greece was ruled by a military junta and still struggling to recover from the Civil War that had crippled it after World War II. “At the time there were no marinas and only about 30 yachts,” Mr. Lefakinis told The National Herald in 2007. “There was no national concept of the wealth Greece had to offer the yachting world. Its unique history, civilization, hospitality, 4,000 islands and 13,000 miles of seashore, twice that of the Unites States where only 18 percent of the coastline is yacht-friendly, compared to Greece’s 99 percent.”

The natural resources were undoubtedly there. Greece boasts more coastline than any other country in the Mediterranean, and 2500 years of civilization with ancient ruins still glowing in sun. But in 1973, with political unrest and the junta still in control, even the New York Times seemed skeptical of the venture: “Bill Lefakinis, a Greek‐born American G.I., has embarked on a plan to make the Greek waters the world’s largest yachting center… Lefakinis, who learned the precipitous dangers of shooting craps while he served with the United States Army in Germany, now is willing to risk his life’s savings, the profits that Valef Yachts have earned to date, and any and all financing he can develop to expand his yacht chartering program.”

But where others saw a lack of infrastructure and interest, Mr. Lefakinis saw potential. He convinced 20 of those 30 yacht owners to let him charter their boats, and culled his every resource to open an office in the port town of Piraeus, which would later move to Alimos on the so-called “Athenian Rivera” — a phrase that if Mr. Lefakinis didn’t coin, his daughters Alexandra and Kassandra say, he certainly helped create.

Word of mouth spread quickly. A brilliant marketer, Mr. Lefakinis knew that the best possible publicity for the Greek islands were celebrities, starting with Kenny Rogers and quickly followed by a long list of boldfaced names including Bruce Springsteen, Sting, The Beatles, Bo Derek, John Wayne, Christie Brinkley, and Charlton Heston. Hugh Hefner brought his bunnies, Fortune 500 CEOs brought their clients, and ambassadors and heads of state brought their families and friends.

Mr. Lefakinis knew that a rising tide lifts all boats, and in 1973 arranged for the Miss Universe pageant to be broadcast from Athens, the first time it had ever been held outside the United States. He was featured in Robin Leach’s “Lifestyles of the Rich and Famous” and was often stopped on the street in Greece and abroad by people wishing to thank him for what he had done for Greece.

Today, tourism in Greece accounts for a quarter of its GDP and brings in over $50 billion a year in critical revenues. A study conducted in 2012 by Aristotle University concluded that Greece owes its enormous boom in tourism to the shift that occurred in the 1970s when tourists began venturing beyond Athens to the islands and coastal regions.

A Family Legacy and Love at First Sight

In 1978, Mr. Lefakinis spotted his future wife, Philadelphia-born Kathy Speece, at the port. Within a few short weeks of introducing himself he had proposed, and the couple settled in Ambler, PA where they raised two daughters and grew Valef Yachts side by side. Together they owned numerous yachts, which they chartered as well, including one that Aristotle Onassis gave Grace Kelly and Prince Ranier of Monaco as a wedding gift. This yacht Bill named after his mother, Angela.

A lifelong yachting enthusiast and deeply devoted husband and father, Mr. Lefakinis was especially proud to have his daughters join him and his wife in the family business where they continue to pursue his legacy of making Greece the number one yachting destination in the world. Always friendly, generous, chatty, and warm, Mr. Lefakinis enjoyed telling stories, making people laugh, and giving them invaluable business advice. He was happiest when surrounded by family, and had recently returned from a trip Greece where they had spent Christmas together, and where he had learned that he was going to become a grandfather for a second time.

In addition to his beloved wife of 40 years, Mr. Lefakinis is survived by his two daughters, Alexandra A. Lefakinis, of Athens, Greece, and Kassandra M. Lefakinis and her husband Achilleas Kyrtsis, also of Athens, Greece; a granddaughter, Anassa, and a grandson expected to be born the summer.

Lockdown guidelines: What to do if you need to step out.