What you need to know about ordering coffee in Greece 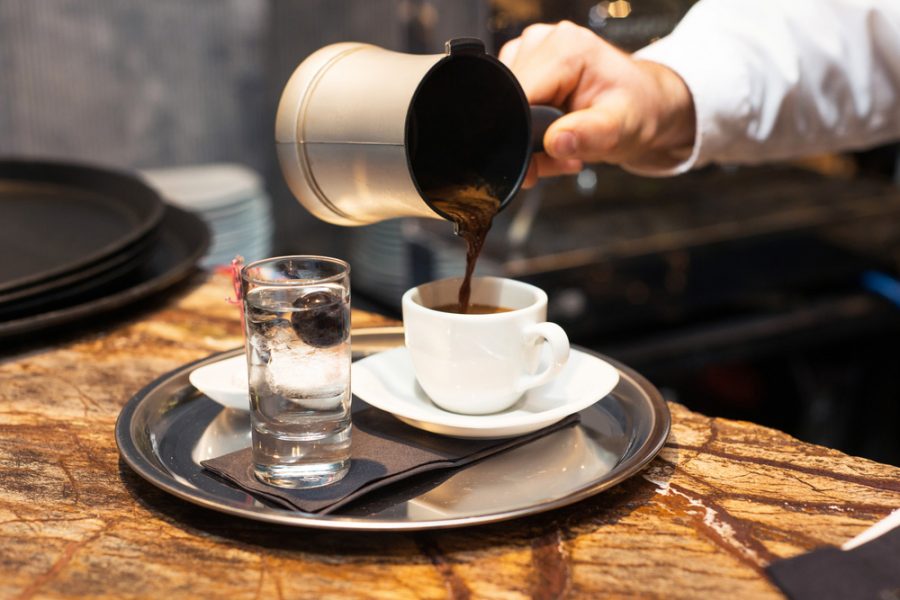 Mastering the complex glossary of the coffee-ordering ritual can be daunting. But fear not, Insider deciphers the Greek coffee code to make your summer a caffeine-filled one.

When ordering traditional Greek coffee, the four magic words you need to master are: sketos, if you’d like it without sugar, metrios, with a teaspoon of sugar, glykos, sweet, with 2 teaspoons of sugar or variglykos, cloyingly sweet and strong! If you don’t care to specify, the coffee is usually served moderate to sweet. Kaimaki is the bubbly foam that forms on top of the cup. Briki is the copper (or steel) pot with a long handle used to brew Greek coffee.

To order a cold espresso or cappuccino, just say freddo first and then follow it with espresso or cappuccino. While the frappe is certainly the most commonly known of the cold coffees, and certainly a Greek favourite, plenty of coffee-guzzlers prefer a freddo cappuccino or espresso. For frappes, you will need to specify if you like it with milk me gala or without milk horis gala, or if you’d like it with heavy cream me crema.

5 FUN FACTS YOU DIDN’T KNOW ABOUT GREEKS AND COFFEE:

This country might spend a big chunk of its waking hours gulping down coffee but raising a cup to toast ones fellow coffee-drinkers is considered bad luck.

2. A lot of coffee is gulped here, morning, noon and night

The coffee industry in Greece is estimated to be worth close to €990 million, with Greeks consuming almost 66,000 tons of it in 2015.

3. The Nation that gave the world a taste for Cold Coffee

Cold brew may be one of 2016’s biggest trends, but cold coffee’s been around for a while. Greeks created the frappé in 1957 but they didn’t stop there: they then invented the freddo cappuccino and the freddo espresso in 1993.

Greece’s population may number only 11 million, but they’ve produced 10 world champion baristas since 2005.

5. Tasseography anyone? Your future in a cup!

Fortune-telling by reading the dregs of a coffee cup has been an entertaining party trick for centuries. You can try some ‘kafemandeia’ on your own by divining these caffeine symbols: apparently the bottom part of the cup represents people, situations, or ideas from your past, the middle part on the sides of the cup represents the present whilst the top part indicates what’s to come!